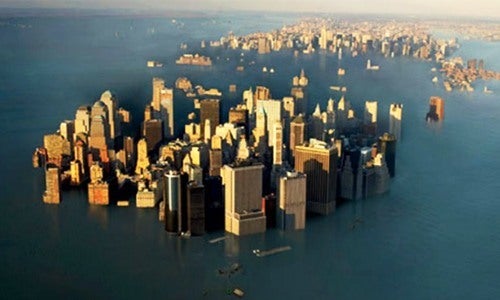 If a new scientific paper is proven accurate, the international target of limiting global temperatures to a 2°C rise this century will not be nearly enough to prevent catastrophic melting of ice sheets that would raise sea levels much higher and much faster than previously thought possible.

According to the new study—which has not yet been peer-reviewed, but was written by former NASA scientist James Hansen and 16 other prominent climate researchers—current predictions about the catastrophic impacts of global warming, the melting of vast ice sheets and sea level rise do not take into account the feedback loop implications of what will occur if large sections of Greenland and the Antarctic are consumed by the world’s oceans. 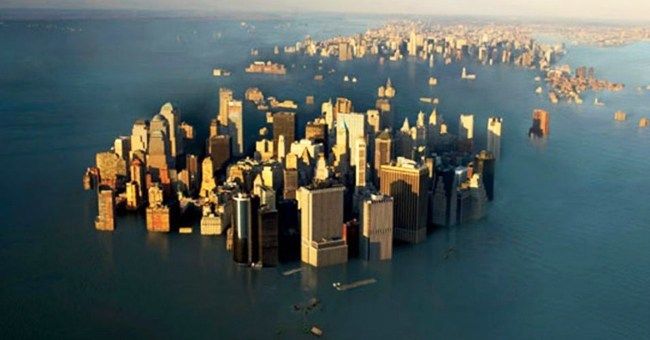 A summarized draft of the full report was released to journalists on Monday, with the shocking warning that such glacial melting will “likely” occur this century and could cause as much as a 10 foot sea-level rise in as little as 50 years. Such a prediction is much more severe than current estimates contained in reports issued by the Intergovernmental Panel on Climate Change (IPCC)—the UN-sponsored body that represents the official global consensus of the scientific community.

“If the ocean continues to accumulate heat and increase melting of marine-terminating ice shelves of Antarctica and Greenland, a point will be reached at which it is impossible to avoid large scale ice sheet disintegration with sea level rise of at least several meters,” the paper states.

Separately, the researchers conclude that “continued high emissions will make multi-meter sea level rise practically unavoidable and likely to occur this century. Social disruption and economic consequences of such large sea level rise could be devastating. It is not difficult to imagine that conflicts arising from forced migrations and economic collapse might make the planet ungovernable, threatening the fabric of civilization.”

The Daily Beast‘s Mark Hertsgaard, who attended a press call with Dr. Hansen on Monday, reports that the work presented by the researchers is

warning that humanity could confront “sea level rise of several meters” before the end of the century unless greenhouse gas emissions are slashed much faster than currently contemplated.

This roughly 10 feet of sea level rise—well beyond previous estimates—would render coastal cities such as New York, London, and Shanghai uninhabitable. “Parts of [our coastal cities] would still be sticking above the water,” Hansen said, “but you couldn’t live there.”

This apocalyptic scenario illustrates why the goal of limiting temperature rise to 2 degrees Celsius is not the safe “guardrail” most politicians and media coverage imply it is, argue Hansen and 16 colleagues in a blockbuster study they are publishing this week in the peer-reviewed journal Atmospheric Physics and Chemistry. On the contrary, a 2C future would be “highly dangerous.”

If Hansen is right—and he has been right, sooner, about the big issues in climate science longer than anyone—the implications are vast and profound.