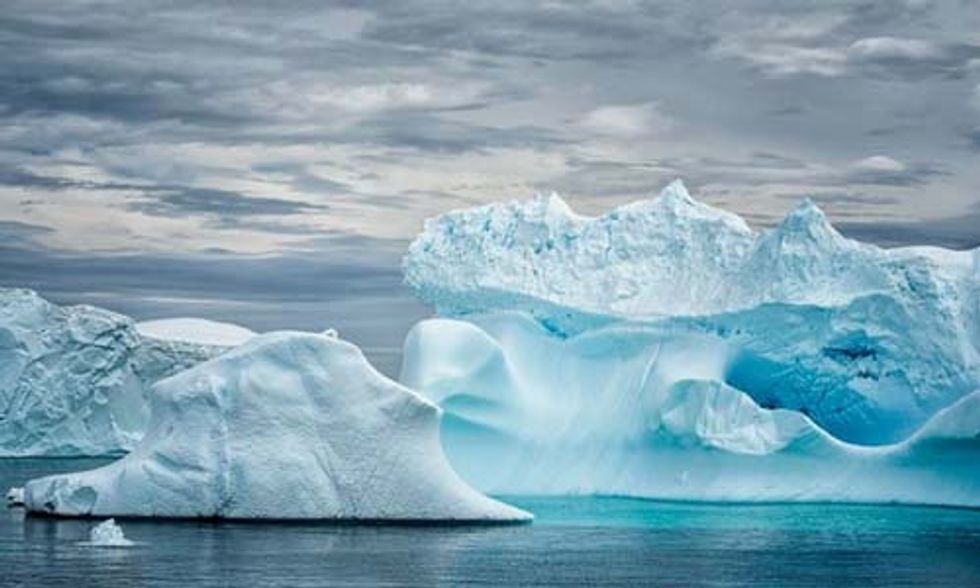 Dr. James Hansen, the former NASA scientist who is widely credited with being one of the first to raise concerns about human-caused global warming, is a co-author of a new report predicting that the world will undergo devastating sea level rise within mere decades—not centuries, as previously thought.

Taking into consideration "rapid, large, human-made climate forcing," the study predicts a much more accelerated rate of sea level rise of several meters, beyond that which humanity is capable of adapting to. Photo credit: Christopher Michel/cc/flickr

The report, published Tuesday in the open-access journal Atmospheric Chemistry and Physics, paints an even bleaker picture of the planet's future, positing that continued high fossil fuel emissions will "increase powerful storms" and drive sea-level rise of "several meters over a timescale of 50 to 150 years."

Hansen, who now serves as the director of the Climate Science Awareness and Solutions program at Columbia University Earth Institute, published the findings along with an international team of 18 researchers and academics.

Nonetheless, Michael Mann, a renowned climate scientist with the University of Pennsylvania, who is among those questioning some of the report's "extraordinary" claims, told the New York Times, "I think we ignore James Hansen at our peril."

The peer-edited report examines growing ice melt from Antarctica and Greenland and studies how that melting has historically amplified "feedbacks that increase subsurface ocean warming and ice shelf melting." Taking into consideration "rapid, large, human-made climate forcing," the study predicts a much more accelerated rate of sea level rise of several meters, beyond that which humanity is capable of adapting to.

Or, as Hansen put it, "We’re in danger of handing young people a situation that’s out of their control."

These staggering claims come as climate scientists continue to reel from the frightening speed at which the Earth is warming. On Monday, the World Meteorological Organization (WMO, issued a report warning that climate change is occurring at an "alarming rate" and that world leaders must act to curb greenhouse gases now, "before we pass the point of no return."

In a video released alongside the new report, Hansen, who left his position at NASA in 2013 so that he could fully commit himself to fighting climate change, says that the paper explores the consequences of continued greenhouse gas emissions. These include "superstorms stronger than any seen in modern times," sea level rise that will erase "all coastal cities," and, finally, "how soon we will pass points of no return."