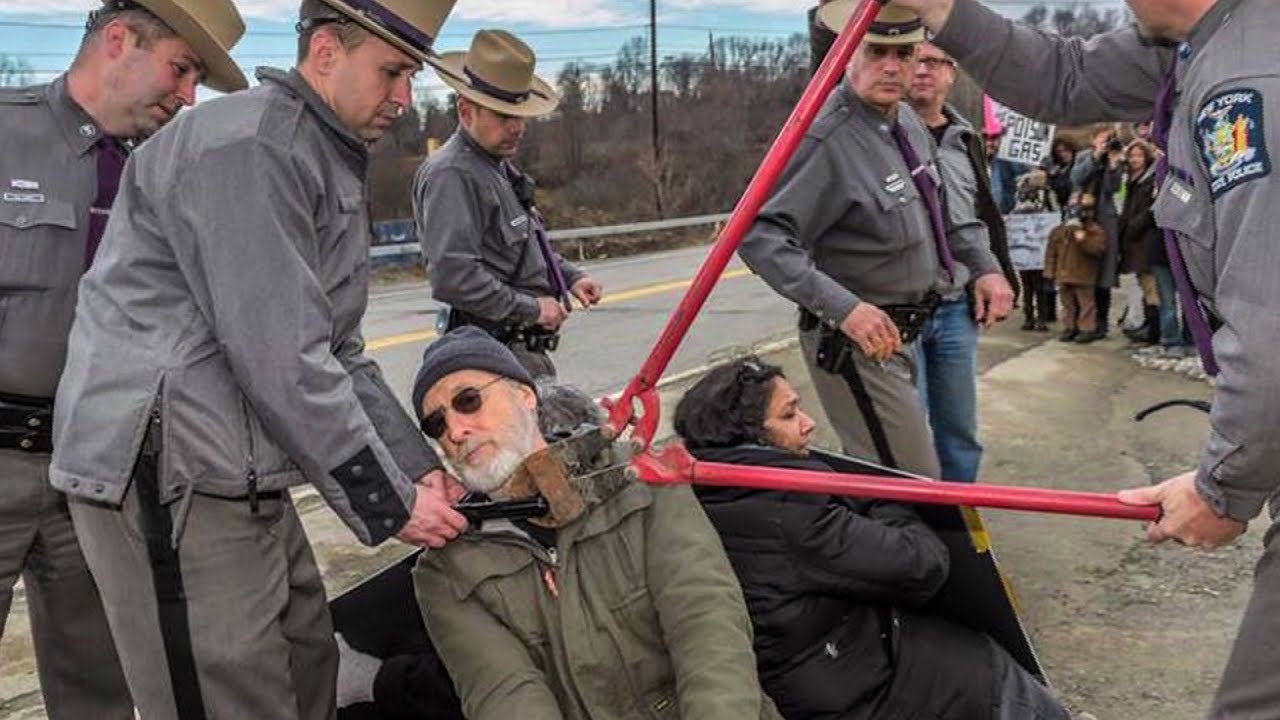 Oscar-nominated actor James Cromwell is reporting to jail at 4 pm Friday in upstate New York after he was sentenced to a week behind bars for taking part in a nonviolent protest against a natural gas-fired power plant. Cromwell said he’ll also launch a hunger strike. He was one of six activists arrested for blocking traffic at the sit-in outside the construction site of the 650-megawatt plant in Wawayanda, New York, in December of 2015. The activists say the plant would promote natural gas fracking in neighboring states and contribute to climate change.

James Cromwell is known for his roles in some 50 Hollywood films, including Babe, The Artist, The Green Mile and L.A. Confidential, as well as many television series, including Six Feet Under. Democracy Now! spoke to him Thursday along with one of his co-defendants, Pramilla Malick. She is the founder of Protect Orange County, a community organization leading the opposition of the fracked gas power plant. She ran in 2016 for the New York state Senate.