21 Dead, 62,000 Displaced in Deadliest Flooding to Swamp Jakarta in Years 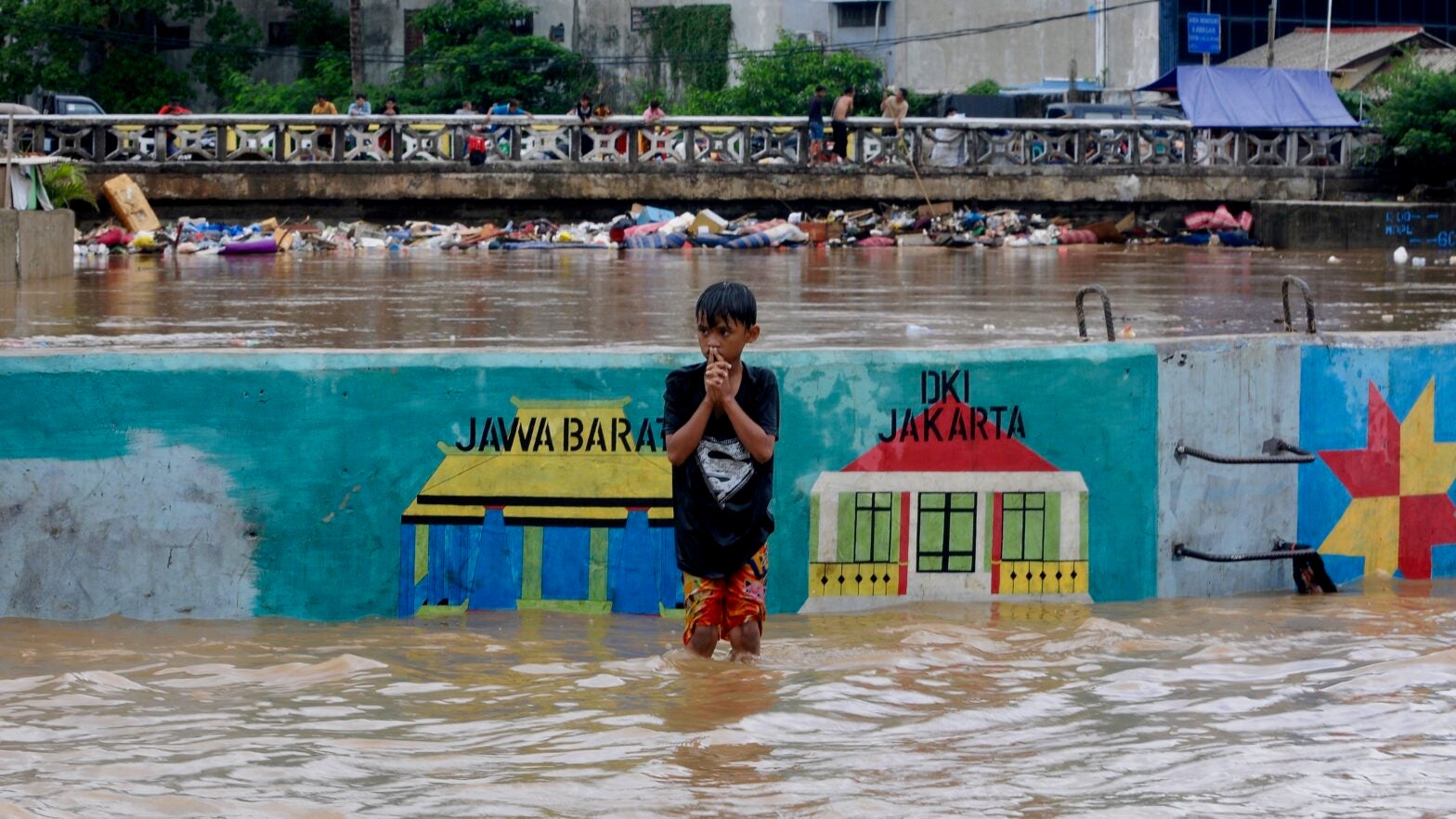 At least 21 people have died in some of the deadliest flooding to swamp Jakarta in years, according to the latest report from Reuters.

Unusually heavy rain began to fall in and around the Indonesian capital Dec. 31, 2019: 377 millimeters (approximately 14.8 inches) were recorded New Year’s Eve at an East Jakarta airport by the Meteorology, Climatology and Geophysics Agency (BMKG). That’s the highest rainfall tally for a single day since records began in 1996, BBC News reported.

“This rain is not ordinary rain,” the BMKG said in a statement reported by The Jakarta Post.

At least 21 people have died in severe flooding in Indonesia's capital, Jakarta

The city is having its most intense rainfall in 24 yearshttps://t.co/e3yh1kSbb2 pic.twitter.com/GZ1bo2Lwdj

The BMKG said the extreme rainfall was caused by the combination of a monsoon and the fact that warmer Indian Ocean temperatures south of Java had allowed more water vapor to accumulate in the atmosphere.

The climate crisis generally is causing more extreme rainfall because a warmer atmosphere can hold more moisture and because more water is evaporating off the ocean, The Climate Reality Project explained. Jakarta is also especially vulnerable to flooding because it is the fastest sinking city in the world: a combination of sea level rise and land sinking caused by the drilling of groundwater wells and the weight of its buildings means much of North Jakarta could be underwater by 2050. Because of this, Indonesian President Joko Widodo announced plans to relocate the capital last year.

The current New Year’s flooding has displaced more than 62,000 people in Jakarta alone, according to Reuters.

A family use an inflated inner-tube to leave their home after rain caused flooding in Jakarta, Indonesia

“It has not flooded for so long here. We didn’t have the chance to bring anything,” 52-year-old evacuee Umar Dani told Reuters. “I have to live on the streets now.”

The death toll is the highest for flooding since 2013, BBC News reported. The victims, aged between eight and 82, died from hypothermia, drowning and landslides. One 16-year-old boy, Arviqo Alif Ardana, was electrocuted, Al Jazeera reported.

“I did not know what had happened until his younger brother came and told me that his brother had died and when I came to the scene, people said that my child was electrocuted when he was holding a lamp post and tried to be rescued by local residents (but failed and died),” his father, Al-Latif Ilyas Darmawan, said.

Widodo told reporters Thursday that evacuations and safety precautions would be prioritized, Reuters reported. He also said on Twitter that flood mitigation projects had been delayed since 2017 because of problems with land acquisition.

Heavy rains are expected to last until Jan. 7, according to Indonesia’s Cabinet Secretary. But Dwikorita Karnawati, head of the geophysics agency, told reporters rains could fall until mid February.