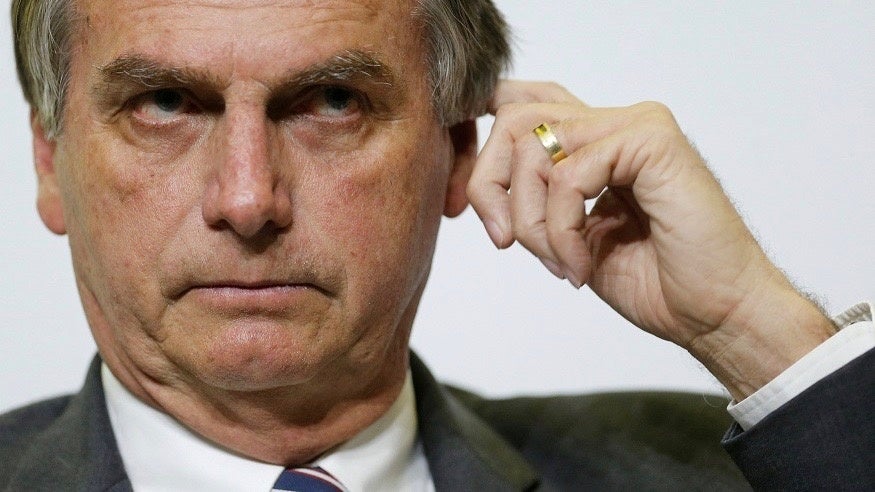 Despite confirmation this week that the deforestation rate in the Amazon rainforest is at its highest in more than a decade, far-right Brazilian President Jair Bolsonaro refuses to take the problem seriously.

When confronted with findings from Brazil‘s National Institute for Space Research (INPE) that deforestation between August 2018 and July 2019 was at its highest rate since 2008, Bolsonaro wrote them off as inevitable.

“Deforestation and fires will never end,” Bolsonaro told reporters in Brasilia Wednesday, according to The Washington Post. “It’s cultural.”

No, it's not The Onion, it's a threat. A threat to indigenous peoples, to the Amazon, to all of us:@washingtonpost: "Brazil’s Bolsonaro calls Amazon deforestation ‘cultural,’ says it ‘will never end’" https://t.co/GwwRJk9Fda#StopBolsonaro #SaveTheAmazon #DefendEarthDefenders

Former INPE researcher and member of the Brazilian Academy of Sciences Carlos Nobre told Folha De S. Paulo that there had been a persistent culture of deforestation in Brazil since the arrival of the Portuguese. He noted that during the military dictatorship that governed Brazil from the 1960s to the 1980s, land donated by the government was cleared in order to obtain agricultural loans from the Bank of Brazil.

But cultural doesn’t mean unchangeable. The Washington Post noted that a high deforestation rate in the 1990s declined when Brazil’s environmental agency IBAMA began to actively fight illegal mining and logging in the forest. Bolsonaro, however, campaigned on a promise to open the Amazon to development, and critics say he has weakened enforcement. Despite a year marked by environmental catastrophes including record fires in the Amazon and a devastating oil spill, IBAMA handed out its lowest number of fines since 2000 from January to September of Bolsonaro’s first year in office.

“About 90 percent of the destruction of the forest occurs illegally,” Marcio Astrini, public policy coordinator at Greenpeace Brazil, told The Washington Post. “Therefore, the only cultural aspect of deforestation in the Amazon is the culture of forest crime, which the government does not seem to want to confront.”

Bolsonaro’s remarks also ignore other cultures in Brazil that rely on the forest for their way of life: the region’s indigenous communities that are also threatened by Bolsonaro’s pro-development rhetoric. Indigenous forest guardian Paulo Paulino Guajajara was murdered by illegal loggers earlier this month, and advocates say the blame ultimately lies with Bolsonaro’s promises to open indigenous reserves to industry.

“President Bolsonaro wants to destroy the indigenous peoples of Brazil. His racism and hate encourage miners and loggers to invade our territories and kill our people. Well, I’ve got news for him – we love our lands much more than he hates us, and we will never allow him to destroy us, or the forests we have protected for so long,” Sonia Guajajara, the Executive Coordinator of the Association of Indigenous Peoples of Brazil (APIB), said at a protest this month reported by Survival International.

Bolsonaro’s remarks contradict other members of his government, who have pledged to tackle deforestation following the release of the latest INPE figures.

“We are already preparing a stronger policy to contain fires,” Heleno said. “Everybody is convinced we must tighten enforcement.”