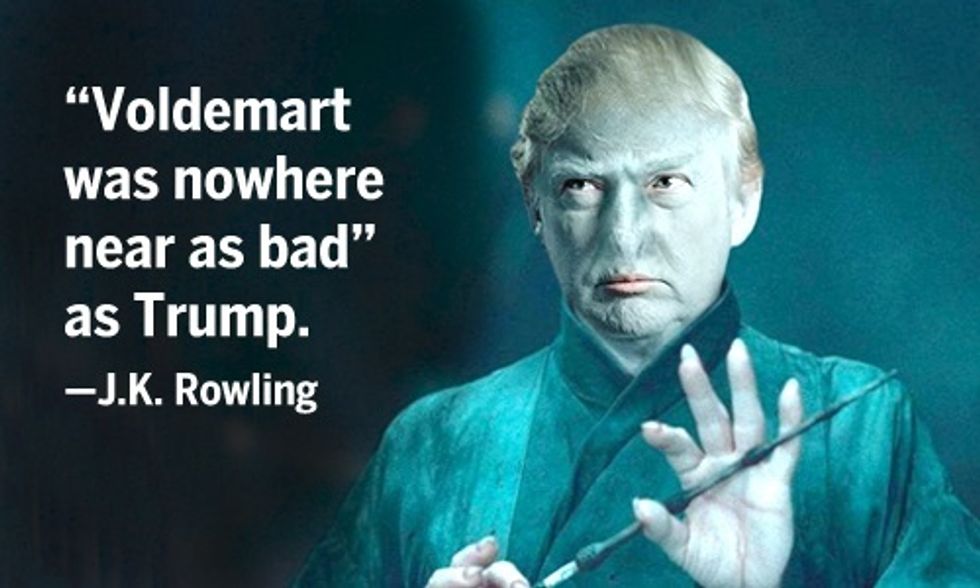 Following the deadly attacks involving Islamic extremists in Paris and San Bernardino, California, Donald Trump in a press release yesterday called for a "total and complete shutdown of Muslims entering the United States." This sparked an intense backlash from, not only the general public, but even his GOP rivals and other Republicans.

ISIS wants nothing more than for westerners to reject&vilify the Muslims living here The more we hate the more we legitimize them Fuck trump
— Bianca Adamo (@Bianca Adamo)1449538063.0

[email protected] has gone from making absurd comments to being downright dangerous with his bombastic rhetoric.
— Lindsey Graham (@Lindsey Graham)1449526344.0

Jeb Bush called Trump "unhinged," while former Vice President Dick Cheney said it "goes against everything we stand for and believe in."

On Trump's Muslim ban, @ChrisChristie: "This is kind of thing people say when they have no experience & no idea what they're talking about."
— Matt Katz (@Matt Katz)1449525131.0

Trump campaign manager Corey Lewandowski told CNN yesterday that the ban should apply to Muslims looking to immigrate to the U.S., as well as those looking to visit as tourists "until our country's representatives can figure out what is going on." He added, "it does not apply to people living in the country, except we have to be vigilant."

Trump doubled down on his statement this morning. "You're going to have many more World Trade Centers if you don't solve it—many, many more and probably beyond the World Trade Center," referring to the Sept. 11, 2001 attacks in New York City, the deadliest attack on American soil since Pearl Harbor.

Sierra Club Executive Director Michael Brune said, “Donald Trump’s comments are disgraceful, unpresidential and should be repudiated by all responsible individuals and organizations in America.”

"This is not conservatism," said House Speaker Paul Ryan (R-WI) today in a televised statement. "What was proposed yesterday is not what this party stands for, and, more importantly, it's not what this country stands for."

Trump has been increasingly compared to Adolf Hitler, which he said he's fine with. But the comparison that has really seemed to stick is that of Voldemort, which has Harry Potter fans everywhere atwitter. There's even a hashtag: "Voldetrump."

Please stop clicking on or watching me anything about Trump. The attention only makes it worse. Treat him like Voldemort and he'll go away.
— Shane S (@Shane S)1449552010.0

Maybe the only way to stop Trump is to give him the Voldemort treatment #HeWhoMustNotBeNamed
— Mansur Gidfar (@Mansur Gidfar)1449530565.0

Fortunately, to settle the debate over who is more evil, J.K. Rowling herself weighed in: