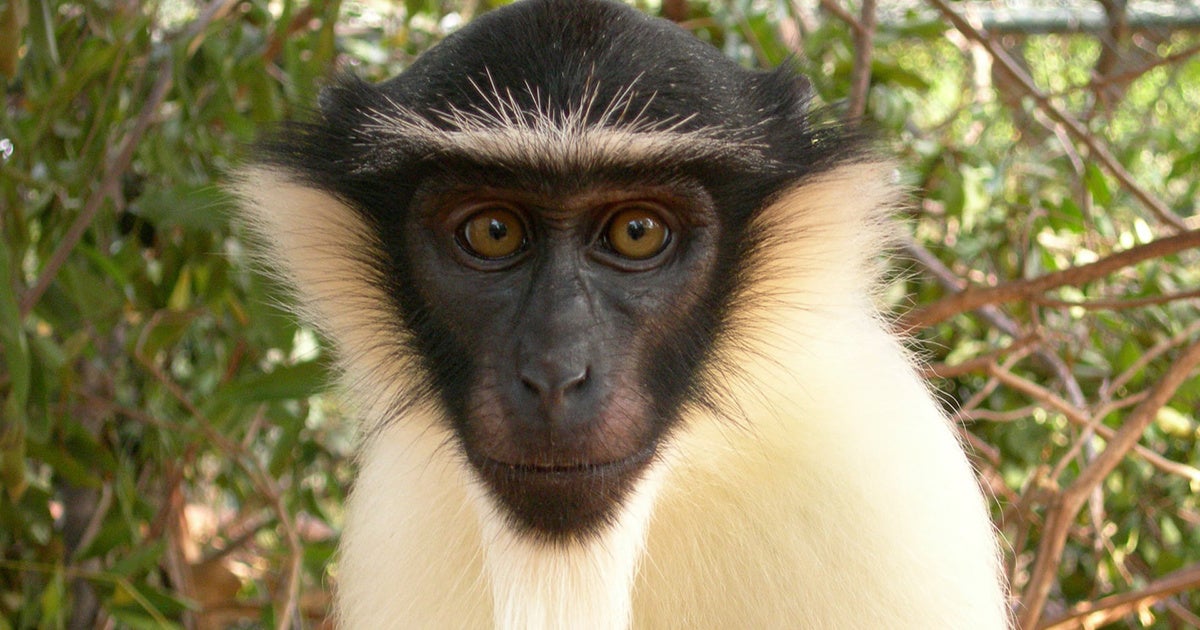 The Roloway monkey has been pushed closer to extinction. Sonja Wolters / WAPCA / IUCN

The statistics around threatened species are looking grim. A new report by the International Union for Conservation of Nature (IUCN) has added more than 9,000 new additions to its Red List of threatened species, pushing the total number of species on the list to more than 105,000 for the first time, according to the Guardian.

The IUCN last published its definitive assessment of the status of species in December. Since then, it has found many species have gotten worse and not a single one has improved. The analysis found that 27 percent of the list, or 28,338 different species, are at risk of extinction. The IUCN organizes this group into three different categories, Critically Endangered, Endangered, or Vulnerable. To make matters worse, an additional 6,435 species fall into the near-threatened category.

“Things are not getting better, they are getting worse,” said Craig Hilton-Taylor, head of the IUCN Red List unit, in an interview with TIME.

The extent of the problem is global. It runs the gamut from the depths of the oceans to the peaks of mountains. Man-made destruction is the primary driver of declining plant and animal species. The red-capped mangabey, a monkey previously listed as vulnerable moved to endangered since it is hunted for bush meat and its habitat is being destroyed, according to Mongabay.

Similarly, habitat loss and the pet trade moved the pancake tortoise in East Africa from vulnerable to critically endangered. In Japan, nearly half of its native freshwater fish are being pushed towards extinction as well as nearly a third of freshwater fish in Mexico.

“The loss of these freshwater fish species would deprive billions of people of a critical source of food and income, and could have knock-on effects on entire ecosystems,” said William Darwall, head of the IUCN freshwater biodiversity unit, as the Guardian reported.

Trees are facing trouble too. Illegal logging has decimated Madagascar’s rosewoods, and Dutch elm disease, an invasive fungal disease, has nearly wiped out the American elm. In fact, more than 5,000 new entries to the list are trees, including a West African evergreen tree that, thanks to mining, agriculture, and urban expansion has fewer than 250 mature trees left, as Mongabay reported.

“The implications for people are that we lose valuable resources such as rosewoods and elms, and we also lose ecosystem resilience, undermining the essential ecosystem services that forests provide,” said Paul Smith, secretary general of Botanic Gardens Conservation International, in an IUCN statement.

The report highlighted the Rhino Rays as the most critically endangered marine species. It has been overfished, in part for shark fin, a specialty in China and parts of Asia, as TIME reported. All but one of the 16 species of Rhino Rays is near extinction.

“With more than 100,000 species now assessed for the IUCN Red List, this update clearly shows how much humans around the world are overexploiting wildlife,” said Grethel Aguilar, acting director general of the IUCN, in a statement. “States, businesses and civil society must urgently act to halt the overexploitation of nature, and must respect and support local communities and Indigenous Peoples in strengthening sustainable livelihoods.”

“The numbers are just horrendous, that’s totally frightening,” said Lee Hannah, a climate change biologist at Conservation International, to TIME. “We’ve had a lot of great progress, we’ve got national parks, community conservancies, a lot of great conservation going on around the world, and these numbers tell us that it’s just not enough.”