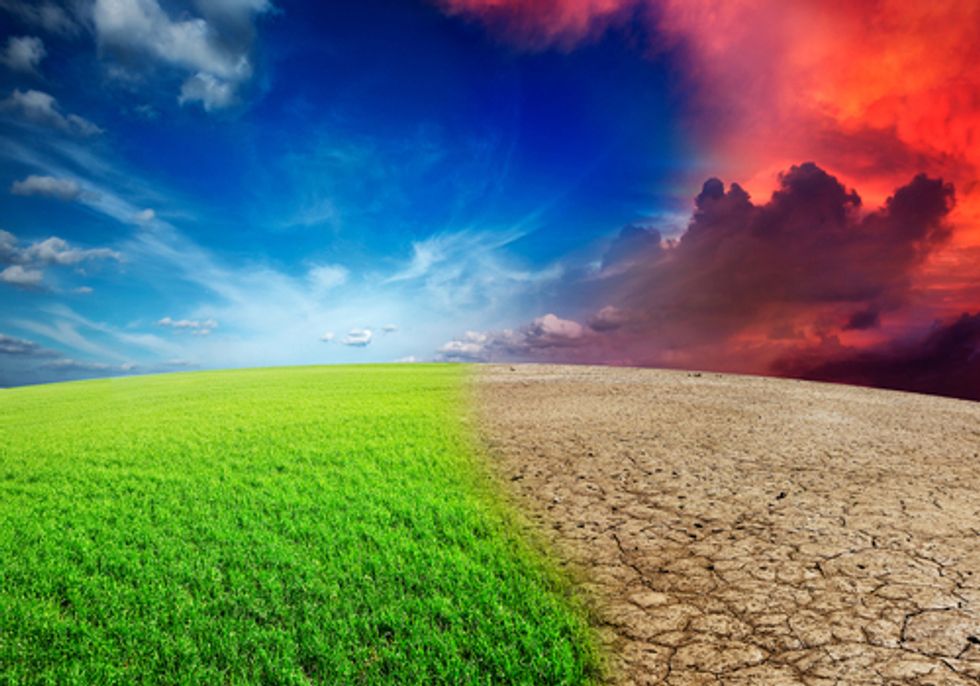 In 1988, hundreds of scientists and policymakers met in Toronto for a major international conference on climate change. They were sufficiently alarmed by the accumulated evidence for human-caused global warming that they issued a release stating, “Humanity is conducting an unintended, uncontrolled, globally pervasive experiment whose ultimate consequences could be second only to a global nuclear war.”

They urged world leaders to reduce greenhouse gas emissions by 20 percent by 2005. Had we heeded that warning and embarked on a campaign to meet the target, Canadians would now be healthier (because of reduced air pollution), have greater reserves of energy and more jobs. We’d also be a world leader in renewable energy and could have saved tens of billions of dollars.

The year was significant for environmentalists. In 1988, George H.W. Bush ran for the highest office in the U.S. and promised to be an “environmental president.” He didn’t have a green bone in his body, but public pressure compelled him to make a commitment he ultimately didn’t keep. That year, Margaret Thatcher was filmed picking up litter. She turned to the camera and said, “I’m a greenie, too.”

Canada’s Prime Minister Brian Mulroney was also re-elected in 1988. He appointed a bright new political star, Lucien Bouchard, as environment minister. I asked Bouchard during an interview what he considered to be our most important environmental issue. “Global warming,” he responded. I continued: “How serious is it?” His answer: “It threatens the survival of our species. We have to act now.”

In 1988, the environment was a top public concern, scientists spoke out and politicians said the right things. Global warming was a pressing and present issue. Now, 25 years later, carbon dioxide emissions continue to rise, and we’re already seeing the consequences—more extreme weather events, melting glaciers and Arctic ice, rising sea levels, reduced water flows in rivers and climate-related illness and death, among others. It’s driven in part by rapid economic growth in countries like China, India and Brazil. At the same time, most industrialized nations, whose use of fossil fuels created the problem of excess greenhouse gases, have done little to reduce emissions.

Humans are distinguished from other species by a massive brain that enables us to imagine a future and influence it by what we do in the present. By using experience, knowledge and insight, our ancestors recognized they could anticipate dangers and opportunities and take steps to exploit advantages and avoid hazards. Scientists and supercomputers have amplified our ability to look ahead. For decades, experts have warned us that human numbers, technology, hyper-consumption and a global economy are altering the chemical, geological and biological properties of the biosphere.

In 1992, more than 1,700 eminent scientists, including 104 Nobel prizewinners, signed the “World Scientists’ Warning to Humanity,” which included this urgent warning: “No more than one or a few decades remain before the chance to avert the threats we now confront will be lost and the prospects for humanity immeasurably diminished.”

The sooner we act, the easier it will be to overcome these difficult challenges. Every year that we stall makes it more costly and challenging, with increasing negative impacts on humans and our environment. There are signs of hope. Many countries—as well as cities, states and provinces—are taking global warming seriously and are working to reduce emissions and shift to cleaner energy sources. Some world leaders are even questioning our current paradigm, where the economy is made a priority above all else.

This is crucial. Over and over, the economy has determined the extent of our response, but how much value does it place on breathable air, drinkable water, edible food and stable weather and climate? Surely the economy is the means to a better future, not an end in itself. Surely it must be subordinate to a rich, diverse ecosphere that sustains all life. Let’s hope this year ushers in a new way of living on and caring for our planet.