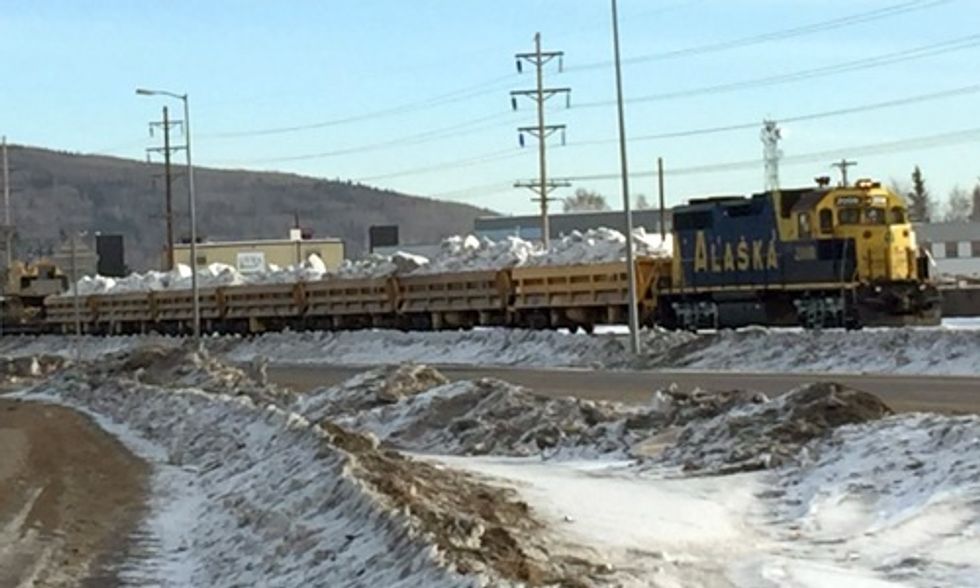 This winter has been shockingly warm in the Arctic, producing one of the mildest winters on record for Alaska.

According to the National Centers for Environmental Information, Alaska’s temperatures this winter have averaged about 10 degrees above normal, ranking third warmest since at least 1925. And snowfall has been 10 percent of normal in central, interior and southeast Alaska.

It's the second year in a row that Alaska has seen record warmth, with the winter of 2014-2015 clocking temperatures 4 to 10 degrees above normal.

"This year’s strong El Nino event, and the associated warmth of the Pacific Ocean, is likely partly to blame, along with the cyclical Pacific Decadal Oscillation—which is in its warm phase," explained The Washington Post. "The warmth is also occurring against a backdrop of record low Arctic sea ice and a long-term trend towards higher temperatures, due to the accumulation of greenhouse gases in the atmosphere."

For the second month in a row, Arctic sea ice was at a record low level for its average extent. And Alaska has already seen its second wildfire of the year, putting the state's wildfire season weeks earlier than normal and sparking fears of yet another brutal summer.

“For me, I always would think an early season was when we started getting [fires] in mid-April,” Norm McDonald, a state fire management officer, told Alaska Dispatch News. “And then over the last few years that’s changed to mid-March and now the end of February.”

All this is wreaking havoc on Alaska's wintertime activities, such as the famed Iditarod, which begins this Saturday. For the second year in a row, snow has to be brought into Anchorage for the ceremonial start of the race. Last year, it was trucked in. This year, it has to be brought by rail.

Some 300 cubic yards (seven railcars' worth) of snow is being transported by train from Fairbanks, an Alaska Railroad spokesperson told Alaska Dispatch News. Iditarod officials also announced that they will shorten the ceremonial start from 11 miles to three due to the lack of snow.

Last year, officials had to reroute the Iditarod twice because of minimal snow coverage on certain parts of the trail. The year before that, low snow produced dangerous trail conditions that resulted in injuries that knocked some mushers out of the race.

The imported snow will also be used for a lesser known event, the Running of the Reindeer, in which people race reindeer through the streets of Anchorage.

Snow had to be trucked in for the Iditarod and the Running of the Reindeer, in which people race reindeer through the streets of Anchorage. Photo credit: Fur Rondy

Here's footage of an "antler cam" strapped onto one of the participating reindeers: