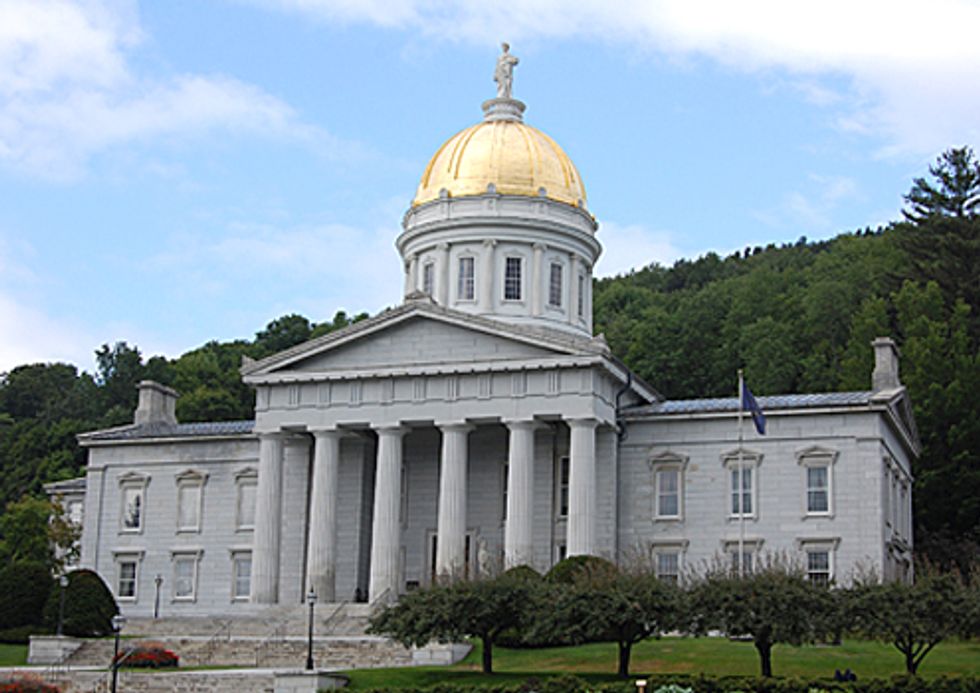 Gov. Peter Shumlin made Vermont the first state in the nation to ban the practice of hydraulic fracturing for natural gas when he signed H.464 into law on May 16.

Shumlin praised environmental advocates and legislative sponsors for their leadership on the bill. He also noted that the new law could be a model for other states to follow.

“Fracking for gas is not the solution to our energy needs, it’s part of the problem,” said Paul Burns, executive director of the Vermont Public Interest Research Group (VPIRG). “I’m proud that Vermont has a governor who understands the difference between a problem and a solution and is willing to stand up for clean renewable energy over fossil fuels.”

Fracking is a highly controversial method of extracting natural gas from dense rock formations deep in the ground by injecting huge quantities of water, sand and chemicals under high pressure. Citizens in places like Pennsylvania, Ohio and New York have raised concerns about fracking endangering water supplies, air quality and public health.

On May 15 at a rally and concert in Albany, NY, hundreds of activists joined celebrities such as Mark Ruffalo, Melissa Leo and Natalie Merchant to encourage New York Gov. Andrew Cuomo to ban fracking in that state. VPIRG’s Paul Burns was also invited to speak about Vermont’s role in becoming the first state not only to ban fracking, but also the disposal of dangerous fracking waste.

“It was an honor to be asked to speak for Vermont at an event like that,” said Burns. “The way the crowd erupted in applause when they heard that the bill would be signed into law today was amazing. It gave me a good sense of just how important our leadership role can be.”