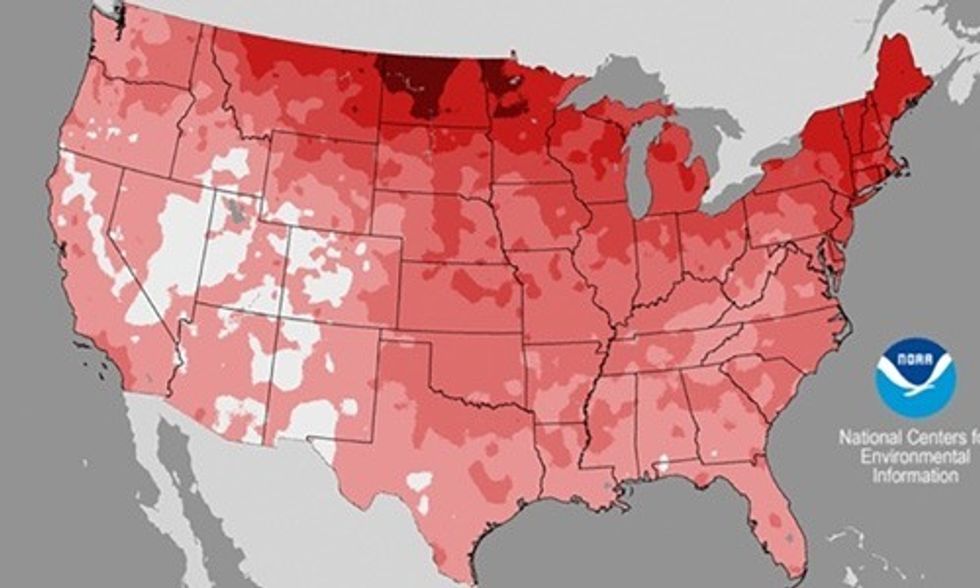 This winter was the warmest on the record for the continental U.S., new data from the National Oceanic and Atmospheric Administration shows, as average temperatures climbed nearly 5 F above normal.

How temperatures compared to long-term averages across the contiguous U.S. during the winter of 2015-2016.
Photo credit: NOAA

Every state in the lower 48 saw temperatures at least 1.7 F above average. New England lead the pack, with all six states experiencing the warmest winter ever. Alaska was a “freakish” 10.6 F above average. The last six months were the warmest such period on record for the contiguous U.S. Global weather data will be released later this month, but scientists are already expecting February to once again smash global heat records as the warmest month on record.