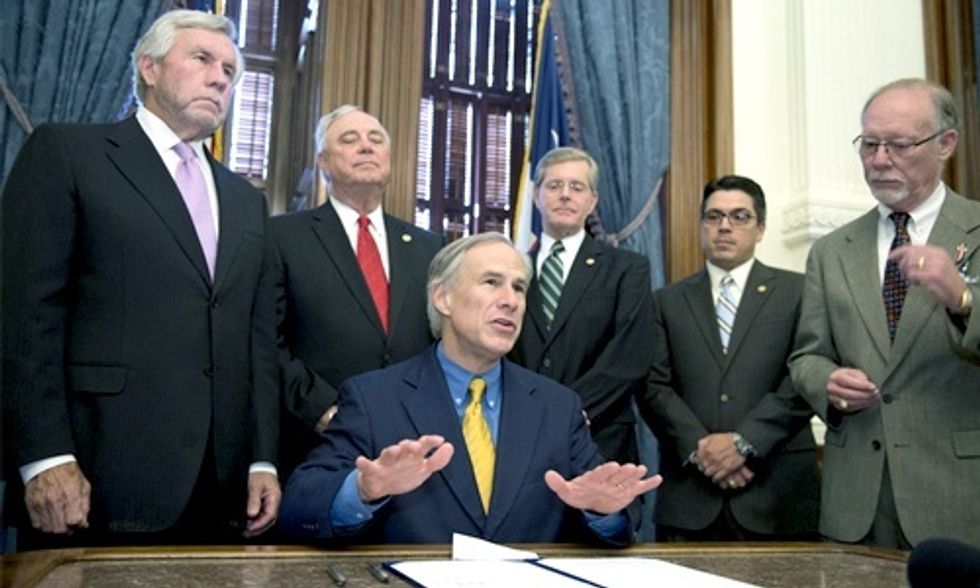 By a 59-41 percent vote, including 70 percent of straight ticket Republican voters, the residents of Denton banned hydraulic fracturing within city limits. The ban was a last resort after more than five years of fruitlessly petitioning oil and gas companies, the city and the state for help. “By signing HB40 into law, Governor Abbott just declared that industry profits are more important than our health, our homes and our kids,” said Adam Briggle, president of the Denton Drilling Awareness Group and a leader in the Frack Free Denton effort. He continued, “The letter of Texas law now says no city can ‘effectively prevent an oil and gas operation from occurring,’ no matter the threat to families’ health and safety or damage to private property."

The City of Denton is fighting a lawsuit brought against it by the oil and gas industry over its ordinance. Until HB40, attorneys for the city felt fairly confident their ordinance would stand. The Denton Drilling Awareness Group and Earthworks have intervened in the case in support of the city. They are represented by Earthjustice, attorneys from the Natural Resources Defense Counsel and the Texas law firm Brown & Hofmeister, LLP.

“The Texas courts have upheld a long tradition of local control, so the Governor and the Legislature took matters into their own hands.  Now, they have capitulated to the greedy but powerful oil and gas industry at the expense of their own constituents’ health, well-being, and property rights,” said Earthjustice attorney Deborah Goldberg, who is co-counsel for the citizen groups and successfully defended the town of Dryden, New York, in a similar court case. “We have been proud to represent the proponents of Denton’s ban, and we know they will regroup and fight back against this legislative over-reach.”

“The people of Denton exercised their democratic right to keep a nasty industrial process out of their community--and now big oil and their friends in high places are steamrolling them, along with everyone else in Texas,” said NRDC attorney Dan Raichel, co-counsel for the citizen’s groups. “The interests of a powerful industry should never take priority over the health and safety of American families. Texans should be able to keep dangerous activities and chemicals away from their homes, schools, and hospitals—just as hundreds of other communities across the country have already done.”