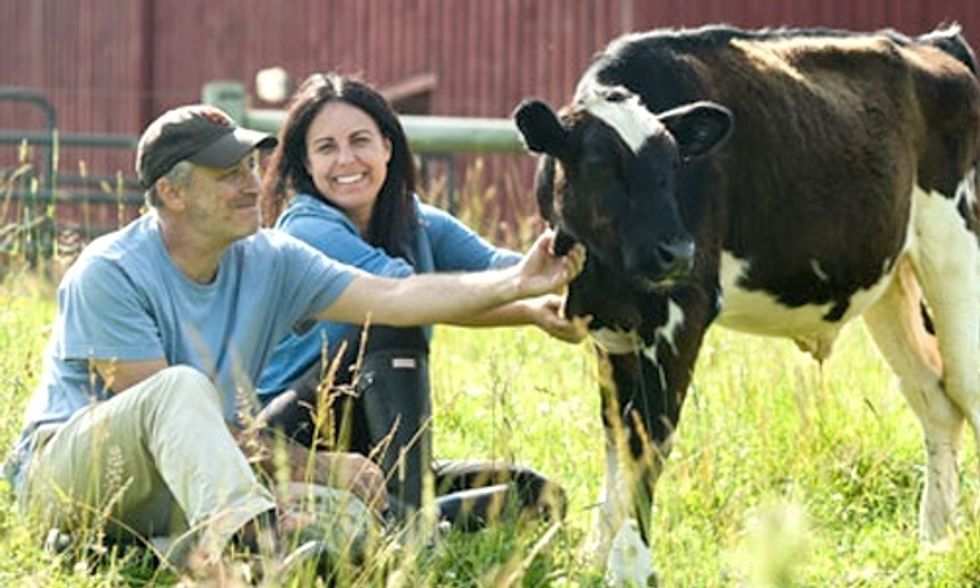 The rumors are true. Jon Stewart and his wife Tracey are turning their 12-acre farm in Middelton, New Jersey into an animal sanctuary affiliated with Farm Sanctuary. The organization has been working for the last three decades to end inhumane farm practices and create better lives for animals. Tracey revealed the news on Saturday night at Farm Sanctuary's annual gala at the Plaza Hotel in New York City.

It will be the fourth such Farm Sanctuary site with the original in upstate New York and two in California, according to Farm Sanctuary's website.

The Stewart's farm is called Bufflehead, and it's currently home to four rescue pigs. Future inhabitants, the New York Times reports, will likely include more pigs, as well as cows, sheep, goats, chickens and turkeys.

Tracey, a longtime animal advocate and vegan, is the editor-in-chief of the online parenting magazine Moomah. Her new book is called Do Unto Animals, a humorous and insightful look into the secret lives of animals and a guide for how to live alongside them. A portion of the proceeds will go to Farm Sanctuary.

Fans of The Daily Show know that Jon was a consistent animal advocate throughout his time on the air. Most notably, he skewered Gov. Christie on vetoing a popular gestation crate ban. He also hosted Gene Baur of Farm Sanctuary to discuss animal rescue and veganism and John Hargrove, the former SeaWorld employee who became a whistleblower on the company’s animal cruelty.