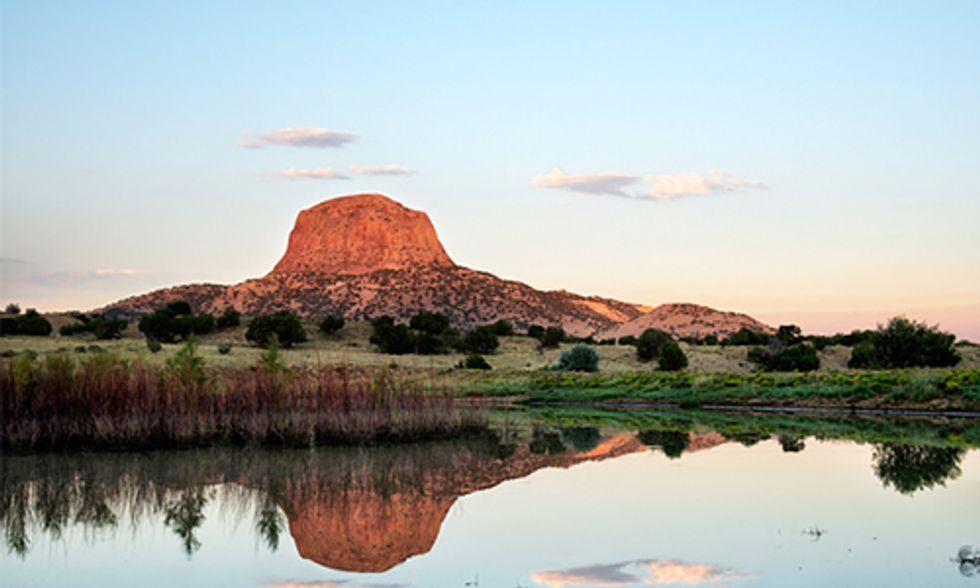 Many of us who have dedicated our lives to environmental protection believe that all crimes against nature are also crimes against people. After all, nature is the life source for the human species. But unfortunately, not all members of the public agree with us.

Some people care more about saving animals, a wetland or a forest. None of these matters are of much interest to the media, government or funding organizations. However, when people are also involved and directly harmed by the crime against nature, it can help draw attention to efforts to protect the health and life of people as well as the environment.

That's one of the many reasons why I believe the environmental movement needs to focus more resources on issue of environmental justice (EJ). This is particularly true for poor communities of color: urban and rural black and Latinx people, immigrants and Native Americans.

Earlier this year, a non-profit that I sit on the board of, New Mexico Environmental Law Center (NMELC), filed an appeal to stop a proposed uranium mine on Navajo tribal lands in New Mexico. The appeal was filed on behalf of Eastern Navajo Dine Against Uranium Mining and due to the quick work of the Law Center, the State of New Mexico terminated the permit. It was wonderful, decisive victory—highlighting a small but important piece of the very large problem around the issue of environmental justice that groups like NMELC and their clients fight in the U.S. and around the planet every day.

Last week, the U.S. Environmental Protection Agency (EPA) continued to come under scrutiny for its failings to address environmental justice issues. In the state of Washington, facts have emerged indicating that the EPA only follows up on 1 out of 7 environmental complaints that are lodged by minorities; in other states, the EPA's record is as bad or worse.

The Center for Public Integrity issued a research report last week, Decades of Inaction, that documents EPAs failings. At the same time, High Country News published a story highlighting EPA's environmental justice program and “EJ 2020," an effort to insure that other EPA programs pay attention to EJ issues, but which the EPA has so far struggled to implement.

When federal, state or local governments fail to act, groups such as the New Mexico Environmental Law Center are necessary pieces of the enforcement puzzle that can step in and legally force government action. While the NMELC is one program that is addressing environmental justice problems in that state, there are less than 12 similar programs in the U.S. to fight the increasing problems and complaints.

As difficult as this situation is in the U.S., it is exponentially worse in other parts of the world, especially in developing countries and in the Southern Hemisphere. The organization that I work for and direct, Global Greengrants Fund, works in space of international environmental justice by providing small grants to non-profits that are fighting against environmental and social threats and crimes. In this capacity, we are aware of or work with, most of the international non-profits and funders that are in the same space. Simply put: The environmental justice threats are enormous and the needs are dramatically unmet.

Numerous country-based and international organizations try to fill the void, but a dramatic number of threats go unaddressed and many completely undocumented. The Environmental Justice Atlas offers one small step at documenting cases, providing a pathway to report problems and map them for the public to view. In addition, thousands of staff members and volunteers of international organizations and foundations communicate continuously trying to provide support and services, but the size of the problem dwarfs the resources to address.

In the U.S. and abroad, environmental crime has a face—and that face includes people as well as fish, wetlands and forests. The proposed uranium mine in New Mexico would have been a crime against nature, but it was also a crime against the Navajo people who lived nearby and would have suffered the brunt of impacts to their air, water, health and homelands. By giving a higher priority and funding to environmental justice, we may also protect more of the non-human world as well.