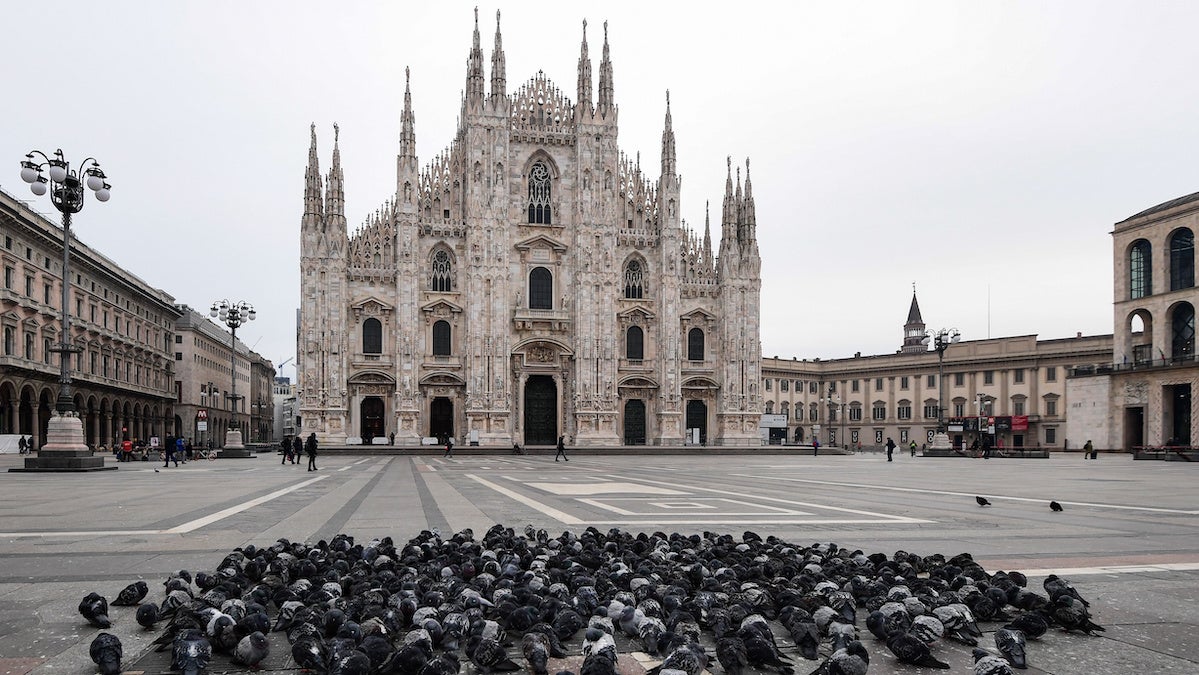 The entire country of Italy has gone into lockdown to prevent the spread of the new coronavirus, officially known as COVID-19.

The measures, announced by Prime Minister Giuseppe Conte Monday night, will ban public gatherings for Italy’s more than 60 million people and prevent them from traveling between towns and cities except for emergencies.

“There is no more time,” Conte said, as The Guardian reported. “I will take responsibility for these measures. Our future is in our hands.”

Italy is facing the worst coronavirus outbreak in Europe and has seen the most deaths from the new virus outside China, according to The New York Times. As of Monday, 9,172 Italians had fallen sick and 463 people had died, 97 more than on Sunday.

His decree also makes Italy the first European country to enact dramatic restrictions comparable to those that seem to be working in the more authoritarian China, The New York Times pointed out.

On Tuesday, Chinese President Xi Jinping visited Wuhan for the first time since the new disease emerged there in December 2019. The city, and the surrounding province of Hubei, have both been on lockdown in quarantine measures that appear to be working. His visit came as China reported its lowest number of new cases to date, BBC News reported.

“He is there now to reap the harvest. His being there means the Communist Party of China (CCP) may declare victory against the virus soon,” Renmin University professor Zhang Ming told Reuters, as BBC News reported.

But this is not the case outside China, where, as CNN put it, “the situation is growing increasingly dire.” According to the most recent World Health Organization figures, there have now been 113,672 confirmed cases in 110 countries and more than 4,000 deaths.

Italy hopes to control its outbreak with its newly restrictive measures, which include, according to The Guardian:

The decree also included a ban on prison visits, which set off riots in prisons across the country, BBC News reported. Seven inmates died.

Giovanni Rezza, director of the infectious disease department at the National Health Institute, told The New York Times that Italy’s restrictions were “necessary” and that other European countries like France and Germany should follow its example.