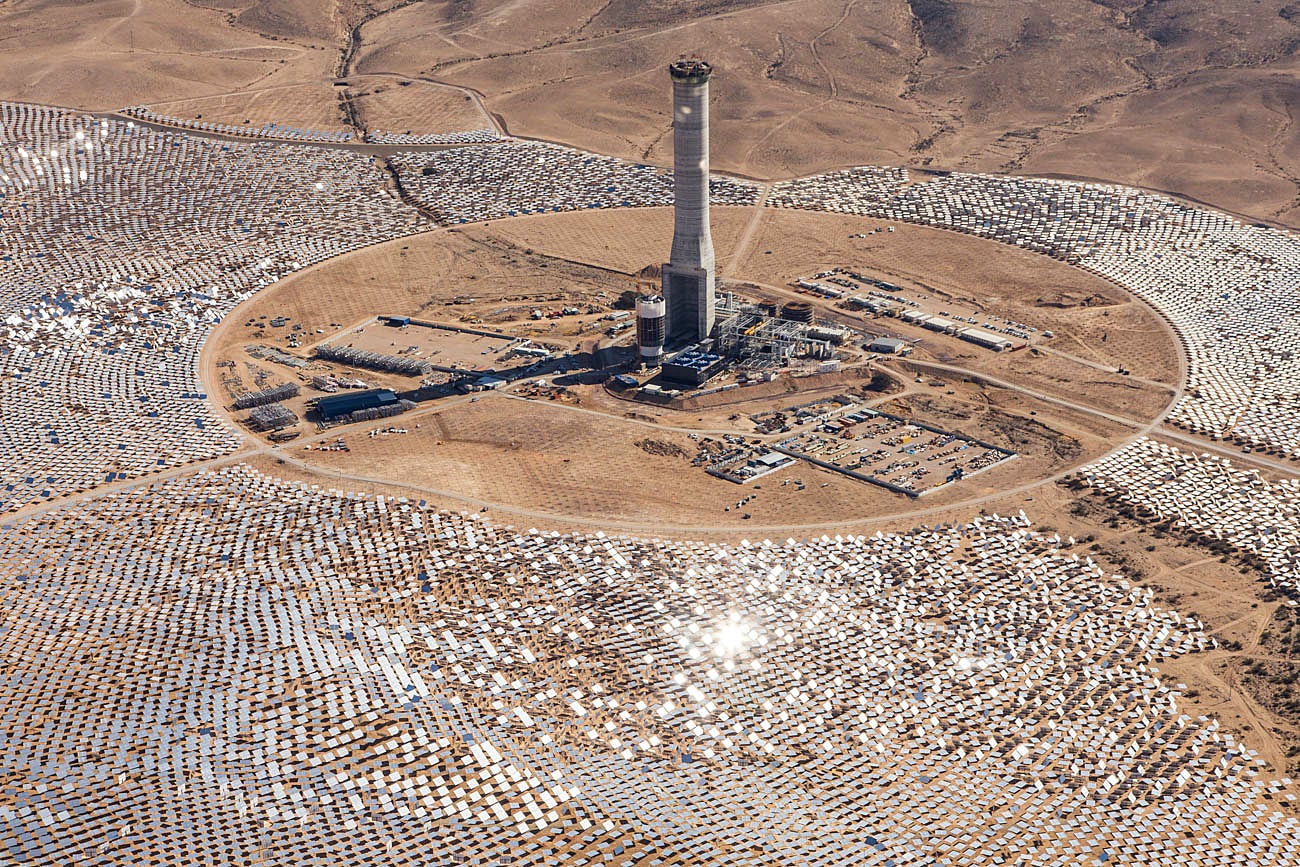 Construction of the world’s tallest solar tower is underway. The 820-foot tower, which stands in the middle of a 121-megawatt concentrated solar complex in Israel’s sun-drenched Negev desert, is slated for commercial operation by the end of 2017.

The Ashalim Solar Thermal Power Station, built and operated by Megalim Solar Power Ltd, consists of more than 50,000 computer-controlled heliostats, or mirrors, that track the sun and reflect its rays onto a boiler on top of the tower. The boiler creates superheated steam that then feeds a steam turbine for power generation.

Like other concentrated solar power (CSP) plants, the beauty of the Ashalim complex is that it’s designed to produce energy even when the sun isn’t shining.

“Compared to solar photovoltaic (PV) applications, direct steam CSP has the advantage of being able to produce electricity for longer periods of time during the solar hours,” General Electric, a Megalim shareholder, explained in a brochure. “The ability to operate during peak demand times reduces the need for utilities to build power plants to operate only during peak times—thereby lowering the overall system’s electricity production costs.”

The electricity generated at the Ashalim facility will be enough to supply 120,000 homes with clean energy and avoid 110,000 tons of CO2 emissions each year. 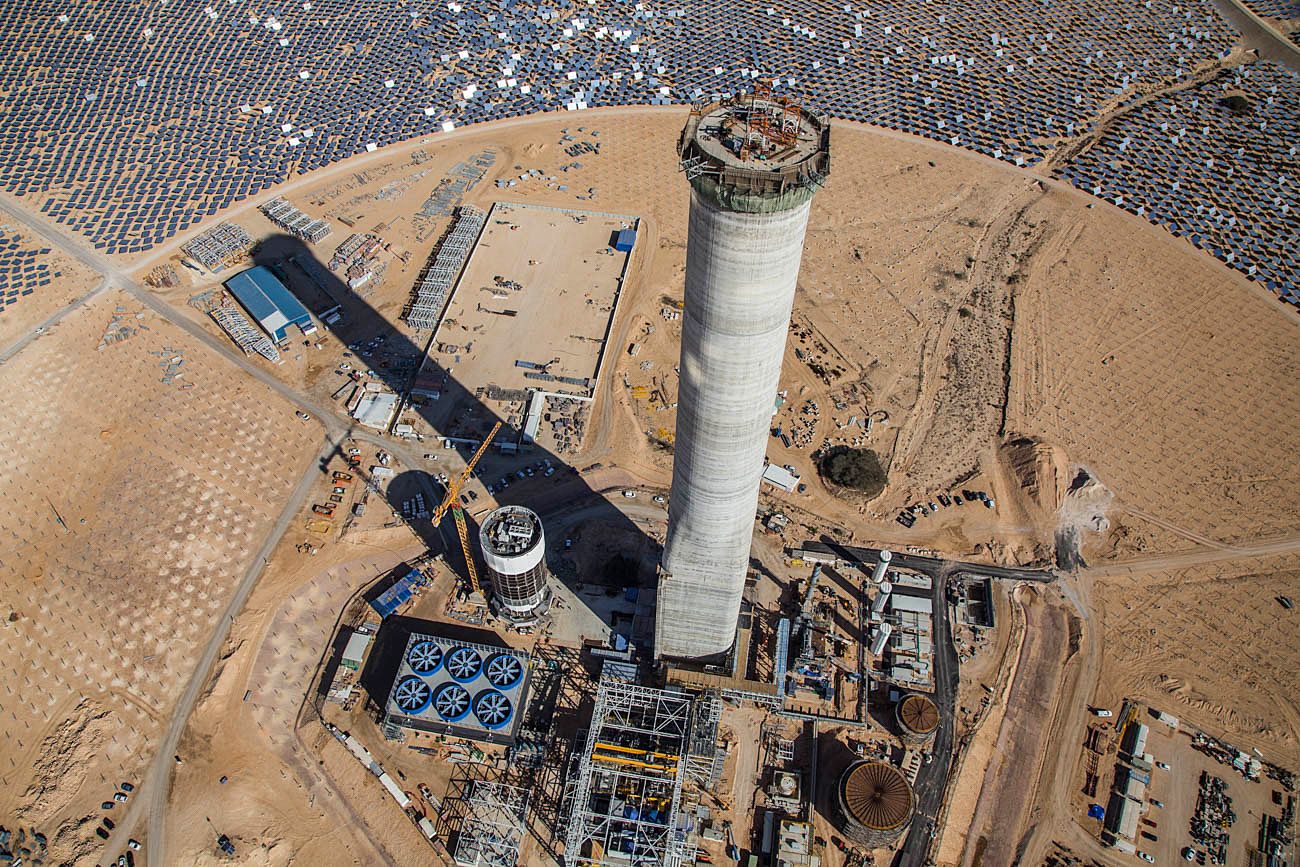 The Ashalime solar tower in the Negev desert is surrounded by 50,000 heliostats over 1.22 square mile area. Bright Source

“When operational, the Ashalim Solar Thermal Power Station will help Israel achieve its goal of having 10 percent of its electricity production from renewable energy sources by 2020,” the developers tout on its website.

As the Associated Press reported, the solar tower is a symbol of Israel’s renewable energy ambitions. Renewable sources currently make up only 2.5 percent of the country’s energy mix and the Ashalim plant will help increase Israel’s energy security by reducing its dependence on fossil fuel imports from other countries.

The Ashalim plant is made of three plots in the Negev desert. It will expand to a fourth plot by 2018. Once the four plots are online, they are set to generate about 310 megawatts of power. That amount of energy can fulfill 1.6 percent of the country’s energy needs, or about 5 percent of Israel’s population.

Israel’s Finance Ministry told the AP that if Ashalim is successful, the government will aim to develop more of these facilities.

As Leehee Goldenberg, director of the department of economy and environment at the Israel Union for Environmental Defense said, “Israel has a potential to be a sunshine superpower.”