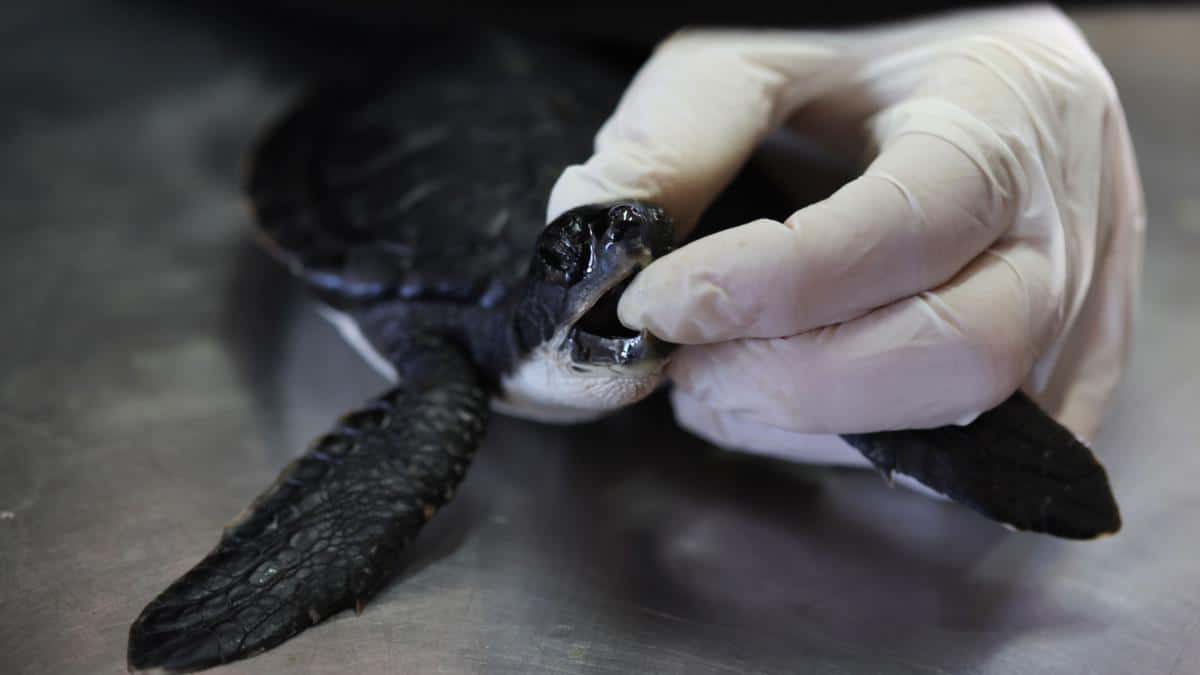 The Israeli government urged people not to visit a wide stretch of beach on Sunday, Haaretz reported. Of Israel’s 119 miles of beach, 105 were impacted by the disaster, according to CNN. That’s 40 percent of Israel’s coastline, Haaretz noted.

“The enormous amounts of tar emitted in recent days to the shores of Israel from south to north caused one of the most severe ecological disasters to hit Israel,” the country’s Nature and Parks Authority said Sunday, CNN reported.

People first noticed the oil last Wednesday, according to Haaretz. It washed up as sticky, dark pieces of tar, NPR reported. As of Monday, it had spread to the beaches of southern Lebanon, Reuters reported.

Animals have also been found covered in tar, including a few birds and nine sea turtles, Haaretz added. Sadly, four of the turtles died. The rest have been taken to the National Sea Turtle Rescue Center to recover.

Additionally, a fin whale washed up dead on the Israeli coast on Thursday. Preliminary tests revealed that it did contain oil in its body, Reuters reported.

Not least, ecologists are worried about Dendropoma petraeum, a reef-building snail whose population is already declining because of the climate crisis, NPR reported.

Volunteers have rallied to help with cleanup efforts, with more than 4,000 people from the non-profit EcoOcean working to remove the tar. However, the Israel Nature and Parks Authority said it would take years to remove all of it, Haaretz reported. Most of the work will have to be done by hand.

The government is currently investigating the cause of the spill with the help of European authorities, according to NPR. Israel thinks it likely spilled from a ship about a week ago during stormy weather in the Mediterranean. One candidate is a Feb. 11 oil spill from a ship passing about 21 miles from shore, Reuters reported.

“There is a more than reasonable chance that we will be able to locate the specific ship,” she told Ynet TV, Reuters reported.

Israel could take legal action if the responsible vessel is identified, such as suing insurance companies for the cost of the cleanup.

However, in a move journalists are calling irregular, a court placed details of the investigation under censor Monday following a request from the Environmental Protection Ministry, The Jerusalem Post reported.

This has prompted criticism from environmental organizations.

“When the entities operating at sea and producing a risk of pollution are rich oil companies and shipping companies that have much influence on the regulator, Zalul demands a transparent investigation and that the [censor] order be lifted immediately,” Maya Jacobs, director-general of the Zalul Environmental Association, told The Jerusalem Post.