Is Your State Home to One of the 20 Worst Water Polluters? 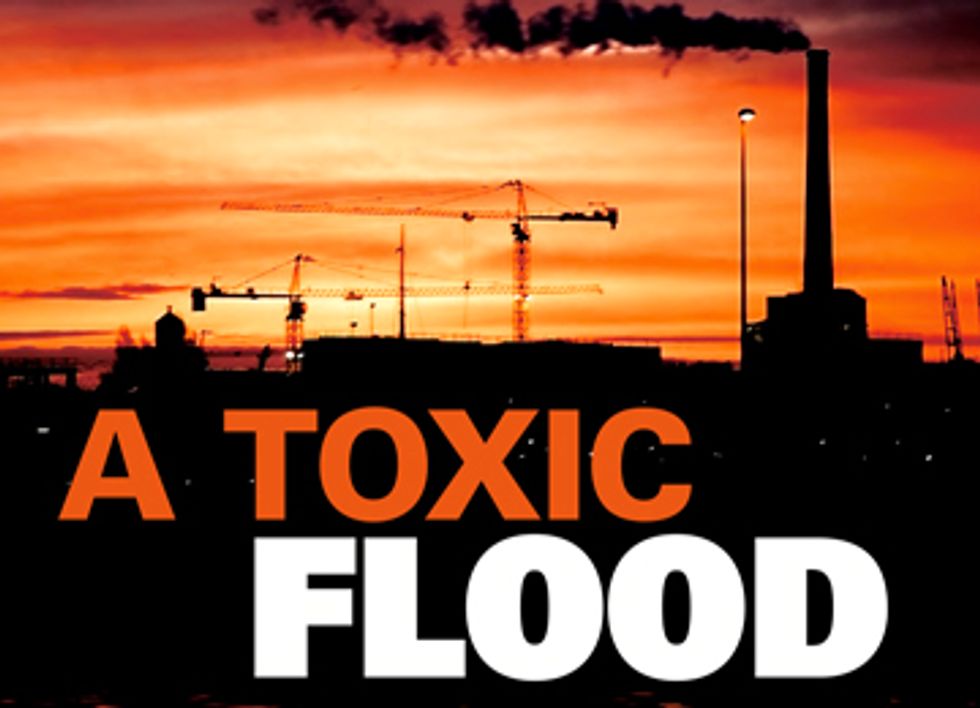 The Ohio Valley Electric Corporation, Ferro Corporation, American Electric Power, U.S. Department of Defense and Southern Company top the list of the most hazardous polluters of U.S. surface water, according to a report released today by the national consumer advocacy organization Food & Water Watch and the Political Economy Research Institute of the University of Massachusetts Amherst (PERI).

A Toxic Flood: The United States Needs Stronger Regulations to Protect Public Health From Industrial Water Pollution ranks the entities responsible for toxic industrial water pollution in the U.S., based on facility reports to the U.S. Environmental Protection Agency (EPA). This report comes on the heels of Senator Frank Lautenberg’s (D-NJ) reintroduction of the Safe Chemicals Act, which would protect Americans by helping the EPA screen chemicals for safety and promote the development of safe alternatives for industry.

“It’s no secret that industries in the United States dump unacceptable amounts of industrial contaminants into our waterways,” said Food & Water Watch Executive Director Wenonah Hauter. “This report reveals that a small number of entities account for much of the hazard posed by water pollution. By strengthening key environmental protections, we can begin to stop this toxic flood and ensure that communities have access to safe, clean, affordable water.”

Using right-to-know data from the EPA, the report shows that industrial facilities released 200 million pounds of toxic chemicals into U.S. surface waters in 2009. Because some chemicals are much more toxic than others, the EPA combines quantity and toxicity to evaluate the hazard posed by toxic releases. Food & Water Watch and PERI found that just 20 polluters are responsible for 83 percent of the total industrial water pollution hazard, and the top five polluters were responsible for half of the total hazard.

Among all the industries in the U.S. economy, electric utilities produce the most water pollution, responsible for more than half of the total hazard. Of the chemicals regularly released into waterways, the most hazardous based on quantity and toxicity were arsenic and arsenic compounds, hydrazine, nitroglycerin, acrylamide, polycylic aromatic hydrocarbon, acetaldehyde and several other known or suspected carcinogens.

Although every state is home to facilities that release toxic chemicals into surface waters, the areas of the U.S. with the most industrial water pollution include Ohio, Virginia, New Jersey, Alabama and Texas, which together face two-thirds of the total hazard. Ohio faces the largest hazard. Among all urban areas, the New York City metropolitan area accounts for the largest share of toxic industrial water pollution.

“The public doesn’t know the risks before new chemicals are used. In 1976, there were 62,000 chemicals in commercial use. Now there are more than 80,000, and the EPA has only required toxicity testing for 200 of them. We should determine that chemicals that end up in our water are safe before permitting their use by industry,” added Hauter.

“In making this information available, we are building on the achievements of the right-to-know movement,” explains Professor Michael Ash, co-director of PERI’s Corporate Toxics Information Project. “Our goal is to engender public participation in environmental decision-making, and to help residents translate the right to know into the right to clean water.”