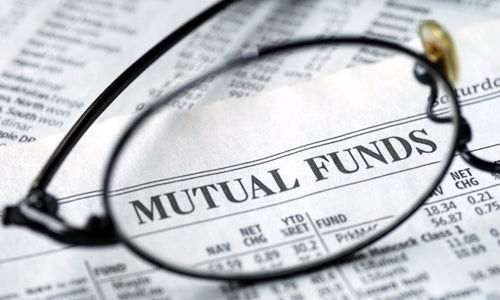 By Rob Berridge and Jackie Cook

New proxy voting data showcasing how mutual fund companies voted on climate change resolutions in 2015 reveals a major divide in their thinking on this mega issue that will have wide-ranging ripples on investment portfolios. 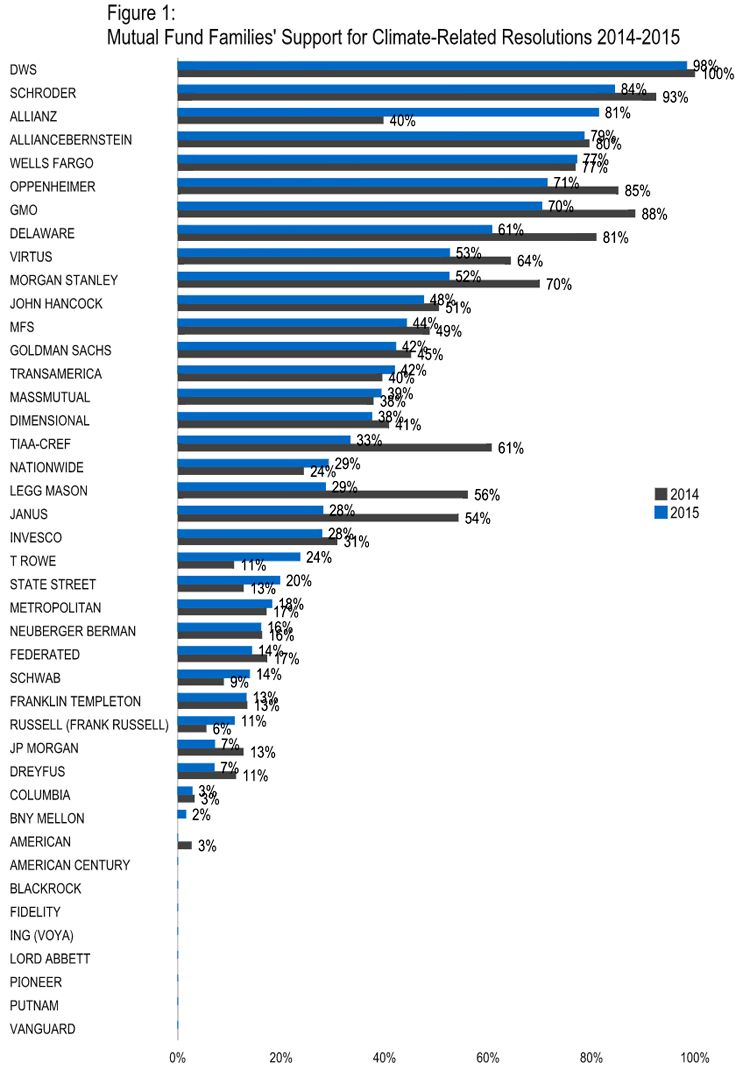 In stark contrast, seven fund companies supported 70 percent or more of the 73 climate-related resolutions that were included in our analysis, including AllianceBernstein, Allianz, Deutsche (formerly DWS), GMO, Oppenheimer, Schroder and WellsFargo.

These common sense requests are believed by investors to be financially material to many of the companies receiving the resolutions and to mutual fund companies who have a fiduciary duty to vote in the best interests of their clients.

For example, an electric utility that is upgrading a coal-fired power plant that lasts 40 years (rather than, say, investing in solar projects or energy efficiency programs) is taking on significant risk considering that 196 countries worldwide recently approved an historic climate agreement in Paris aimed at dramatically reducing greenhouse gas emissions. The U.S. has specifically pledged to reduce its carbon emissions by 26 – 28 percent by 2025, with a key centerpiece being the U.S. Environmental Protection Agency’s Clean Power Plan aimed at reducing power plant carbon emissions. Under these scenarios, a recently upgraded coal plant will probably have to be retired well before the end of its planned life, which risks financial losses for the utility and its shareholders. Shareholders need to know how power companies are planning to avoid such losses and to adapt their business models to the transition to a low carbon economy.

Further underscoring their responsibilities on these proxy votes, some of the mutual fund companies, such as Vanguard, are members of the UN’s Principles for Responsible Investment (PRI), meaning that they have publicly committed to six principles, including: Principle 2 “active ownership,” which entails actions such as supporting resolutions on environmental, social and governance (ESG) issues; and Principle 3 to “seek appropriate disclosure on issues by the entities in which we invest.”

Simply put, climate change is among the most critical ESG issues intended to be addressed by PRI signatories, and failing to support any climate resolutions brings into question whether some PRI members are adhering to the principles.

Some mutual fund companies are themselves publicly traded, and investors have begun to file shareholder resolutions asking mutual fund companies to disclose why they fail to support financially material climate resolutions. For example, Zevin Asset Management filed shareholder resolutions with Franklin Resources and T. Rowe Price Group during the 2016 proxy season because it appears that both firms’ proxy voting records are inconsistent with proactive approaches to climate change. Walden Asset Management co-filed the T. Rowe Price resolution, which will be voted on at the company’s annual meeting in May.

Sonial Kowal, president of Zevin Asset Management, explained to us:

“Proxy voting is one of the principal ways in which investors can engage in active management of portfolio risks and opportunities related to climate change, so inconsistency on climate poses a reputational risk to Franklin and T. Rowe, especially given the proactive record of many of their competitors. Given the severe threats of climate change to human societies and economies, clients may start to wonder if their investments are in good hands. We also hope that other investment companies will now become more thorough and transparent in making decisions when voting on climate related resolutions.”

Adding to such reputational risks are campaigns such as a petition, launched by U.S. PIRG, asking Vanguard to vote in favor of resolutions regarding political spending disclosure. More than 65,000 people have signed the petition so far. Walden Asset Management recently sent a letter to Vanguard zeroing in on climate-related voting (some of these resolutions ask companies to disclose lobbying expenditures) and received a response that includes this defense of Vanguard’s approach:

“… while we believe that some of the issues animating these proposals are worthy of attention and may have long term implications for a company, we have not been convinced that the prescriptive framing of the proposals will address the risks in a way that drives long term value. Our aim is to influence change that is clearly linked to value creation, and in some cases a simple vote “for” or “against” a proxy proposal doesn’t get to the heart of an issue.”

Vanguard’s explanation is inadequate. For climate change alone, resolutions filed in 2015 covered approximately 20 different types of requests, with many requesting disclosure of risks and others asking for comprehensive sustainability disclosure. Vanguard failed to support even a single one of this broad variety of resolutions. Vanguard’s claim that they are all too “prescriptive” is disingenuous. The U.S. Securities and Exchange Commission (SEC) has rules against filing resolutions that are “ordinary business,” or that seem to micromanage a company. A number of the resolutions Vanguard failed to support have survived SEC scrutiny on this very question.

As financial, environmental and societal risks from climate change escalate, it is important for shareholders to know if their mutual funds are taking one of the simplest steps to address the risks—voting for climate resolutions.

If your fund company is failing to do so, it is time to give them call, write them a letter or sign petitions such as the one sent to Vanguard. These flawed myopic approaches, such as Vanguard’s, need to change.

Rob Berridge is director of shareholder engagement at the nonprofit sustainability group Ceres. Jackie Cook is founder and curator of the Fund Votes and Climate Risk Disclosure Projects.