Is There a Catch? 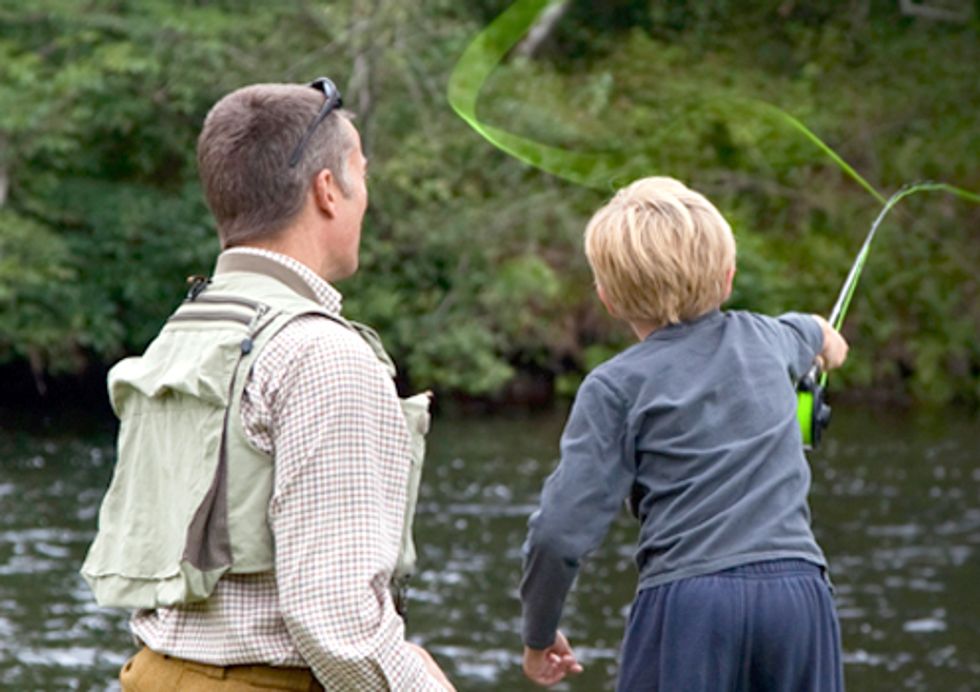 I remember the first fish that I caught with my dad on a small creek in rural Pennsylvania. Once he took care of cleaning the fish, we ate it for dinner. Unfortunately, the window of opportunity for me to enjoy that rite of passage with my children is closing quickly, unless we act fast to save our fisheries and waterways. Even if you're not someone who fishes, the quality of our waterways affects the fish you and your family eat and virtually all other aspects of your diet; just listen to renowned chefs, Beau MacMillan (Elements) and Dave Pasternack (Esca).

A healthy fishery is more than a pastime, childhood memory, or the makings of a meal, it is a major indicator of the health of our waterways, watersheds and the economy. Recreational angling is one of the most popular outdoor activities and one of the most solid industries in the U.S. Each year, "nearly 40 million anglers generate more than $45 billion in retail sales, with a $125 billion impact on the nation's economy, creating employment for over one million people."

Unfortunately, our state and federal governments have given industrial polluters a free bar tab for polluting; only, the public suffers the hangover. Coal-fired power plants across the U.S. have poisoned our fish with mercury, industries have willfully dumped PCBs and chromium in our waters, and industrial aquaculture and other kinds of unsustainable fishing have depleted already stressed fish stocks.

For example, in August 2011, based on a citizen complaint, Lower Mississippi Riverkeeper discovered that a paper mill on the Pearl River in Louisiana had discharged untreated and partially treated black liquor into the river, causing a massive kill of fish and other aquatic life. Water and mussel samples collected after the discharge revealed the presence of toxic chemicals in the mussels and water. These toxic substances are associated with the pulping process and flow freely in the wastewater from the offending paper mill. The concerned citizen's life revolves around the swamp. He makes his living there. In fact, he catfishes to raise extra money to help offset expenses incurred mentoring troubled youth in his community. The outlook for catfish in the Pearl River over the next couple of years is bleak. In response to this destruction, Lower Mississippi Riverkeeper and the Louisiana Environmental Action Network have filed a notice of intent to sue against the mill for failing to comply with the Clean Water Act, Louisiana state law and the Endangered Species Act.

These egregious acts aren't limited to the U.S. Across the globe, polluters and malfeasant governments are destroying our fisheries and threatening our health. Twenty-five years ago, Hann Bay in Senegal was one of the most pristine bays in the world. The bay also was one of Senegal's most important fisheries. Today, the bay suffers from numerous industrial discharges, urban wastewater pollution, illegal dumps, and more. Fishing is now prohibited in the bay and the government has failed to enforce clean water laws. Now, traditional fishermen are forced to practice their trade in the dangerous open ocean waters, raising the cost of fishing and endangering their lives. Hann Baykeeper is working to enforce the law and restore the bay.

Back in the U.S., our fisheries received some good news in December 2011 when U.S. EPA finalized national emissions standards for hazardous air pollutants produced by coal-fired power plants. The rule was a result of years of advocacy and litigation by Waterkeeper Alliance and other partners. The rule will reduce U.S. mercury emissions by 91 percent from the dirtiest plants (that's 43 tons of this neurotoxin that would have entered our air and water every year, were it not for the rule).

In typical fashion, the utility and coal industries are engaging in a desperate scramble to thwart the new regulations. They have dispensed their long-time crony, Oklahoma Sen. James Inhofe, to spearhead what they perceive as their right to pollute our waterways. Continuing the fallacious jobs vs. clean air/water argument, the senator has introduced a resolution under the Congressional Review Act to prevent the mercury rule from moving forward.

According to U.S. EPA, if this attack succeeds it will, by 2016, result in as many as 11,000 premature deaths, 4,700 heart attacks, 130,000 asthma attacks and 540,000 days of missed work every year. U.S. EPA also estimates a cost of about $9.6 million to implement the new standards, while the rule is projected to save the public between $37 billion and $90 billion a year in human health costs alone. Additionally, U.S. EPA projects the rule will create 10,000 temporary construction jobs and 8,000 permanent utility jobs.

As the Clean Water Act heads toward its 40th anniversary, facing—along with other key environmental laws—attacks from industrial polluters and their cronies in Congress, we need to stand up for our right to clean air and water. Call your senators TODAY and ask them to oppose Sen. Inhofe's Congressional Review Act filing (S.J. Res. 37).

Waterkeeper Alliance is holding a Fishable Waters Action Day this Thursday. Let's make it a celebration by stopping Senator Inhofe's plan and ensuring that the mercury rule succeeds. If we don't act fast to protect our right to clean water, the age-old rite of spending a summer day fishing with your daughter or son will end with this generation. We cannot allow that to happen.