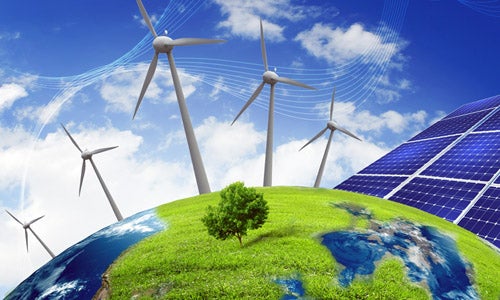 Here’s a headline for climate action advocates to love: Wind and Solar Crushing Fossil Fuels. It’s Bloomberg New Energy Finance’s summary of the current state of play in global energy markets, and it’s got striking data points to support it.

In 2015, record investment in new wind and solar electricity was twice as high as dwindling capital flowing into gas and coal. More remarkable, for the first time clean energy investment topped oil and gas capital expenditures combined. Because the prices of wind and solar are plummeting, the volume of new energy being constructed grows faster than the dollars being spent: annual wind installations have doubled four times since 2000, solar a stunning seven! New bids for wind in North Africa and solar in Mexico are coming in below $0.04 kwh, half the price of new coal plants with pollution controls that meet modern health standards. 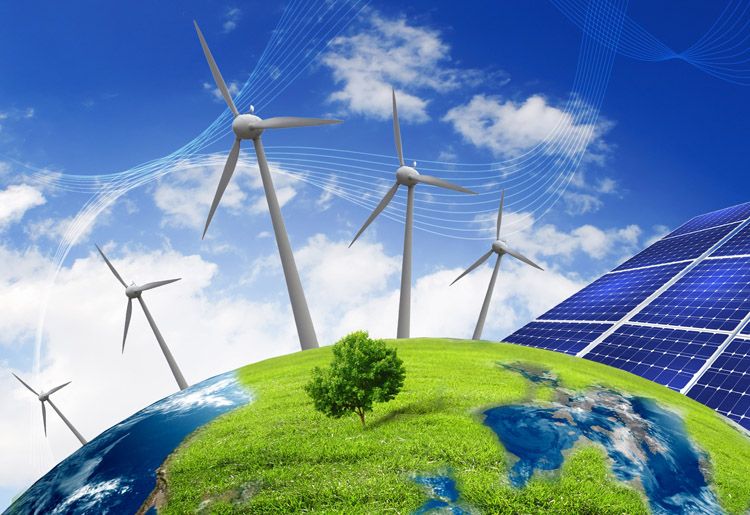 But here’s a sobering counter-point, in a forward by UN Secretary General Ban Ki Moon to another report on stunning rates of renewables growth: Sustainable, renewable energy is growing, but not quickly enough to meet expected energy demand. And the BNEF numbers support this worry, showing that by 2040 at least 50 percent of new cars sold will still rely on gasoline or diesel, and that developing countries other than China continue to add more new fossil fired electrical capacity which will either be shut down prematurely or, if fully utilized, blow the world way past acceptable levels of greenhouse pollution.

So what’s the problem? While clean energy is cheaper to buy and operate than fossil, it is requires more capital at the front end—because the benefits of free sun and wind flow over time, while the expenses of turbines, panels and batteries come all at once. That’s not a big problem in industrial nations, where capital is plentiful and cheap—in fact investors are desperate for the kinds of yields clean power can bring. So fossil generation is dropping in Europe and the U.S. And it’s not a problem in China which holds enormous foreign exchange reserves—which is why China appears to be at or close to its peak emissions a full decade before it promised. But in the rest of the developing world capital is scarce or expensive or both, which makes it cheaper to buy a new coal turbine and pay for the fuel over time than to pay the whole cost of a solar or wind farm in advance.

So the name of the game is to loan cheap, abundant capital from the industrial world to clean energy projects in developing nations. The technologies themselves are not risky—by now solar panels and wind turbines can be counted on to generate electrons years after year for decades.  And the skills to construct and operate these projects are broadly available in the major developing economies.

But loaning money to a foreign country to be repaid over 20 years creates a series of risks unrelated to the project. What will happen to exchange rates over those periods? Will the government be stable enough to ensure that contracts are honored? Will there be a war or revolution that might destroy the panels or turbines?

Banks know how to guarantee loans against these risks—and the major industrial nations have agencies which will enable GE, say, to build a nuclear project in Kenya, by guaranteeing GE’s loans. The more innovative of the two U.S. agencies, the Overseas Private Investment Corporation, managed to leverage $20 million in guarantees  for clean energy in Africa into a total lending pool of nearly $1 billion of finance for clean energy.

But the world lacks a global institution which will do this for all countries and all commercially sound clean energy projects; OPIC is too small, and can only guarantee where the suppliers or funders are Americans. And so far the industrial nations which control development banks like the World Bank have refused to bring the needed financial creativity to ensure that a lack of borrowing capacity does not lock the world into a fossil fuel future.

In the run-up to Paris the World Bank took the lead in trying to solve the problem of climate finance. Its efforts were widely dismissed by the developing countries as providing far too little affordable finance for the clean energy revolution needed. Now, post-Paris, the World Bank has come forward with its new offer, claiming that it is bold and different. Heralding its own efforts, the World Bank said it would help finance 30 gigawatts of renewable power, provide early warning systems on drought failure for 100 million people and develop “climate-smart agriculture investment plans for at least 40 countries.”

It’s hard to assess the scale of these commitments from the press release, but the full document suggests that there is much less here than meets the eye:

The Bank heralded this as represented 1/3 of the $100 billion in climate finance that OECD countries pledged six years ago in Copenhagen. By itself, this sounds impressive—and was widely reported as such. But if you look at the scale of the challenge as reported by BNEF, or as outlined in the national commitments made by the developing economies in Paris, it’s alarmingly modest.

India’s Paris commitment, for example, involves adding nearly 30 gigawatts of clean electricity every year, so the World Bank’s five year plan would cover only one-fifth of India’s needs with nothing left for the rest of the developing world. Total clean energy investment in 2015 was $321 billion—the World Bank promises that by 2020 it will enable a pathetic 10 percent increase in today’s investment levels.

Missing from the World Bank’s Climate Change Action Plan are any indication that it will follow through on the G-7 pre-Paris call for it to dramatically increase total lending by leveraging its own balance sheet. Instead the Bank is primarily shifting funds from other development activities to climate—a step which will infuriate the developing world, for whom less money for health and education to pay for climate puts the whole burden of climate action on the poor.

Nor is the World Bank stepping forward to use aggressive private sector loan guarantees ala OPIC to maximize the leverage of public sector funds. The World Bank’s private sector commitment is only $3.5 billion of its $16 billion total, and anticipates a leveraging ratio of only 4-1. (OPIC got at least 20-1 in Africa).

Even if other development banks collectively make up the rest of the Copenhagen $100 billion pledge, low carbon development in emerging nations will still be credit starved. Let’s be clear. The problem here is not cost—clean energy is cheaper—nor a lack of capital—there are trillions of dollars sitting in investment funds in advanced economies which would love the 6 percent returns that properly guaranteed clean energy investments yield.

The problem is that the industrial nations, which created the climate crisis, are unwilling to deploy modest creativity in reshaping global financial arrangements to overcome it. Liquidity shortages were not permitted to bring down the global banking system in the crisis of 2008. Even unstable developing countries are always able to obtain long-term, low-interest loans to purchase tanks and fighter jets from the Global North.

But from every indication, while much of the Global South is trying to invest aggressively in low carbon development, the OECD countries are still starving these ambitions by refusing to provide adequate credit. Financial arrangements envisaged at Bretton Woods in 1947 are still dominating the conversation in 2016.

Global development banks may yet snatch climate defeat from the victory enabled by Paris. The Global South is moving. Will the industrial world keep up?