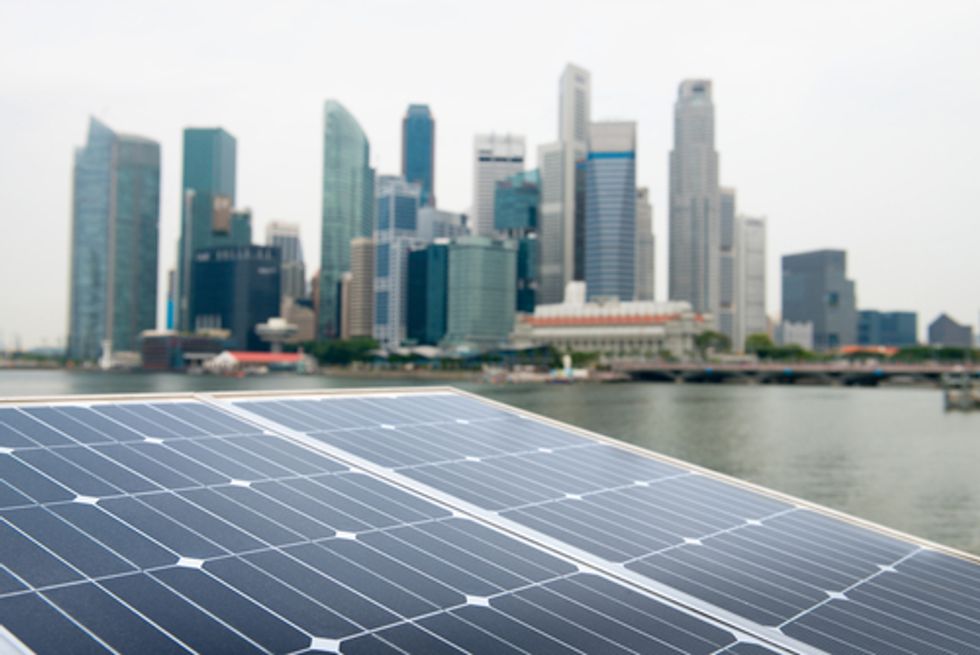 From mayors to college students, the pool of people who want the U.S. to fully embrace renewable energy keeps growing—along with the amount of goals for our use of wind and solar power.

Several states have solar and wind power goals in mind for the future, but can the grid handle them? That's a question scientists at the National Renewable Energy Lab (NREL) say must be answered if the nation could significantly replace coal, oil and natural gas with renewables.

Douglas Arent, the executive director of the Joint Institute for Strategic Energy Analysis at NREL, told NPR that "you could meet demand every hour of the year, with up to 80 percent of [power] coming from renewable resources by the middle of the century," but the nation's infrastructure simply isn't ready.

"The grid would have to be much more flexible," Arent said. "The utility model of the future would have to look different. And of course, in the ... economically ideal case, we would build much more transmission."

That need is part of what led to California regulators passing the nation's first energy storage mandate, requiring utilities like PG&E, Southern California Edison and San Diego Gas & Electric to expand their capacity to store electricity, including solar and wind energy. Those three investor-owned utilities must collectively buy 1.3 gigawatts of energy storage capacity by the end of 2020. That amount is nearly enough to supply 1 million homes with energy.

Meanwhile, Long Beach Mayor Bob Foster, who also sits on the board of grid overseer, the California Independent System Operator, was a little more blunt in describing the problem.

"We are getting to the point where we will have to pay people not to produce power," he told the Los Angeles Times.

Foster said he has been working with other regulators and utility executives to redesign the system, developing mapping and building ideas for networks of electrical lines, solar and plants and backup natural gas plants that can keep the lights on when the weather impacts the flow of renewable energy. They also want to avoid blackouts and better prepare themselves for the grid's unpredictable nature.

"The grid was not built for renewables," NREL senior analyst Trieu Mai said.

The U.S. Department of Energy, which oversees NREL, is using a supercomputer named Peregrine that "does a quadrillion calculations per second to help scientists figure out how to keep the lights on," the Los Angeles Times observed.

While the computing continues, activists, academics, regulators and industry types will continue their own search for answer. Arent said the results of a study he co-wrote with the 80-percent target in mind says the resources are available to reach such a goal. It's just the grid that needs plenty of careful analysis in the coming years.

"What we found was that there were many pathways, and there wasn't a red flag that said it was impossible, at least at the level that we looked at it," he said.