Is the U.S. Awash in Decades Worth of Cheap, Abundant Natural Gas and Oil? 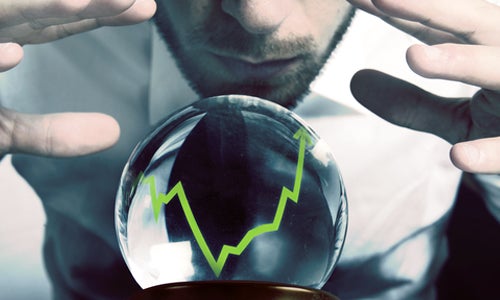 We are about to be deluged with news reports that the U.S. is suddenly awash in decades worth of cheap, abundant supplies of natural gas and oil. Why? Because the U.S. Energy Information Administration (EIA) has recently released a preview of their 2014 forecasts in which they predict energy trends within the U.S. through 2040.

The EIA (the official statistical gurus of the U.S. Department of Energy) release a similar report each year—and these are eagerly awaited by energy wonks like myself and breathlessly reported upon by any journalist who loves to read an “official government report” and parrot it as if it were news.

The problem is—these projections are without fail wrong. 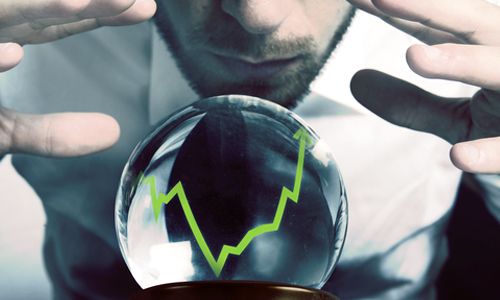 If you look back over previous EIA forecasts, they are remarkable in one respect. Their projections are historically well off the mark. Perhaps even more remarkable is that the media each year report these projections as if they were handed down from Mount Sinai.

So what does the EIA predict is in store for us now?

The 2014 forecast predicts that”

U.S. natural gas production, according to the EIA, will grow 56 percent over the projected period (through 2040). Good news for the oil and natural gas industry.

But what about U.S. energy consumption? Here are the projections (in percent of total consumed):

The predictions show that largely things will remain as they are. It seems that EIA officials have a fairly easy task. Simply look at the data from the past two years, and say that these trends will continue for the next 30 years or so. This is a pattern seen in each annual report.

But, unfortunately for these statisticians, while things are happening over here—other things are happening over there. Imagine in 1975 trying to predict the anticipated sales of typewriters for the next 30 years. Imagine back in 1910 trying to project the sales of horse buggies until 1940. Even the best analysis of historic data is not going to change the fact that the underlying technologies are dramatically changing.

The people creating these reports seem blind to the mega-trends that are reshaping the world’s energy landscape. And some of their projections simply boggle the mind. How, for example, can they project that nuclear energy output will remain the same for the next 30 years when a nuclear power plant has a life expectancy of 40 years, no new power plants have been built in the US since 1979 (35 years), – and no new power plants are likely to be built during the next 30 years.

So how well has this forecasting process has worked in the past. As an illustration—let’s examine what the EIA Annual Energy Outlook 2006 predicted would happen over the coming several decades…

In the two years following this EIA projection, the price of crude oil rose to $140 per barrel … the most dramatic increase in history. Nary a word about this coming upheaval in the forecast. Crude oil prices did then in fact decline. They are now at $94.80 per barrel (as of January 21, 2014).

“improvements in expected mine productivity … leads to a gradual decline in the average mine mouth coal price, to approximately $20.00 per ton in 2021.” EIA also predicted that U.S. coal production would increase and that coal would continue to dominate electrical production in the US for decades to come.

With the exception of renewable energy, no industry sector has been more volatile in recent years than natural gas. For years the price had hovered at between $4.50 to $5.50 per thousand cubic feet (mcf). The EIA projected more of the same. EIA predicted that prices would be relatively stable, within this historic range until 2030. Domestic production would increase a bit—from 18.52 trillion cubic feet per year in 2003 to about 20.44 trillion cubic feet in 2015.

They were once again, very very wrong. Prices spiked almost as soon as the ink dried on the 2006 report (to more than $14 per mcf in 2008), then plummeted, to under $2 per mcf in 2012. The term fracking entered our vocabulary and domestic production spiked to nearly 30 trillion cubic feet in 2012.

The EIA now projects that natural gas production will continue to grow dramatically for the next 25 years. But has this industry really transformed itself so dramatically in just eight years? Again, were they wrong then or wrong now?

But it seems that nowhere does the EIA have a harder time getting a fix on things than within the renewable energy industry. Today they grudgingly admit that renewables will play a role in the future. In fact, they have even gone so far as to predict (in their 2013 report) that “The share of U.S. electricity generation from renewable energy grows from 13 percent in 2011 to 16 percent in 2040”

In fact the share of U.S. electricity generated from renewables actually was 16 percent (15.9 percent, but let’s not quibble) within 12 months of this projection, not 27 years. Clearly they had not learned from their 2006 projection when they announced that “Total renewable generation … is expected to grow 1.7 percent per year.”

They predicted that electricity generated from non hydro renewables (primarily wind, solar and biofuels) “increases by 95 percent, from 2.2 percent of total generation in 2004 to 4.3 percent in 2030.” By 2013, however, non hydro renewable had already grown to provide about 7.5 percent of all US electrical generation—and were growing faster than any other energy segment.

In the weeks and months to come, we will be barraged with news reports quoting the soon-to-be released 2014 EIA report. These will be reported as pristine facts, backed by the full faith and credit of the US government.

We will be told that the U.S. possesses nearly unlimited and inexpensive natural gas reserves.

We will be told that the U.S. will produce so much domestic oil that we soon may, once again, become an exporter of energy.

We will be told that shipments of coal will soon be heading in great barges to fuel the growth of China.

We will be told, over and over, that “the Sun doesn’t always shine and the wind doesn’t always blow,” so renewables can and will play only an insignificant role in our energy future.

And once again—these predictions will be very very wrong.