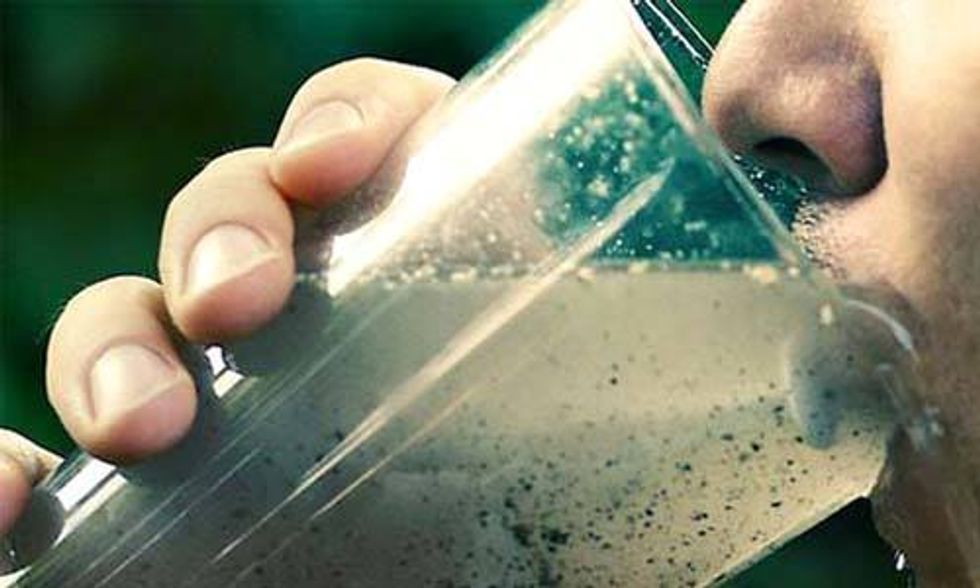 Or so says the U.S. Environmental Protection Agency's (EPA) press statement announcing the release of the agency's draft report on the risks to drinking water from fracking, and a legion of stories in the popular press that followed.

But is that what the scientific study itself found? (Spoiler alert: no)

The fact is that EPA cannot say with any certainty how widespread or systematic impacts to drinking water from fracking are, due to a lack of available data.

A thorough review of the study suggests that the EPA misrepresented the findings of its own study in both the press release and the high-level summary. EPA's statement that it did not find evidence of widespread, systematic impacts fails to accurately reflect the uncertainty in the underlying data.

The fact is that EPA cannot say with any certainty how widespread or systematic impacts to drinking water from fracking are, due to a lack of available data.

In an attempt to summarize this high-level finding from the study's Executive Summary, "We did not find evidence that these mechanisms have led to widespread, systemic impacts on drinking water resources in the United States," EPA's press statement changed the meaning.

As I explained in my blog on the report, not finding evidence of impacts is not the same thing as not finding impacts. EPA's press statement fails to accurately communicate this finding.

The bigger problem is, however, that finding itself. It does not faithfully summarize the results of the study.

EPA's ability to find evidence of impacts—let alone evaluate the frequency of those impacts—was seriously thwarted by a lack of available data. And when you read all 998 pages of EPA's study, not just the press release or Executive Summary, you find this confirmed over and over again. Here's a sample of the many places in the draft study where EPA made clear that they didn't have enough data to determine the presence of impacts, which in turn makes it impossible to determine the frequency or regularity of such impacts:

However, due to a lack of available data, little is known about the prevalence and severity of actual drinking water impacts. (p. 5-42)

The data contain few post-spill analyses, so ground water contamination may have occurred but have not been identified. (p. 5-46)

There was no reported sampling of soil or ground water to determine whether or not chemicals migrated into the soil. (5-69)

The lack of information regarding the composition of chemical additives and fracturing fluids, containment and mitigation measures in use, and the fate and transport of spilled fluids greatly limits our ability to assess potential impacts to drinking water resources. (p. 5-73)

There is a lack of baseline surface water and ground water quality data. This lack of data limits our ability to assess the relative change to water quality from a spill or attribute the presence of a contaminant to a specific source. (p.5-74)

There are documented chemical spills at fracturing sites, but a lack of available data limits our ability to determine impacts. (p. 5-74)

There are other cases in which production wells associated with hydraulic fracturing are alleged to have caused drinking water contamination. Data limitations in most of those cases (including the unavailability of information in litigation settlements resulting in sealed documents) make it impossible to definitively assess whether or not hydraulic fracturing was a cause of the contamination in these cases. (p. 6-53)

Subsurface monitoring data (i.e., data that characterize the presence, migration, or transformation of fluids in the subsurface related to hydraulic fracturing operations) are scarce relative to the tens of thousands of oil and gas wells that are estimated to be hydraulically fractured across the country each year (see Chapter 2). (p. 6-56)

These limitations on hydraulic fracturing-specific information make it difficult to provide definitive estimates of the rate at which wells used in hydraulic fracturing operations experience the types of integrity problems that can contribute to fluid movement. (p. 6-56)

Although it is collected in some cases, there is also no systematic collection, reporting, or publishing of empirical baseline (pre-drilling and/or pre-fracturing) and post-fracturing monitoring data that could indicate the presence or absence of hydraulic fracturing-related fluids in shallow zones and whether or not migration of those fluids has occurred. (p. 6-56)

Given the surge in the number of modern high-pressure hydraulic fracturing operations dating from the early 2000s, evidence of any fracturing-related fluid migration affecting a drinking water resource (as well as the information necessary to connect specific well operation practices to a drinking water impact) could take years to discover. (p. 6-56)

Because some components of hydraulic fracturing fluid are proprietary chemicals, and subsurface reaction products may be unknown, prior knowledge of the identity of analytes may not be available. Consequently, studies may be limited in their ability to determine the presence of either unknown or proprietary constituents contained in flowback or produced water simply because of the lack of knowledge of the identities of the constituents. (p. 7-14)

Despite various studies, the total number of spills occurring in the United States, their release volumes and associated concentrations, can only be roughly estimated because of underlying data limitations. (p. 7-45)

Extensive characterization of produced water is typically not part of spill response, and therefore the chemicals, and their concentrations, potentially impacting drinking water resources are not usually known. (p. 7-46)

These unauthorized discharges represent both documented and potential impacts on drinking water resources. However, data do not exist to evaluate whether such episodes are uncommon or whether they happen on a more frequent basis and remain largely undetected. (p. 8-20)

In addition, unauthorized discharge of wastewater is a potential mechanism for impacts on drinking water resources. Descriptions of several incidents and resulting legal actions have been publicly reported. However, such events are not generally described in the scientific literature, and the prevalence of this type of activity is unclear. (p.8-58)

Unauthorized discharges of hydraulic fracturing wastewater have been documented; such discharges could potentially impact drinking water resources, but estimates of the frequency of occurrence cannot be developed with the available data. (p.8-68)

Monitoring of surface waters, even screening with a simple TDS proxy such as conductivity, would be needed to help assess how often hydraulic fracturing activities (including spills or discharges of wastewater) affect receiving waters; such data are lacking except for some studies in the Marcellus Shale region. (p. 8-73)

There are several notable uncertainties in the chemical and toxicological data that limit a comprehensive assessment of the potential health impacts of hydraulic fracturing on drinking water resources. (p. 9-37)

This assessment used available data and literature to examine the potential impacts of hydraulic fracturing for oil and gas on drinking water resources nationally. As part of this effort, we identified data limitations and uncertainties associated with current information on hydraulic fracturing and its potential to affect drinking water resources. In particular, data limitations preclude a determination of the frequency of impacts with any certainty. There is a high degree of uncertainty about whether the relatively few instances of impacts noted in this report are the result of a rarity of effects or a lack of data. (p. 10-17)