Is Salt Good or Bad for My Health?

Health organizations have been warning us about the dangers of salt for a long time.

That’s because high salt intake has been claimed to cause a number of health problems, including high blood pressure and heart disease. 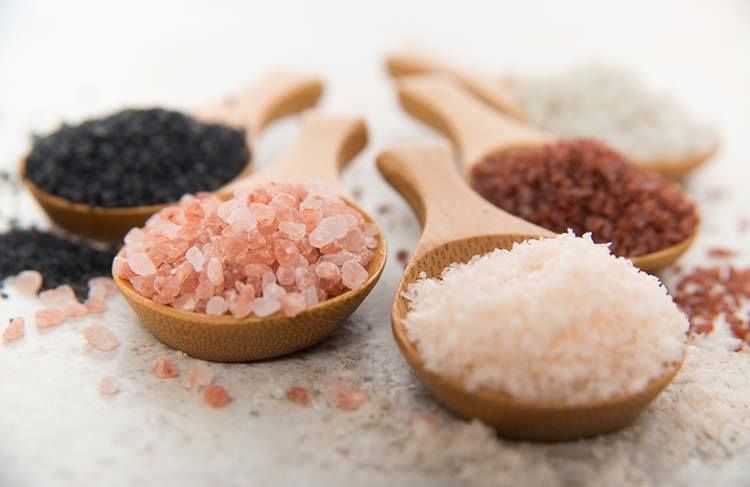 Many studies actually show that eating too little salt can be harmful.

However, decades of research have failed to provide convincing evidence to support this (1).

What’s more, many studies actually show that eating too little salt can be harmful.

This article takes a detailed look at salt and its health effects.

Salt is by far the biggest dietary source of sodium and the words “salt” and “sodium” are often used interchangeably.

Some varieties of salt may contain trace amounts of calcium, potassium, iron and zinc. Iodine is often added to table salt (2, 3).

The essential minerals in salt act as important electrolytes in the body. They help with fluid balance, nerve transmission and muscle function.

Some amount of salt is naturally found in most foods. It’s also frequently added to foods in order to improve flavor.

Historically, salt was used to preserve food. High amounts can prevent growth of the bacteria that cause food to go bad.

Salt is harvested in two main ways: from salt mines and by evaporating sea water or other mineral-rich water.

There are actually many types of salt available. Common varieties include plain table salt, Himalayan pink salt and sea salt. 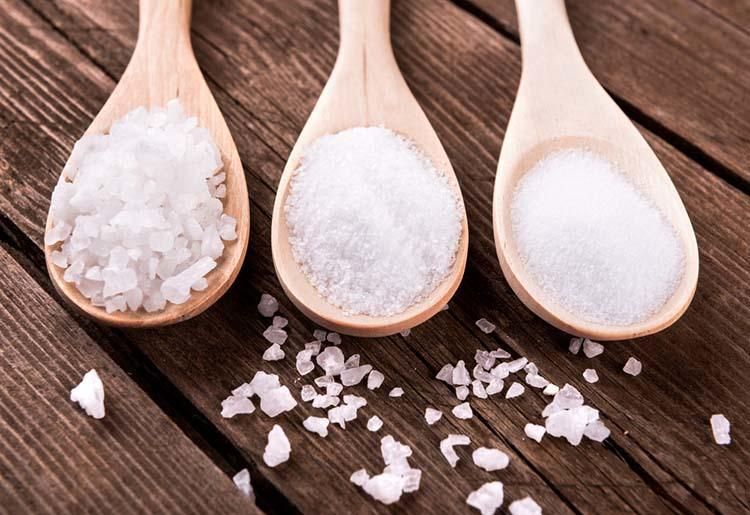 The different types of salt may vary in taste, texture and color. In the picture above, the salt on the left is more coarsely ground. The salt on the right is finely ground table salt.

In case you’re wondering which type is the healthiest, the truth is that they are all quite similar.

Bottom Line: Salt is mainly composed of two minerals, sodium and chloride, which have various functions in the body. It is found naturally in most foods and is widely used to improve flavor.

How Does Salt Affect Heart Health?

Health authorities have been telling us to cut back on sodium for decades. They say you should consume no more than 2,300 mg of sodium per day, preferably less (4, 5, 6).

This amounts to about one teaspoon or 6 grams of salt (salt is 40 percent sodium, so multiply sodium grams by 2.5).

However, about 90 percent of U.S. adults consume a lot more than that (7).

Eating too much salt is claimed to raise blood pressure, thereby increasing the risk of heart disease and stroke.

However, there are some serious doubts about the true benefits of sodium restriction.

It is true that reducing salt intake can lower blood pressure, especially in people with a medical condition called salt-sensitive hypertension (8).

But, for healthy individuals, the average reduction is very subtle.

That is like going from 130/75 mmHg to 128/74 mmHg. These are not exactly the impressive results you would hope to get from enduring a tasteless diet.

What’s more, some review studies have found no evidence that limiting salt intake will reduce the risk of heart attacks, strokes or death (10, 11).

Bottom Line: Limiting salt intake does result in a slight reduction in blood pressure. However, there is no strong evidence linking reduced salt intake to a lower risk of heart attacks, strokes or death.

Low Salt Intake can be Harmful

There is some evidence suggesting that a low-salt diet can be downright harmful.

The negative health effects include:

Bottom Line: A low-salt diet has been linked to higher LDL and triglyceride levels and increased insulin resistance. It may increase the risk of death from heart disease, heart failure and type 2 diabetes.

Stomach cancer, also known as gastric cancer, is the fifth most common cancer.

It is the third leading cause of cancer death worldwide and is responsible for more than 700,000 deaths each year (23).

A massive review article from 2012 looked at data from seven prospective studies, including a total of 268,718 participants (28).

It found that people with high salt intake have a 68 percent higher risk of stomach cancer, compared to those who have a low salt intake.

Exactly how or why this happens is not well understood, but several theories exist:

However, keep in mind that these are observational studies. They can not prove that high salt intake causes stomach cancer, only that the two are strongly associated.

Bottom Line: Several observational studies have linked high salt intake with an increased risk of stomach cancer. This may be caused by several factors.

Which Foods are High in Salt/Sodium?

Most of the salt in the modern diet comes from restaurant foods or packaged, processed foods.

In fact, it is estimated that about 75 percent of the salt in the U.S. diet comes from processed food. Only 25 percent of the intake occurs naturally in foods or is added during cooking or at the table (32).

There are also some seemingly un-salty foods that actually contain surprisingly high amounts of salt, including bread, cottage cheese and some breakfast cereals.

Bottom Line: Foods that are high in salt include processed foods, such as salted snacks and instant soups. Less obvious foods, such as bread and cottage cheese, may also contain a lot of salt.

Should You Eat Less Salt?

Some health conditions make it necessary to cut back on salt. If your doctor wants you to limit your salt intake, then definitely continue to do so (8, 33).

However, if you are a healthy person who eats mostly whole, single ingredient foods, then there is probably no need for you to worry about your salt intake.

In this case, you can feel free to add salt during cooking or at the table in order to improve flavor.

Eating extremely high amounts of salt can be harmful, but eating too little may be just as bad for your health (16).

As is so often the case in nutrition, the optimal intake is somewhere between the two extremes.

9 Reasons Why You Should Not Fear Healthy Carbs

Dr. Mark Hyman: Do You Have Skinny-Fat Syndrome?

Matcha: The Healthier Green Tea You Should Be Drinking