Is Obama Already Wavering on His Promise to Combat Climate Change? 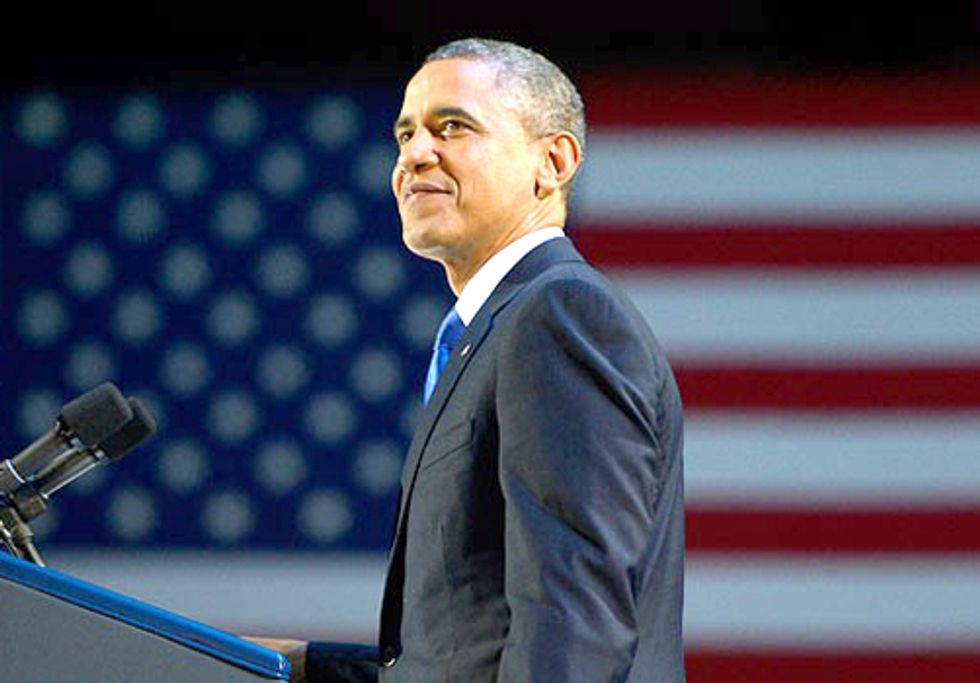 In his first press conference after being reelected, President Obama told reporters that climate change could take a backseat to efforts to boost the economy in the near term.

It sure didn't take the President long to water down the passionate commitment he made to the electorate just a week ago when he stated in his acceptance speech that:

"We want our children to live in an America that isn't burdened by debt, that isn't weakened by inequality, that isn't threatened by the destructive power of a warming planet."

Last time around, when there was a climate bill making its way through the House of Representatives we were told that the bill would be put on hold until Obama's health care reform was taken care of.

We all know what happened. No climate bill.

Obama is walking a fine line here when he told the gathered press that:

“I think the American people right now have been so focused and will continue to be focused on our economy, jobs and growth that if the message is somehow that we’re going to ignore jobs and growth simply to address climate change, I don’t think anybody’s going to go for that. I won’t go for that."

Setting up a presumption that solutions to climate change are somehow an opposing force to economic growth has, in the case of many other politicians, been the first step down the road to avoiding doing much about the issue at all.

The U.S. continues to lag in the worldwide renewable energy boom. There is, for instance, a huge opportunity for the President to lead in education initiatives that will teach a generation of students the expertise they need to compete in a re-invented global energy sector. Not to mention the opportunities to re-invent America's manufacturing sector.

There is also the escalating costs to the American taxpayers to cover the devastating effects of climate change in the form of more frequent weather events like Hurricane Sandy, droughts in the farming belts and out-of-control wildfires like the ones we saw this summer in Utah and Colorado.

Time will tell whether Obama stays true to his word, but it sure as heck isn't a good sign that the President already appears to be waffling on an issue that just eight days ago he spoke so passionately about.

I guess time will tell if he truly is committed to seeing a world in which our children aren't threatened by the destructive power of a warming planet.

Kevin Grandia is a writer, researcher and founder of the Center for Democracy in Politics. He is formerly the director of online strategy at Greenpeace USA and has been writing on climate change and other pressing social issues for more than seven years. For five years he was the managing editor of DeSmogBlog.com that in 2011 was named one of the top 25 blogs in the world by Time Magazine. Originally from Vancouver, Canada, he now lives in Washington, DC. Follow Grandia on Twitter.