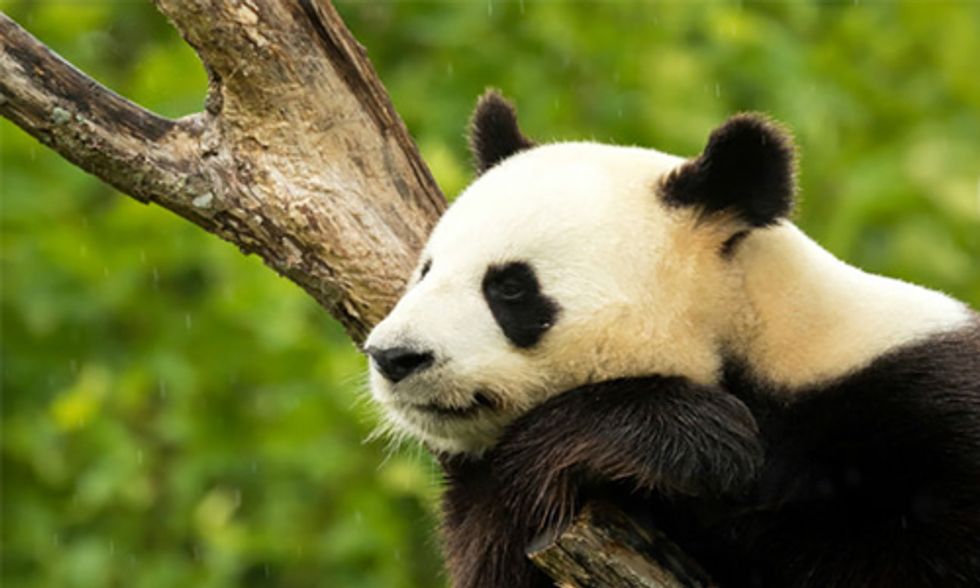 Due to a breeding boom over the past few years, giant pandas are making a strong recovery. Some experts argue that the species should be removed from the critically endangered list—but is it too soon?

This comes as the International Union for the Conservation of Nature (IUCN) undertakes an official reassessment of the panda’s status. The Swiss-based organization uses a seven-point scale to gauge the risk facing animal populations.

Due to a breeding boom over the past few years, giant pandas are making a strong recovery. Photo credit: Thinkstock

Sources have reportedly told Chinese authorities that ICUN experts are considering downgrading the giant panda from “endangered” in the wild to the still concerning but slightly lower category: “high risk of endangerment.”

In the mid-90s, the population of wild pandas dropped as low as 1,000 individuals. Despite evolutionary adaptations for a carnivorous diet, giant pandas eat around 26 to 84 pounds of bamboo a day. But forest fragmentation and encroaching human populations threaten this critical food source.

Giant pandas also have a low birth rate, meaning that it can take a long time for the population to recover. And even with severe penalties in place, pressures from illegal poaching continue to pose a significant barrier to recovery.

Despite this, earnest conservation efforts may have paid off.

Since 1974 the Chinese government has surveyed giant pandas in the wild. As of 2003, it estimated that there were about 1,596 individuals. The latest survey data, which was released in 2013, showed that giant pandas had increased in number to 1,864.

It’s important to note that the 2003 data was slightly skewed because researchers used different survey methods. Therefore, the increase doesn’t necessarily reflect conservation efforts, as some of those pandas may have just been overlooked in previous counts.

Nevertheless, a debate has raged as to whether the amount of money and energy that has gone into saving the giant panda is really worth it.

Some critics have argued that we have, in part, been so invested in the panda’s survival simply because it has become an iconic symbol of China. They assert that efforts could have been channeled elsewhere to save less photogenic animals from extinction who have a better chance of longterm survival.

However, others insist that the money invested in panda conservation is worthwhile. Pandas spread seeds throughout their forest territories, meaning they serve an important function in their habitats.

Organizations like the WWF argue that because many livelihoods depend on those same forests, the pandas are integral to their ecosystem. They also point out that pandas are considered an umbrella species, meaning that their protection also aids animals like the snub-nosed monkey and certain forest antelope species, to name just a few.

Evidently, there’s significant pressure to prove that panda numbers are rebounding and that conservation efforts are succeeding.

Even so, reports of the giant panda being downgraded from “endangered” status may be premature. While the Chinese government seems keen to accept a downgrade of the panda, the IUCN has reportedly said its assessment of the giant panda has not been completed. As of now, there is no firm date for when an announcement might be made.

Panda advocates may be somewhat relieved to hear this. While the Chinese government wants to appear supportive of panda conservation, it is undeniable that the government could do more. For example, not all giant pandas live in forests that are currently protected. That means that their habitats are at risk of further fragmentation. For a species that is already notoriously skittish when it comes to breeding, this could impact population growth.

Conservationists may worry that any premature downgrading of the panda’s status will be a greenlight for the Chinese government to relax its efforts to save pandas.

The IUCN’s decision will no doubt play a part in determining what future approach is taken to save this undeniably enigmatic and beautiful animal.