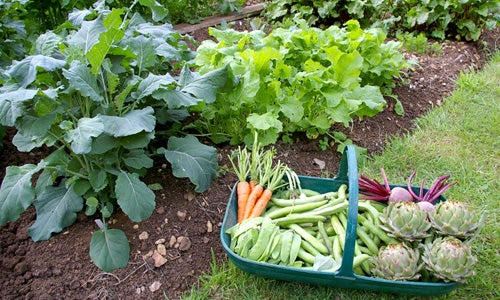 Meat lovers will be forgiven if they feel like the wagons are circling around their protein of choice. The raising of animals for food has been implicated in a host of ethical, environmental, humanitarian and animal welfare problems, while eating animals is increasingly blamed for various health problems. 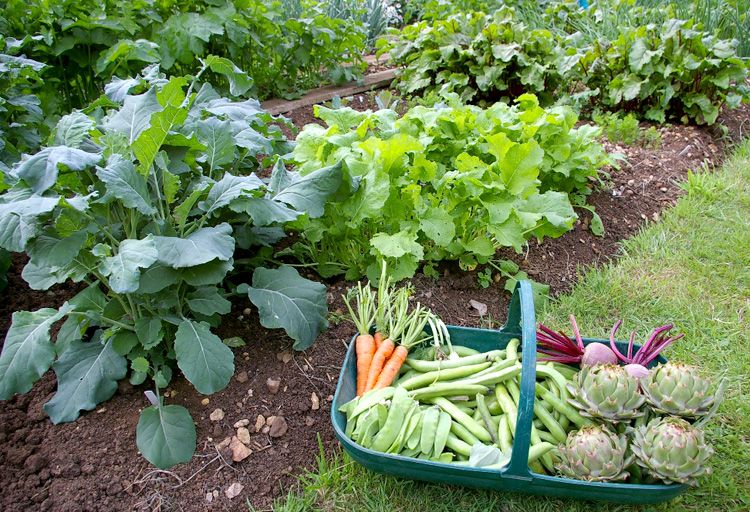 By growing all of his food himself, Will Bonsall can vouch that it’s animal-free. But any vegan who buys her food is going to have blood on her hands, not to mention bone and poop, Bonsall says.

Livestock production is widely considered responsible for some 18 percent or more of greenhouse gas emissions. That’s why the United Nations and several countries have formally recommended people eat less meat in order to curb the climate crisis. Meat probably gives you cancer, notes the World Health Organization, and contributes to world hunger, according to hunger advocates who point out how much human food could be grown with the resources currently devoted to raising animal feed. Plus, there’s the ethical issue of confining sentient beings for the duration of their short, miserable lives, and then killing them.

This is why a growing number of consumers are seeking out plant-based foods. Veggie burger technology is exploding. Vegan mayo is making Hellmann’s nervous. Tofurkey has become so much more than pretend turkey. And veggie- and nut-based milks are the backbone of a plant-based food industry estimated at $3.5 billion.

When authorities shut down Miyoko’s Kitchen for labeling its non-dairy cheese-like product “cheese,” a trade association coalesced around the issue. “Every other sector of the food industry—from sugar to organics—is represented in the policy arena,” said Michele Simon, executive director of the Plant Based Foods Association, in a press release. “The time has come for the plant-based food industry to also have a collective voice.”

I asked Simon what would happen if the entire world switched to plant-based foods. Where would the manure come from to fertilize the plants? She laughed it off, saying she didn’t expect to put the animal industry out of business.

Nor would she necessarily want to, because the way the food system is currently configured, the plant-based foods industry depends on raising animals, and in the worst way. Even if the plant-based foods themselves don’t contain the flesh of animals, most are produced in fields that have been fertilized with manure, blood meal, bone meal and other animal products. So if that farmers market tomato or Whole Foods lettuce are produced in an earthy cocktail of blood, bone and excrement, how animal-free is that salad?

And not just any animal products. Many of the animal-based soil amendments we peacefully spread upon our permaculture plots are byproducts of the absolute ugliest side of animal production, concentrated animal feeding operations, or CAFOs. When you buy manure compost, you aren’t exactly getting poop from grass-fed cattle, as collecting that shit would be impractical. That poop—even the poop used on organic farms—comes from feedlots, auctions and other places where random animals are confined together. Bone and blood, meanwhile, comes from the slaughterhouse.

“You can be vegan, as long as the rest of the world is eating their animals,” explained Will Bonsall, a farmer in the mountains of Maine, who says he’s one of the few vegans in the world who actually eats a truly plant-based diet. By growing all of his food himself, Bonsall can vouch that it’s animal-free. But any vegan who buys her food is going to have blood on her hands, not to mention bone and poop, Bonsall says.

Bonsall and his family of four live almost entirely from a garden that’s an acre and a half in size. It’s not only animal-free, he says, it’s practically input-free. He creates all of the fertility he needs from plant compost (and his own poop), and gets essential minerals from wood ash from his own trees. The only mineral he needs is borax, in such small quantities he figures he could hitchhike to California with a backpack and get a lifetime supply from some dry lakebed, and hitch home with it. He’s gathered his unique knowledge in the book Will Bonsall’s Essential Guide to Radical, Self-Reliant Gardening.

Bonsall, who is described by Publisher’s Weekly as a “homesteader, organic farmer and visionary,” is one of the few farmers on this side of the Atlantic practicing what’s known as animal-free agriculture, or veganic organic farming. In the United Kingdom, where the vegan movement is older and stronger, there is even a “Stock-Free” certification program.

The premise is simple. Fertility is managed by the production of “green manures,” or plants that are grown specifically to be composted or plowed back into the soil. When you think about it, there is a certain elegance to this. After all, a cow who eats nothing but plants is essentially just a living plant composter, turning those plants into meat, bones, blood and manure. Why not remove the cow from the equation in favor of other composting tactics to produce that fertilizer? And why not eat the plants themselves, rather than the methane-spewing, exploited animals who eat it? In these respects, a plant-based agriculture and diet seem like they could be more efficient.

I write this as an unrepentant meat lover, with a freezer full of deer and elk meat. I don’t think my meat has the same ecological footprint, socioeconomic impact, or health outcomes on my body as a Wendy’s burger. The same could be said for a bucket of wild-caught herring. But I also understand that the majority of consumers don’t have access to enough hunting or fishing opportunities to match their flesh consumption. So while hunting and fishing—and perhaps some examples of livestock—are exceptions to the rule, they don’t invalidate it, because most people in the world’s population centers have their proteins produced for them.

Iain Tolhurst, of Tolhurst Organics in South Oxfordshire, is one of the UK’s old-guard, stock-free farmers. He and his partner Lin have run their farm for some 40 years, making it one of the longest-running organic farms in England. In an article on the website Stock Free Organic Services, he described how his soil has improved via stock-free methods.

“Regular soil analysis has shown that we are steadily improving fertility, especially phosphate and potash, due to the deep rooting foraging of the legumes,” says Tolhurst, whose farm spans nearly 20 acres. “The soil fauna has improved dramatically with better health of the seventy odd crops that we grow.”

Tolhurst was inspired by vague reports he’d heard of ancient Chinese farmers feeding millions of people with extensive use of green manures, rather than animals. Bonsall said something similar. Both farms are living proof that animal-free agriculture is possible. Tolhurst believes the principles can be scaled up to larger operations as well. “It’s not just small intensive units such as ours who can make this system work; the big boys can play this game too,” he says, citing research on potatoes and grains.

When I asked Bonsall about scale-ability, he expressed annoyance at having to answer this question so often. “The assumption behind your question is analogous to the dietary argument that animal products are the best source of protein,” he said, “which puts vegetarians on the defensive, so they say things like, Oh, if you eat enough soybeans you will be OK.”

Meat is a secondhand food, and manure is secondhand fertility, he says, no apologies necessary. “The land will produce its own fertility, if you let it, and not waste its fertility by putting it through an animal.” A cow, he says, in its daily routine of living and breathing and moving, will use 90 percent of the energy in its feed. “You’re taking the doodoo that’s left over, the remaining ten percent of the plant energy that animal consumed, and feeling proud.”

But many small-scale organic farmers, even those who are sympathetic to the negative aspects of meat and its production, are nonetheless skeptical of the need to go so far as to remove animals from ecological loops that have existed for as long as agriculture.

“I’m not saying it’s biologically impossible to grow food without animals,” says Montana farmer Josh Slotnick. “But I also don’t think there is necessarily any moral high ground to doing so.” Grazing animals like cows, bison and other ungulates have always been a part of the plains ecosystems that make the best farmland, he says, and removing these animals from agricultural systems is an unnecessary end-run around a fundamental law of nature: life arises from death and waste.

Bonsall doesn’t buy the idea, often perpetuated by proponents of free-range cattle, that ecosystems need animals in order to be complete. “Buffalo are not a source of fertility on the prairie,” he says. “Those are indirect sources. The direct source is the plants the buffalo eat.”

But the self-described hippie homesteader isn’t avoiding animals out of ethical reasons. He’s full of snark at the “bunny-hugger” vegans and doesn’t hesitate to shoot deer out of his fields, because being plant eaters, the deer are his competition. “My enemies are vegans.” Instead of eating the deer himself, Bonsall drags them into the nearby woods to attract coyotes, which, “keeps the deer nervous.”

Bonsall has been vegan for so long he doesn’t think his stomach could handle meat, but even if he could, he isn’t interested in eating animals. Nor is it practical, as Bonsall believes animal-free agriculture is the most efficient way to produce his food.

Unfortunately, Bonsall’s animal-free diet isn’t available to people who aren’t prepared to walk the talk. The other practitioners are subsistence farmers like himself, and he isn’t aware of anyone doing it commercially in the U.S. But if the demand for truly plant-free food were there, he says, the supply would surely rise to meet it. And it shouldn’t be more expensive than animal-based plant food, he says. It should be cheaper, as it’s more efficient.

“We kill animals if we have to,” he says, of his violent garden exploits. “But it’s stupid to eat them as food.”

10 Worst Foods to Eat in the Morning