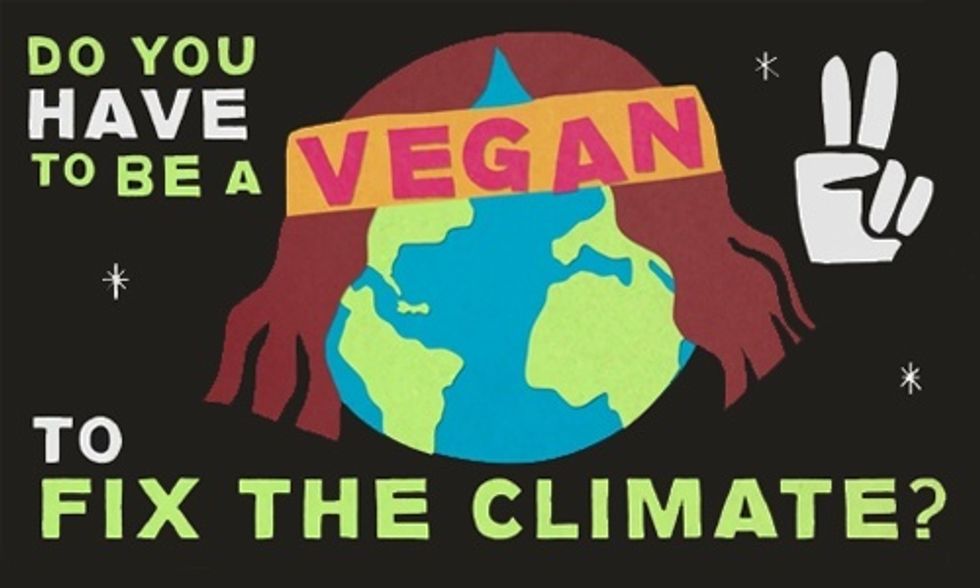 Becoming a vegan has been hailed as the solution to so many of the planet's woes. Heck, even Jon Stewart said it. Gene Baur of Farm Sanctuary went on The Daily Show a few months ago and told Stewart:

We could save 70 percent on health care costs if we switched to a whole foods, plant-based diet in this country, we could save so much on resources—water, for example, half of the water used in this country is used to raise animals for food—and animal agriculture contributes more to climate change than the entire transportation industry.

So, do we all need to become vegans in order to stop climate change?

This video from The Guardian offers some insightful answers. Watch here:

Climate Change Is a Major Buzz Kill for Bumblebees