Is GMO Corn Safe to Eat? 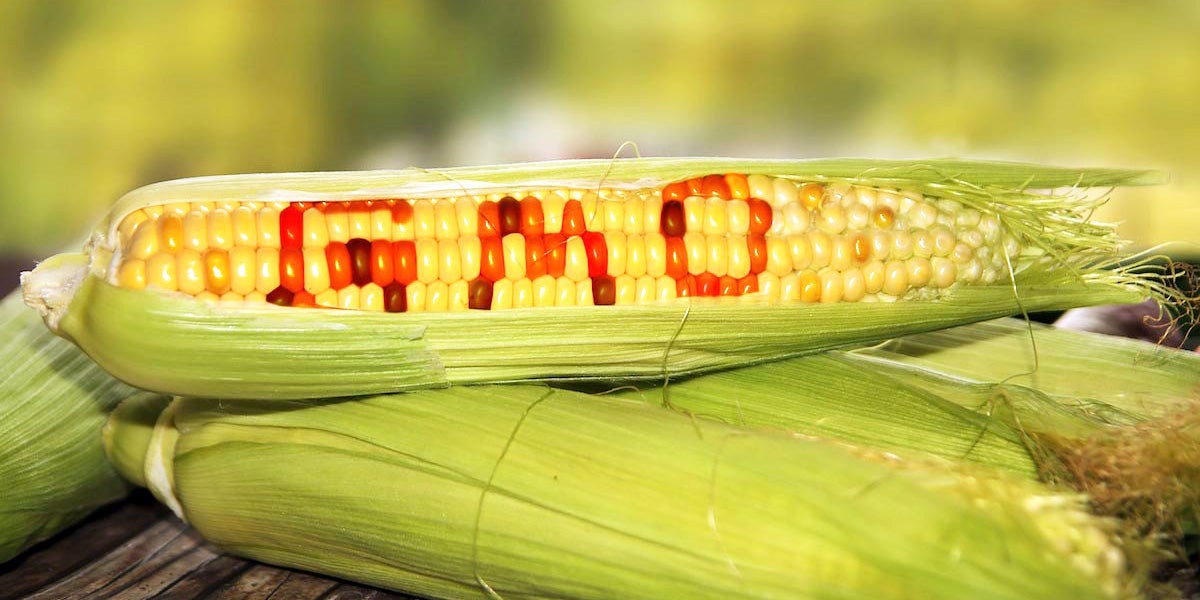 A unique new study published in December 2016 in the scientific journal Nature has used molecular profiles to reveal major differences in composition between a GMO corn and its non-GMO parent. These findings question industry and regulatory position of “substantial equivalence” and have serious safety implications.

The peer-reviewed study led by Dr. Michael Antoniou at King’s College London describes the effects of the process of genetic engineering on the composition of a genetically modified Roundup-resistant GMO corn variety, NK603.

“Our study clearly shows that the GM transformation process results in profound compositional differences in NK603, demonstrating that this GMO corn is not substantially equivalent to its non-GMO counterpart,” Dr. Antoniou said. “The marked increase in putrescine and especially cadaverine is a concern since these substances are potentially toxic, being reported as enhancers of the effects of histamine, thus heightening allergic reactions and both have been implicated in the formation of carcinogenic nitrosamines with nitrite in meat products. Our results call for a more thorough evaluation of the safety of NK603 corn consumption on a long-term basis.”

In-depth analysis of types of proteins (“proteomics”) and small biochemical molecules (“metabolomics”) revealed major compositional differences between NK603 and its non-GMO parent. The results obtained show not only disturbances in energy utilisation and oxidative stress (damage to cells and tissues by reactive oxygen), but worryingly large increases in certain substances (polyamines).

Polyamines found to be present in increased amounts in GMO NK603 corn include putrescine and cadaverine, which can produce various toxic effects. For example, they enhance the effects of histamine, thus heightening allergic reactions and both have been implicated in the formation of carcinogenic substances called nitrosamines.

Overall, the findings of this study disprove industry and regulatory agency claims that NK603 is “substantially equivalent” to its non-GMO counterpart and suggest that a more thorough evaluation of the safety of consuming products derived from this GMO corn on a long term basis should be undertaken.

1. The establishment of compositional “substantial equivalence” is a key starting point requested by regulatory agencies for assessing the safety of a GMO crop and food. If analysis for nutrients and known toxins shows that the composition of a GMO crop is found to be in a similar range to that present in a corresponding, genetically similar non-GMO variety (often the non-GMO parent), then it is deemed to be “substantially equivalent” and to require little, if any, further safety testing, especially in the U.S.

2. Genetically modified (GM) corn NK603, engineered to survive being sprayed with glyphosate based weedkillers such as Roundup, was assessed as “substantially equivalent” to its non-GM parent corn variety, based on a nutrient composition analysis of both crops. It was subsequently granted market approval.

3. However, the nutrient compositional analysis is relatively crude and may miss subtle yet important differences between the GMO and non-GMO food, which could have health consequences for the consumer. For example, the compositional analysis includes measurement of total protein content, yet this is less important than the profile of different types of proteins. In other words, the message is in the detail, yet this detail is currently lacking in regulatory analysis investigating the substantial equivalence of a product.

4. This gap in compositional information for the Roundup-tolerant NK603 corn was addressed in this study by analyzing this GMO with the nearest non-GMO corn variety as a control. The two crops were grown under similar conditions, in the same location and season, spaced at a sufficient distance to avoid cross-contamination. One field of NK603 was sprayed once with Roundup, whilst another field of NK603 was not treated with Roundup. Samples were produced in two cultivation cycles over two growing seasons. Thus all precautions were taken to minimize environmental factors that could influence the composition of the crops. The result is a comparative analysis that specifically highlights the effect of the genetic modification (GM) transformation process.

In this study Dr Antoniou and colleagues have undertaken proteomics (protein profiling) and metabolomics (small biochemical profiling) analyses, comparing NK603 with its non-GMO counterpart in order to deepen the understanding of the effects of the GM transformation process used to generate this variety of GMO corn. In addition, NK603 cultivated either with or without being sprayed with Roundup was also investigated in order to determine the effects, if any, of this weedkiller on the biochemistry and hence composition of this GMO corn.

This broad range of analysis is designed to ascertain more deeply and precisely whether NK603 is truly “substantially equivalent” to its corresponding non-GMO variety and whether this raises any health concerns.

1. A total of 117 proteins and 91 small molecule biochemicals (metabolites) were found to be statistically significantly altered in NK603 corn by the GM transformation process.

2. The GM transformation process was the major contributor to variation in the protein and metabolite profiles, rather than environmental factors such as the spraying of the Roundup weedkiller or the growing season.

3. Alteration in the protein profile revealed by the proteomics analysis was reflective of an imbalance in energy utilization and oxidative stress (damage to cells and tissues by reactive oxygen).

4. Small molecule biochemical profile differences revealed by metabolomics mostly consisted of an increase in a class of compounds known as polyamines; the levels of potentially toxic putrescine and especially cadaverine were markedly increased in the GM NK603 corn.

1. GM NK603 corn and its corresponding non-GMO corn variety are not substantially equivalent.

2. The GM transformation process caused alterations in both protein and metabolite composition profiles in NK603 corn.

3. The non-substantial equivalence of NK603 corn with the corresponding non-GMO corn, and the increases in potential toxic compounds (polyamines; putrescine, cadaverine) in NK603 corn, indicate that a more thorough investigation of the safety of consuming products derived from this GMO food is warranted.

The GM transformation process causes a general disturbance in the GMO plant. Whether the increased levels of cadaverine and putrescine found in the NK603 corn samples can account for the signs of potential negative health effects in rats fed on this corn needs to be further analysed in long-term feeding studies on laboratory animals, using methods that specifically and more accurately quantify the amounts of these polyamines and their effects.

State-of-the-art molecular profiling “omics” methods could be used to deepen our understanding of the differences between GM plants and their non-GMO counterparts. This would enable scientists to improve the pre-commercial safety testing of GM plants by highlighting the presence of increased levels of known toxins (for example, certain polyamines found at increased levels in this study) or novel toxins and potentially allergenic substances.