Is Fracking with Propane Safe? 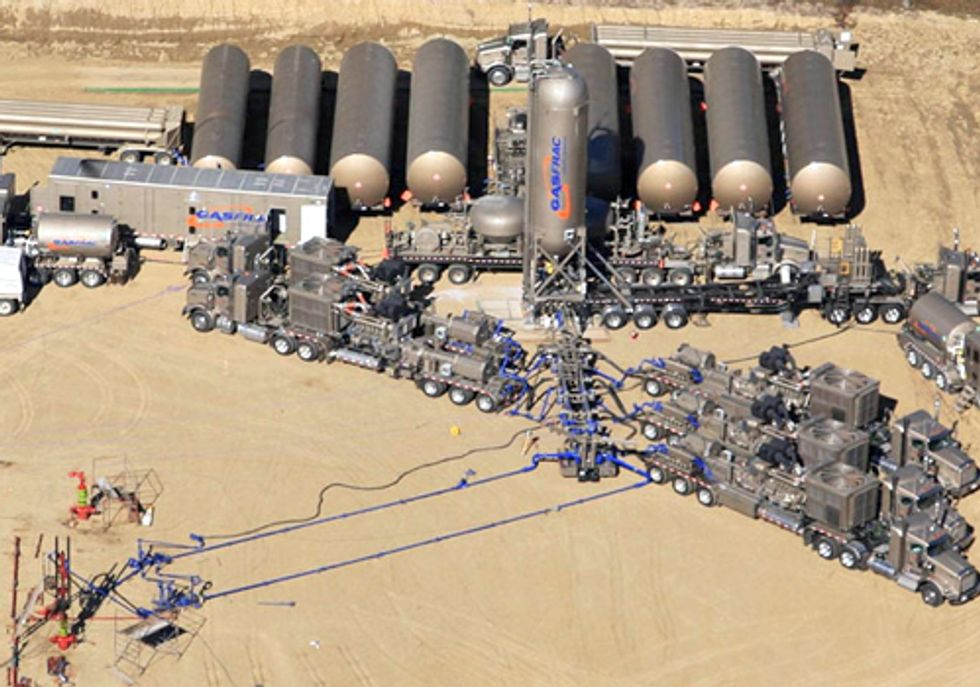 In the debate over whether hydraulic fracturing should be allowed in New York State, the need for millions of gallons of water at each well is a major concern, according to Matt Richmond of Radio WSKG. Now a Canadian company called GasFrac is trying to eliminate the large volume (2 to 8 million gallons) of water for every well being fracked by using propane instead of water.

Kyle Ward of GasFrac says that, besides propane, there are only four ingredients in the company’s fracking fluid, all of which decompose naturally. Not only that, all of the propane comes back out of the well, whereas much of the water used in fracking stays underground.

Ward says the propane that comes back up out of the well can be easily separated. It’s then sold or reused. “The propane fracturing would leave most of those naturally-occurring constituents down in the shale,” says Dave Yoxtheimer of Penn State’s Marcellus Center for Outreach and Research.

While Yoxtheimer says propane offers a solution for the challenge posed by wastewater treatment, he says it also creates new risks. “You have a large volume of an explosive substance that you’re transporting and then handling onsite,” Yoxtheimer says. In fact, a recent explosion at a Gasfrac site in Alberta led to a three-week shutdown in operations while the company reviewed its safety procedures.

The company has expanded anyway, fracturing more than 500 wells in 2011. That’s a nearly four-fold growth in just two years. This year the company completed its first wells in Ohio’s Utica Shale. Gasfrac’s Kyle Ward says the technology, which was first used in 2008, should also increase production by up to 30 percent over the life of a well. It’s too soon to say whether that’s true. Still, the company’s expansion after just a couple of years is a sign that the technology is attractive to companies.

But Nadia Steinzor of the Oil & Gas Accountability Project says regulators should take a close look at the use of propane, also known as LPG fracking, before it spreads. “Every time there’s a new technology that could get more gas out of the ground, a lot of people get really excited,” says Steinzor. “But just because LPG is new and different and doesn’t use water, doesn’t make it safe.”

Steinzor’s group along with 14 other environmental organizations sent a letter to New York’s Department of Environmental Conservation (DEC) in April. The coalition is calling on the DEC to perform a separate environmental review of propane-based fracking before allowing it in the state.

A deal with a landowners’ group in New York’s Southern Tier that would have required drillers to use Gasfrac has been put on hold since first being reported in March.

An earlier report on propane fracking was presented at FrackCheckWV.net.