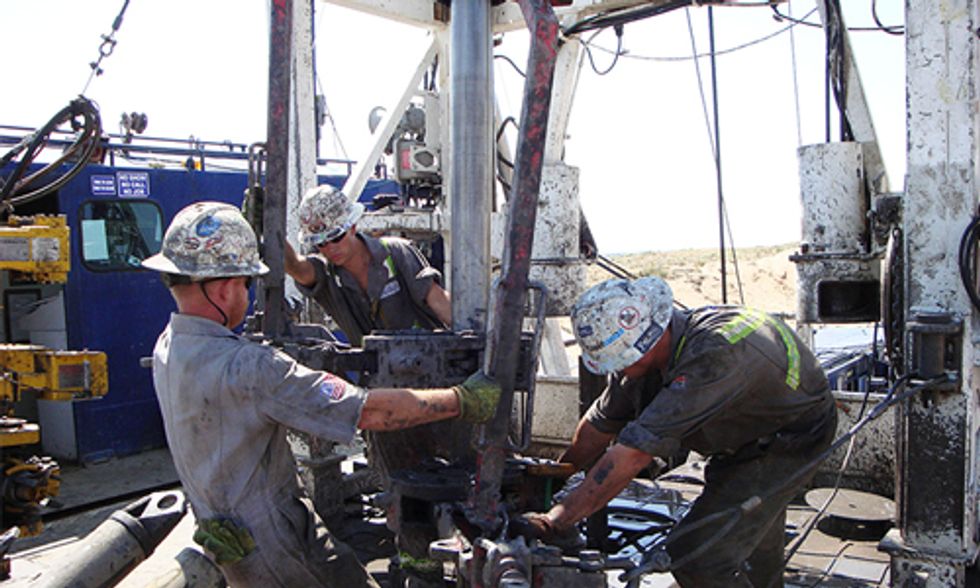 Eventually what goes down, must come up. And to the relief of everyone in the oil industry, the global energy watchdog, the International Energy Agency (IEA) believes that there are signs that oil prices “might have bottomed out.”

The IEA goes onto hope that “there may be light at the end of what has been a long, dark tunnel,” before warning that “we cannot be precisely sure when in 2017 the oil market will achieve the much-desired balance.”

The shale industry has shed more than 100,000 jobs in the last year and these cannot be replaced at a click of the fingers. Some 60 percent of fracking equipment is idle or offsite.

The oil price is certainly showing signs of recovery. Indeed, in its latest monthly report, the IEA notes that oil prices have risen by a whopping forty percent since early February.

But as the OilPrice website notes, much of this rise has nothing to do with the fundamentals of the oil market—supply and demand—it is due to the fact that speculators believe the price could go no further down.

As they say: “Much of the rally has a lot more to do with market sentiment than with the fundamentals. Oil speculators have closed out a huge chunk of their short positions, making bets that oil prices had reached a bottom. The short-covering rally contributed to a sharp jump in prices.”

“We’ve got the bottom in for oil,” argues influential trader Bill O’Grady, chief market strategist at Confluence Investment Management in St. Louis, which runs a portfolio of $3.4 billion. “Gasoline demand is improving and we have a strong speculative participation in the market. You are building a base for oil to trade between $30 to $50.”

Whether this recent rise is actually good for the oil industry is open to debate. Some analysts believe that the rise could become “self-defeating” as it will allow some American shale producers to ramp up production, after moth-balling certain operations due to the price plunge.

One such analyst Jeffrey Currie, the head of commodities research at Goldman Sachs, argues “My concern is if the market surges right back to $50 a barrel … we just end up with another problem six months from now.”

But whether the U.S. shale industry can just crank up production and act as what is known as a “swing producer,” is now open to debate.

Restarting production overnight is just not going to happen. The shale industry may have cut itself too close to the bone to be able to start running again.

The industry has shed more than 100,000 jobs in the last year and these cannot be replaced at a click of the fingers. Some 60 percent of fracking equipment is idle or offsite.

Others agree. According to today’s Wall Street Journal “As oil prices show some signs of stabilizing, American producers and oilfield-services companies are warning that they may not be able to jump-start drilling.”

The Wall Street Journal argues that the reason for this is that “many independent companies are too financially strapped, have let go too many workers or have idled too much equipment to immediately ramp up again.”

John Hess, the chief executive of Hess Corporation tells the paper: “The balance sheets of these shale-only producers have to be repaired for them to get back to drilling. That’s going to curb any recovery.”

Others are equally cautious. Lynn Helms, director of North Dakota’s Department of Mineral Resources is quoted as saying, “If you’ve been on a strict diet for a long period of time, it takes a while to put the weight back on.”

Indeed, the boss of one fracking company, Basic Energy Services, which has laid off more than 40 percent of its workforce, told a conference last week: “We have lost a lot of good people. They won’t be back.”