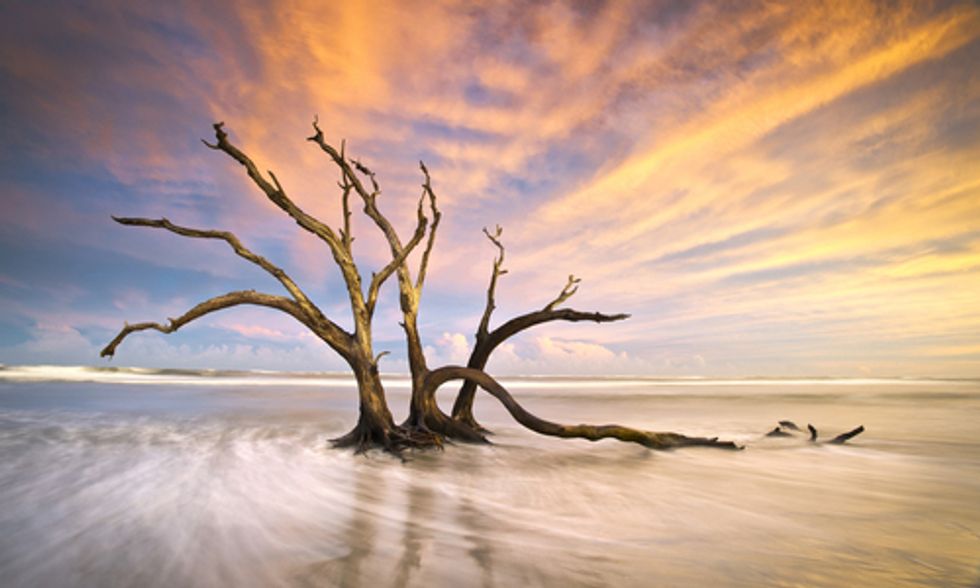 While 62 percent of Americans say that they believe climate change is a factor driving recent natural disasters and extreme weather—probably a higher percentage than in Congress—49 percent also believe they are caused by "Biblical end times," with an especially high number of white evangelicals holding that belief. That's according to a new survey released by the Public Religion Research Institute, which queried people on the intersection of their religious faith and their beliefs about climate change. And it found dramatic differences between people expressing different faith beliefs.

Overall, it found that while a majority of respondents were sympathetic to the cause of fighting climate change, it wasn't at the top of their minds. Only 5 percent said it was "the most important issue" facing the U.S., well behind issues like lack of jobs (22 percent), income inequality (18 percent) and health care (17 percent). And it seemed as if most people treated it as an "out of sight, out of mind" issue, looking only at the direct impact on their own lives. More people identified the symptoms of climate change such as air and water pollution, water shortages, drought and diminishing wilderness areas as the most pressing environmental problem, rather than climate change itself. And far more people believed it would have a greater impact in poorer, far-away countries than in the U.S or on themselves.

The survey sorted its respondents into three groups: "believers," "sympathizers" and "skeptics"—46 percent, 25 percent and 26 percent respectively, with a handful failing to provide information. The believers think that climate change is happening and is human-drive; sympathizers believe it is happening as a result of natural forces and skeptics don't think it is happening at all.

The self-centeredness continued when skeptics were asked why they thought climate change wasn't happening. "Answers varied considerably, but the most frequently cited reason (33 percent of all open-ended answers) was that they have not noticed a change in the weather around them," the study said.

Responses among religious groups vary, bookended by Hispanic Catholics and white Catholics at the far ends of the scale. With minorities, both black and Hispanic, registering a far higher concern about climate change than white respondents, Hispanic Catholics had by far the highest level of concern, with 43 percent saying they are "very concerned" and another 30 percent saying they are "somewhat concerned." Among the religiously unaffiliated, black Protestants, non-Christian religious and Jews, those vert concerned and somewhat concerned combine top 50 percent. But among white mainline Protestants, it drops to 43 percent, and only 35 percent of white evangelical Protestants expressing any level of concern. Forty-one percent of white Catholics express some concern, although the number saying they are "very concerned" is the lowest of all groups, at 17 percent.

Most likely to hold that opinion? No surprise—it's white evangelical protestants who say that Biblical "end times" rather than climate change is driving the severity of recent natural disasters severity of recent natural disasters to the biblical “end times” 77 percent to 49 percent (The overlap is presumably those who think both are responsible).

There's some sort-of good news though:

"Americans generally reject the idea that God intended humans to use the earth strictly for their own benefit. Nearly 6 in 10 (57 percent) Americans say God gave humans the task of living responsibly with animals, plants and other resources, which are not just for human benefit. By contrast, about one-third (35 percent) of Americans believe that God gave human beings the right to use animals, plants and all other resources of the planet solely for their own benefit."