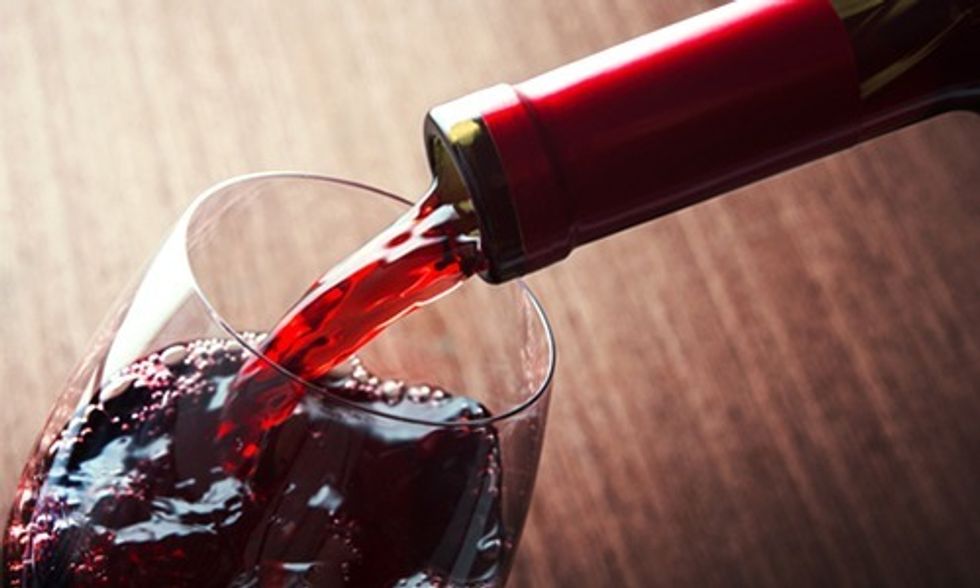 The health benefits of red wine have been debated for some time.

Many believe that a glass each day is a valuable part of a healthy diet, while others think wine is somewhat overrated.

Studies have repeatedly shown that moderate red wine consumption seems to lower the risk of several diseases, including heart disease.

However, there is a fine line between moderate and excessive intake.

This article takes a detailed look at red wine and its health effects.

What is Red Wine and How is it Made?

Red wine is made by crushing and fermenting dark-colored, whole grapes.

There are many types of red wine, which vary in taste and color. Common varieties include Shiraz, Merlot, Cabernet sauvignon, Pinot noir and Zinfandel.

Consuming moderate amounts of red wine has been shown to have health benefits. This is mainly due to its high content of powerful antioxidants.

The alcohol in wine is also believed to contribute some of the benefits of moderate wine consumption (1).

Bottom Line: Red wine is made by fermenting dark-colored, whole grapes. It is high in antioxidants, and drinking moderate amounts has been shown to be good for health.

Red wine is often believed to be responsible for the “French paradox."

This phrase refers to the observation that the French have low rates of heart disease, despite consuming a lot of saturated fat and cholesterol (2).

Some experts believed that red wine was the dietary agent protecting the French population from the harmful effects of these nutrients.

However, new studies have shown that dietary cholesterol and saturated fat do not cause heart disease when consumed in reasonable amounts (3, 4).

The true reason behind the good health of the French is probably the fact that they eat more whole foods and live overall healthier lifestyles.

Bottom Line: Some people believe that red wine is responsible for the good health of the French population and that it is the main explanation for the French paradox.

Grapes are rich in many antioxidants. These include resveratrol, catechin, epicatechin and proanthocyanidins (5).

These antioxidants, especially resveratrol and proanthocyanidins, are believed to be responsible for the health benefits of red wine.

Proanthocyanidins may reduce oxidative damage in the body. They may also help prevent heart disease and cancer (6, 7, 8).

Resveratrol is found in grape skin. It is produced in some plants, as a response to damage or injury (9).

This antioxidant has been linked with many health benefits, including fighting inflammation and blood clotting, as well as reducing the risk of heart disease and cancer. Resveratrol can also make test animals live longer (10, 11, 12).

However, the resveratrol content of red wine is rather low. You would have to consume several bottles per day to reach the amount used in the animal studies. This is not recommended, for obvious reasons (13, 14).

If you're drinking wine just for the resveratrol content, then getting it from a supplement may be a better idea.

Bottom Line: The powerful plant compounds in red wine have been linked with many health benefits, including reduced inflammation, lower risk of heart disease and cancer, and extended lifespan.

Red Wine May Lower the Risk of Heart Disease, Stroke and Early Death

Small amounts of red wine are linked to more health benefits than any other alcoholic beverage (5, 15, 16).

There seems to be a J-shaped curve that explains the relationship between wine intake and the risk of heart disease.

People who drink approximately 150 ml (5 oz) of red wine a day seem to be at about a 32 percent lower risk than non-drinkers.

However, higher intake increases the risk of heart disease dramatically (14, 17).

Drinking small amounts of red wine may reduce the risk of heart disease by helping to retain the “good" HDL cholesterol in the blood. Oxidative damage and the oxidation of the “bad" LDL cholesterol may also be reduced by up to 50 percent (18, 19, 20, 21).

Some studies indicate that populations already at a high risk of heart disease, like the elderly, may benefit even more from moderate wine consumption (22).

Many studies have shown that moderate wine drinkers are at a lower risk of death from heart disease, compared to non-drinkers or beer and spirit drinkers (22, 26, 27,28, 29, 30).

Bottom Line: Drinking 1 - 2 glasses of red wine each day may lower the risk of heart disease and stroke. However, high amounts may increase the risk.

Red wine has been linked with several other health benefits, many of which are attributed to its potent antioxidants.

Red wine consumption is linked to:

It seems clear that moderate amounts of red wine can be good for you. However, there are also some important negative aspects to consider, which are discussed below.

Negative Health Effects of Drinking Too Much Alcohol

While a moderate amount of red wine may provide health benefits, consuming too much alcohol can cause devastating health effects.

Bottom Line: An excessive intake of alcoholic beverages may cause alcohol dependence, liver cirrhosis and weight gain. It may also increase the risk of depression, disease and premature death.

Should You Drink Red Wine? If Yes, How Much?

If you like drinking red wine, there is no need to worry unless if you are exceeding the recommended amount.

In Europe and America, moderate red wine consumption is considered to be (48, 49):

Some sources also recommend having 1 - 2 alcohol-free days each week.

Keep in mind that this refers to total alcohol intake. Drinking this amount of red wine in addition to other alcoholic beverages could easily put you in the range of excessive consumption.

If you have a history of substance abuse, then you should probably avoid wine and any other alcoholic beverage completely. Also be very careful if you have a family history of alcoholism.

Bottom Line: Moderate intake of red wine is defined as 1 - 2 glasses per day. It is also recommended that you have at least 1 - 2 days a week without alcohol.

Despite red wine being linked with some health benefits, none of them are worthy of encouraging alcohol consumption.

There are many other effective ways to improve your health that don't require you to consume something that can be harmful (50).

However, if you are already drinking red wine, then there's no need to stop (unless you're drinking too much).

As long as you don't drink more than 1 - 2 glasses per day, then it should only be doing you good.

6 Reasons Why You Should Eat Hemp Seeds

5 Foods You Should Eat Regularly for Optimum Health