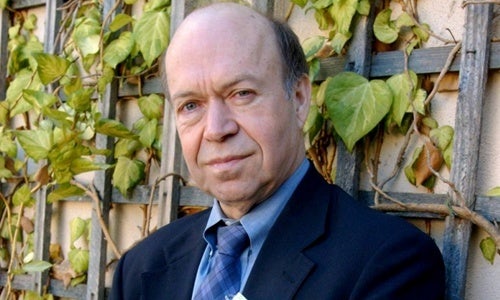 Dr. James Hansen has repeatedly billed himself as an advocate of nuclear power.

Yet sometimes things are so far removed from reality as to not be what they appear to be.

Hansen published an article with three co-writers Thursday in The Guardian. It advocates nukes as a solution to global warming. All have impressive resumes in the fight to save the Earth. But their argument for nukes makes sense only as parody.

61 new reactors per year! But that’s just for starters.

Another 54 new reactors per year must cover “population growth and development in poorer countries.”

So “this makes a total requirement of 115 reactors per year to 2050 to entirely decarbonize the global electricity system in this illustrative scenario,” the authors said in The Guardian article.

“We know that this is technically achievable because France and Sweden were able to ramp up nuclear power to high levels in just 15-20 years,” they said.

Yikes! Breathe deep! Or be awestruck by the brilliance of the parody.

Right now less than 440 commercial reactors more or less operate worldwide, depending on how one counts those shut since Fukushima.

Now multiply 115 new reactors a year from now until 2050. Can you do it with a straight face?

Team Hansen provides no calculations on the cost, size or reliability of these projected nukes.

We do hear about “next-generation nuclear power with a closed fuel cycle.”

But none exist today.

None could be designed, financed or built in time to save us from climate chaos. All would drain the on-going boom in wind and solar.