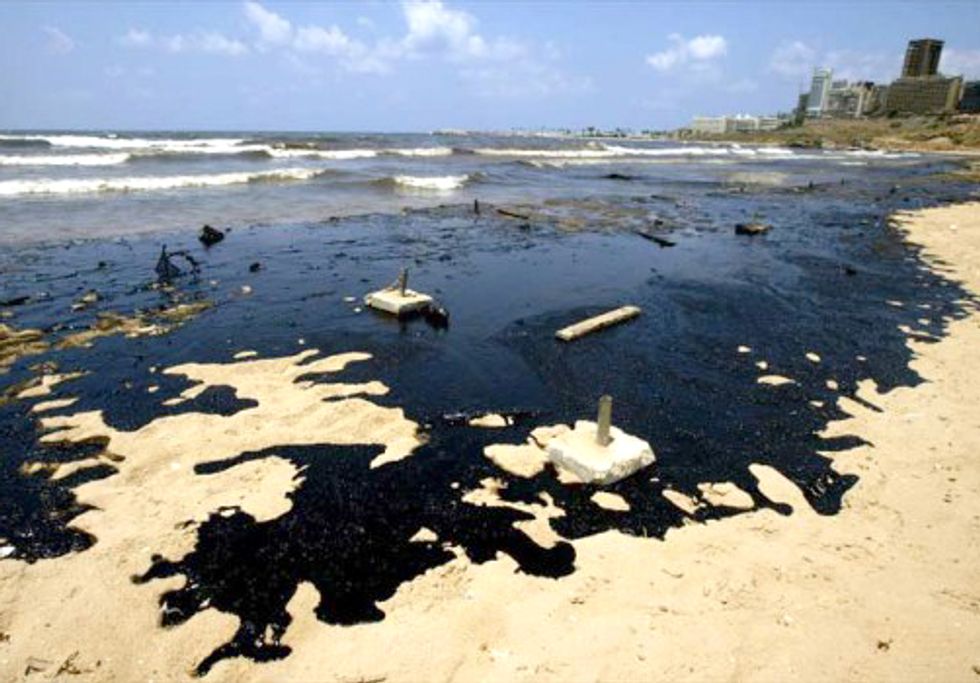 In late 2009, climate change deniers thought they had found the Holy Grail in terms of climate denial—a collection of more than 3,000 hacked emails that they took out of context to “prove” that scientists were lying about human-driven climate change. This so-called scandal became known as “Climategate.” And even though the full context of the emails revealed that the scientists involved undoubtedly agreed that climate change was real and that the science proved so, climate deniers today still use those false, cherry-picked emails to sell their conspiracy theory to the American public. Reputations were destroyed, the truth was kept hidden, and the public was left confused and annoyed as a result of the entire fiasco.

With Climategate still weighing heavily on the minds of climate scientists and the entire scientific community, it's no surprise that these professionals would want their private communications to remain exactly that, for fear that anything they’ve said could be taken grossly out of context, or completely re-worded to fit a biased agenda. If information is pertinent and relevant to public discourse, they have been more than happy to oblige requests, but anything beyond that is clearly a violation of their privacy.

So why then is BP trying to obtain every piece of email correspondence from scientists who researched the Gulf of Mexico oil geyser?

That’s a question that numerous scientists have tried to figure out in recent weeks. The oil giant has subpoenaed emails from scientists who studied the oil and its impact on coastal and marine environments to use in the numerous civil and federal lawsuits against the company.

What makes this a problem is that scientists have already turned over the relevant data to the company and the federal government, but BP wants access to the private correspondence between the scientists as well, hoping for another “Climategate”-type email chain that can be used to discredit the scientists.

Christopher Reddy and Richard Camilli, scientists at the Woods Hole Oceanographic Institution who worked on the Gulf oil disaster, took to the pages of The Boston Globe this week to tell the story of what is happening to them at the hands of BP:

Deliberation is an integral part of the scientific method that has existed for more than 2,000 years; e-mail is the 21st century medium by which these deliberations now often occur. During this process, researchers challenge each other and hone ideas. In reviewing our private documents, BP will probably find e-mail correspondence showing that during the course of our analysis, we hit dead-ends; that we remained skeptical and pushed one another to analyze data from various perspectives; that we discovered weaknesses in our methods (if only to find ways to make them stronger); or that we modified our course, especially when we received new information that provided additional insight and caused us to re-examine hypotheses and methods.

In these candid discussions among researchers, constructive criticism and devil’s advocacy are welcomed. Such interchange does not cast doubt on the strengths of our conclusions; rather, it constitutes the typically unvarnished, yet rigorous, deliberative process by which scientists test and refine their conclusions to reduce uncertainty and increase accuracy. To ensure the research’s quality, scientific peers conduct an independent and comprehensive review of the work before it is published.

…Although there is a confidentiality agreement that BP is subject to, the burden is left entirely to us, a single academic research organization, to police the use of our intellectual property by one of the largest corporations in the world.

Ultimately this is not about BP. Our experience highlights that virtually all of scientists’ deliberative communications, including e-mails and attached documents, can be subject to legal proceedings without limitation. Incomplete thoughts and half-finished documents attached to e-mails can be taken out of context and impugned by people who have a motive for discrediting the findings In addition to obscuring true scientific findings, this situation casts a chill over the scientific process. In future crises, scientists may censor or avoid deliberations, and more importantly, be reluctant to volunteer valuable expertise and technology that emergency responders don’t possess. Open, scientific deliberation is critical to science. It needs to be protected in a way that maintains transparency in the scientific process, but also avoids unnecessary intrusions that stifle research vital to national security and economic interests.

But there’s a good reason for BP to want access to every piece of correspondence they can get their hands on. As Reddy and Camilli point out, many of these emails contain half-finished works, dead-end hypotheses and other information that can easily be taken out of context.

What this could do for the company is provide “reasonable doubt,” which would have a tremendous effect on the lawsuits against the company. If they are able to manipulate the data they uncover in a way that casts even the most minimal doubt on the claims being made by scientists (those that would be relevant to the claims of plaintiffs along the Gulf Coast) that would greatly reduce the company’s liability to plaintiffs, as well as the federal government (who has imposed fines against the company for the environmental damage.)

But this is certainly not the first time that BP has tried to manipulate science. In the earliest days of the oil disaster, the company took a page out of the Exxon playbook and began offering huge cash bonuses to Gulf Coast scientists willing to join their campaign to downplay the effects of the oil on coastal communities and wildlife. As I wrote at Energy Boom in 2010:

BP is reportedly offering large sums of cash to any scientist willing to join their camp. The embattled oil giant has been meeting with scientists from universities in the South for several weeks, offering to pay $250 an hour to scientists in exchange for their silence on the oil spill.

The University of South Alabama declined an offer from BP to “purchase” their entire marine sciences department after BP wanted them to sign a confidentiality agreement that would have prevented them from making their research findings public, even if asked by a court.

Those who choose to sign up with BP—enticed by offers of as much as $104,000 a year—will no longer be able to provide information to the government due to the contracts BP forces them to sign.

What this means is that when the case goes to court, these experts will no longer be able to testify about the dangers of the oil spill. Without these experts, it will be difficult for plaintiff’s attorneys to make a case.

Since they were unsuccessful with their attempts to buy the scientists’ loyalty, the subpoenas for emails are the company’s backup plan to undermine the work of these professionals.

While the scientists have a lot to lose from the release of their personal, academic information (as long as it is taken out of context and used against them as academic professionals), BP has everything to gain from unbridled access to the emails.

Is BP's approach an ethical one? Not by a long shot. But as was the case with the 'Climategate' attacks on scientists, ethics will never stand in the way of polluters attempting to cast doubt on firm science and further delay accountability for their destruction of the planet.