Is BP Getting Away with Murder? 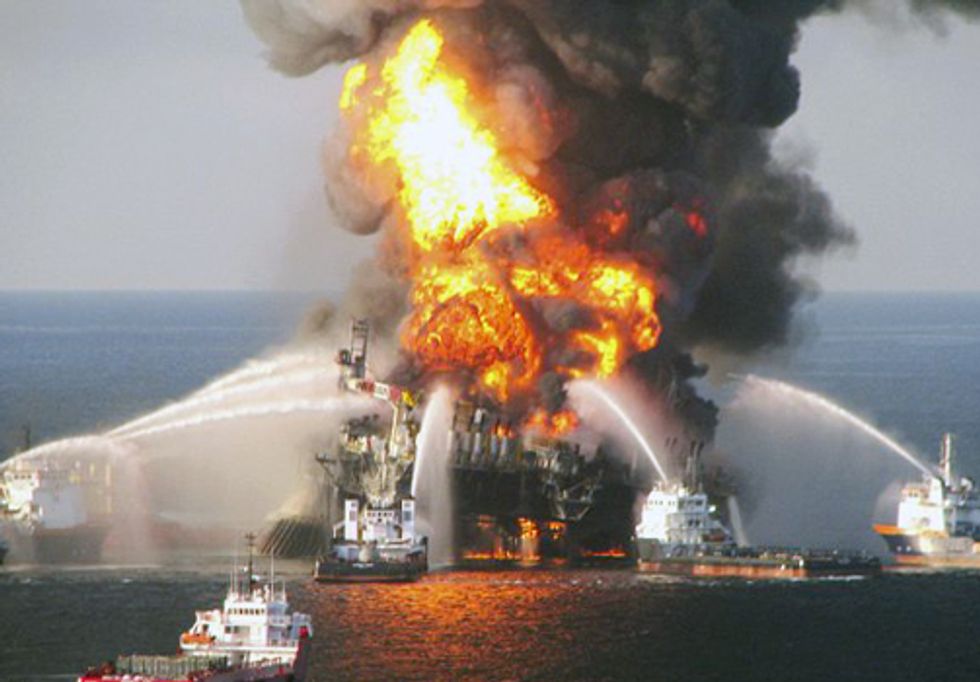 According to various news reports, BP has reached a deal with the Department of Justice and agreed to pay a record U.S. criminal penalty totaling $4.5 billion in addition to pleading guilty to gross misconduct in the 2010 Deepwater Horizon gulf oil disaster.

The AP reports BP will also plead guilty to obstruction “for lying to Congress about how much oil was pouring out of the ruptured well.” The agreement was reportedly made in exchange for a waiver of future prosecution on the charges, and sources say it will not cover outstanding federal civil claims.

It remains to be seen whether BP will plead guilty to felony counts, or if the Department of Justice will grant a deferred prosecution agreement. Deferred prosecution would fail to address the company’s willful negligence in the deaths of 11 people, permanent damage to the gulf ecosystem and the ongoing impact on the residents of gulf states.

“Today's announcement of a proposed settlement between BP and the U.S. government fails every aspect of the commonly accepted notion of penalty.

“This proposed settlement would not hold the guilty accountable for their actions. This fine amounts to a rounding error for a corporation the size of BP. It is far less than Shell Oil has already spent in the Arctic, without yet commencing serious operations.

“BP management is clearly hanging low-echelon technical and engineering staff out to dry while making no significant changes to their disastrous business model.

“This proposed settlement would not deter future crime. As the other oil giants have resources similar to BP's, this proposed settlement would give a green light for more reckless behavior in environments across the globe. Shell will now be eager to return to the Arctic Ocean in 2013, knowing that its inevitable oil spills will be met with similar slaps on the wrist.

“Indeed, if one looks at the fate of BP's stock price—the only metric of value in the corporate world—it's clear that far from a penalty, this proposed settlement would be a reward to BP.”

Earlier this year, Greenpeace released previously unseen photos of endangered Gulf species covered in BP oil, as well photos of a dead sperm whale found 77 miles from the site of the disaster.

“The price of one sperm whale in the gulf is immeasurable,” John Hocevar, director of Greenpeace U.S. oceans campaign said, “and we still don’t know the full ecological story of the BP Deepwater Horizon Disaster. This settlement would buy off further government silence about the full impacts. The Gulf deserves a full accounting for the damage BP has done, and this proposed settlement is simply BP trying to buy its way out of responsibility.”