Is Agave Nectar Worse Than Sugar? 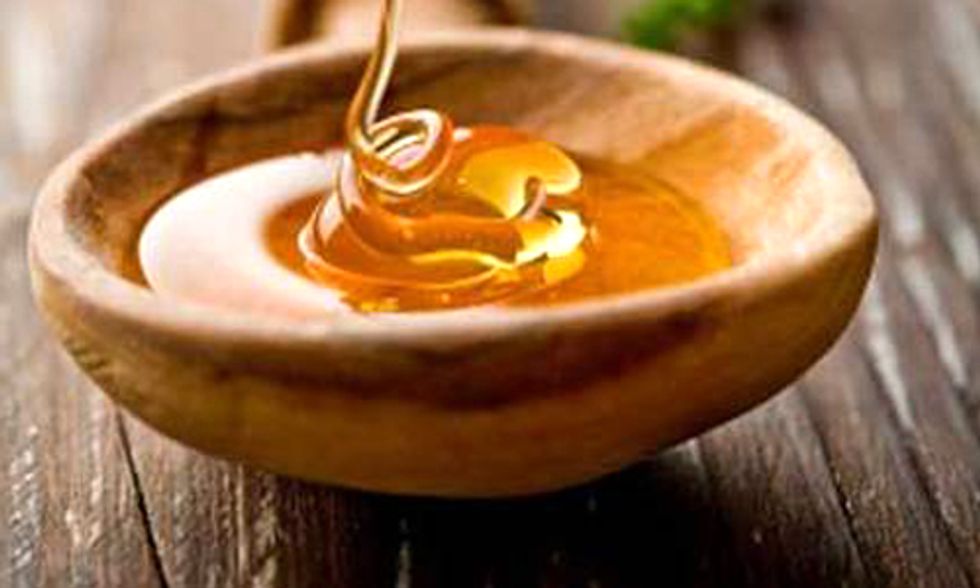 The harmful effects of sugar are among the few things that most health experts agree on.

Everyone knows that sugar is unhealthy and most health conscious people try to avoid it.

Not surprisingly, all sorts of other sweeteners have become popular, both natural and artificial.

One of those is called Agave nectar, a sweetener that is found in various “health foods.”

Agave nectar may just be the unhealthiest sweetener in the world. It makes regular sugar look healthy in comparison … and that is saying something.

It is claimed to be natural, and marketed as a diabetic-friendly sweetener that doesn’t spike blood sugar levels.

However, if you ignore the marketing claims and take a look at what Agave nectar really contains, you will learn that it is actually even worse than plain sugar.

Let me explain why …

The Agave plant grows natively in the southern U.S. and South America. It is most commonly associated with Mexico.

Although most Westerners only recently started hearing of Agave, it has been used in Mexico for hundreds (if not thousands) of years.

Back in the day, the Mexicans used it for various purposes and believed it to have medicinal properties.

But the most common use of the Agave plant is fermenting the sugars in it to produce the alcoholic beverage called tequila.

In fact, tequila is the most common commercial use of Agave today and one of Mexico’s best known export products.

Like many plants in their natural state, Agave probably does have some health benefits.

However, as is so often the case, when the product is processed and refined it tends to lose some (or all) of these beneficial health effects. This appears to be the case with the refined Agave sweetener that people are consuming today.

Bottom Line: Agave is a plant that grows in large amounts in Mexico. It has a long history of use as a medicinal plant, sweetener, and can also be fermented to make tequila.

How is Agave Nectar Made?

The sweetener commonly sold as Agave nectar would be more accurately labelled as Agave syrup.

The truth is… it has very little in common with the traditional sweetener made by the Mexicans.

The starting process is the same. They take the plant, then cut and press it to extract the sugary circulating fluid.

This fluid is high in sugar, but it also contains healthy compounds like fructans, which are linked to beneficial effects on metabolism and insulin (2).

However, when processed into a syrup, the manufacturers break the fructans down into fructose by exposing the sugary fluid to heat and/or enzymes (3, 4).

This process destroys all of the health promoting properties of the Agave plant, but instead produces the concentrated syrup available on store shelves that is falsely claimed to be healthy.

The manufacturing process is similar to how other unhealthy sweeteners are made, such as High Fructose Corn Syrup.

Bottom Line: The Agave sweetener sold today is made by treating the sugars with heat and enzymes, which destroys all the beneficial health effects of the Agave plant. The end product is a highly refined, unhealthy syrup.

Agave Nectar Does Not Spike Blood Sugar Much

The Glycemic Index (GI) is a measure of how quickly the sugar in a food enters your bloodstream.

Generally speaking, the higher the GI rating of a food, the greater the blood sugar spike and the worse it is for your health (5, 6, 7).

Unlike glucose, fructose does not go directly into the bloodstream and therefore doesn’t raise blood sugar or insulin levels in the short-term.

This is why high fructose sweeteners are often marketed as “healthy” or “diabetic friendly.”

Agave nectar has a very low GI, primarily because almost all of the sugar in it is fructose. It has very little glucose, at least when compared to regular sugar.

A recent study in mice compared the metabolic effects of Agave nectar and sucrose (plain sugar) after 34 days. The mice getting agave nectar gained less weight and had lower blood sugar and insulin levels (8).

This is actually what we would expect in a short-term study, as the glucose in plain sugar elevates both blood sugar and insulin levels, whereas fructose does not.

That being said … the glycemic index is just one of many things to consider when looking at the health effects of sweeteners.

The harmful effects of Agave (and sugar in general) actually have very little to do with the glycemic index but everything to do with the large amounts of fructose … and Agave nectar is very high in fructose.

Although both glucose and fructose look very similar, they have completely different effects in the body.

Glucose is an incredibly important molecule. It is found in many healthy foods (like carrots and potatoes) and our bodies even produce it to make sure that we always have enough.

In fact, every living cell on the planet has glucose in it… because this molecule is absolutely vital to life.

In the context of a high-carb, high-calorie Western diet, eating a lot of added fructose can wreak havoc on metabolic health (10).

The liver gets overloaded and starts turning the fructose into fat, which gets shipped out as VLDL particles and raises blood triglycerides. Many researchers even believe that some of the fat can lodge in the liver and cause fatty liver disease (11, 12, 13).

Although fructose doesn’t raise blood sugar levels in the short-term, it can contribute to insulin resistance when consumed in large amounts.

This can cause major increases in long-term blood sugar and insulin levels, strongly raising the risk of metabolic syndrome and type 2 diabetes (14, 15, 16).

Eating large amounts of fructose can also have various other harmful effects… such as increasing small, dense LDL particles and oxidized LDL (very bad), cause belly fat accumulation, to name a few (17).

Here’s where it gets really interesting … Agave nectar is about 85 pecent fructose, which is much higher than plain sugar (18).

Keep in mind that none of this applies to whole fruit, which are loaded with fiber and make us feel full quickly. We are well equipped to handle the small amounts of fructose found in fruit.

This “Healthy” Sweetener is Even Worse Than Regular Sugar

If you must add some extra sweetness to your diet, agave nectar is absolutely notthe way to do it.

There are several natural sweeteners out there that are much healthier … including stevia, erythritol and xylitol.

Agave nectar may just be the unhealthiest sweetener in the world. It makes regular sugar look healthy in comparison … and that is saying something.

Coconut Water: Is It All It’s Cracked Up To Be?

6 Reasons Chia Seeds Should Be Part of Your Daily Diet