Is 3D Printing the Answer to Plastic Waste? 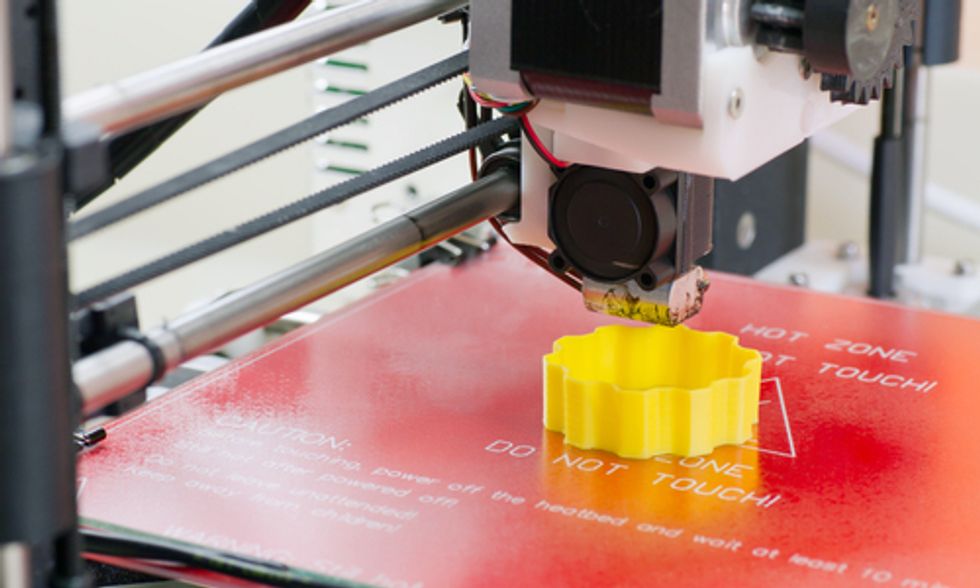 You've probably heard a lot about 3D printing in the last few years. "Printing" is sort of a misnomer. Also referred to as "additive manufacturing," it's the process of creating an object from a digital file by layering filaments to form the finished product. It's been hyped as a revolution that will make conventional manufacturing obsolete, allowing people to create the products and tools they need in their own homes.

We'll see about that. But meanwhile, a company in Rotterdam, Netherlands called Better Future Factory, which launched last year by a team of recent graduates of Delft University of Technology, is promoting 3D printing as the solution to the widespread problem: plastic waste. Their Perpetual Plastic Project proposes that the filaments used in the process be made from recycled plastic bottles, cups and other stuff that too often ends up in landfills.

"Two things are for sure," says Gaspard Bos, who describes himself as the "navigator" of the Perpetual Plastics Project. "One is that the production of plastics worldwide is increasing and two is that the recovery of plastics worldwide is not increasing at the same rate. Less than 10 percent of plastics gets recycled. The municipalities and local governments decide what to do with the waste and the consumer is almost powerless. We want to empower these consumers in their local communities to do something with their waste."

That ring was made from discarded plastic cups like this one. Awesome! Photo credit: Better Future Factory

"We make an intervention in these economies, radically changing the value of their plastic waste," he explains. "We use the power of design to change it into something people want. We designed an interactive recycling installation that allows anyone to make really cool things from their plastic trash in a really awesome way."

The process starts with ordinary plastic cups which are washed, dried and fed into a shredder that reduces them to tiny pieces. Those pieces are fed into an extruder, heated and melted into the filaments used in the 3D printer.

Plastic cups are shredded and turned into the filaments fed into a 3D printer to produce objects like plastic rings. Photo credit: Better Future Factory

So far, the interactive recycling installation has been used primarily to produce cute little plastic rings with a heart design. That might not make a huge dent in the plastic waste stream but it gives the Perpetual Plastic Project engineers a hook to demonstrate to observers at events the potential of the process and give them something to take away with them to remind them what can be done with stuff that gets thrown away.

"The person that made his own ring has forever changed his mind about plastic products," says Bos. "Wherever you are in the world and you feel like your waste should be turned into awesomeness, contact us."

Beyond ‘Reduce, Reuse, Recycle’ to a World Without Waste