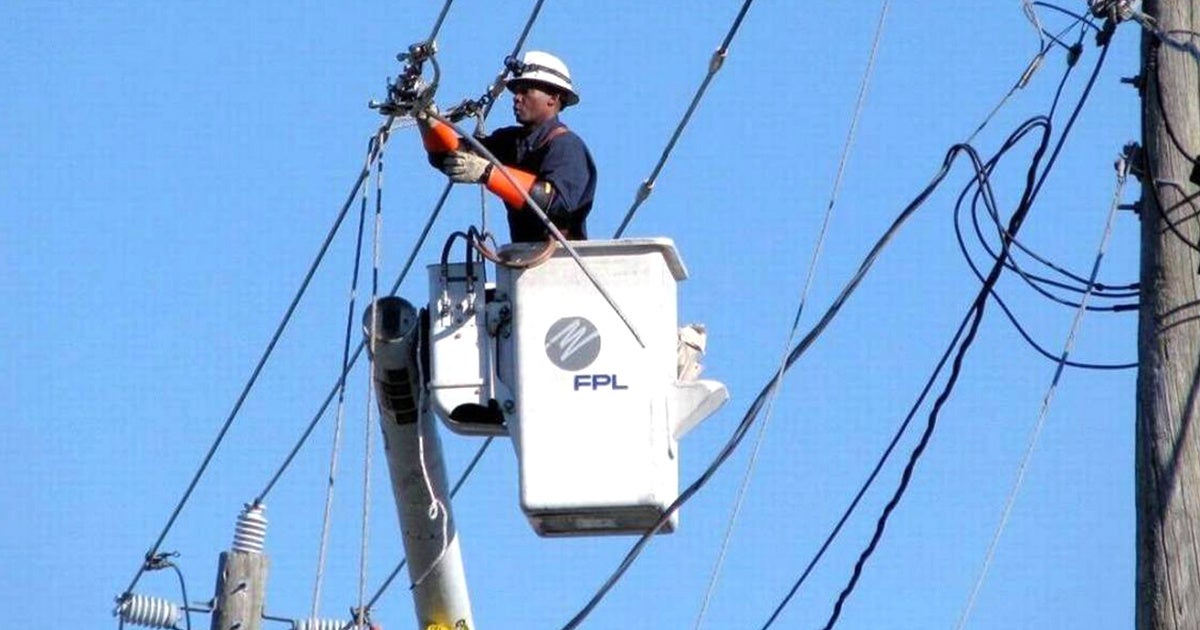 Millions of people in Florida are stuck without power in the wake of Hurricane Irma, and may have to wait for days or even weeks to turn their lights on again.

Three out of four Floridians lacked power at the peak of the outage earlier this week, while over 40 percent of the state remains unable to run refrigerators and air conditioners in sweltering late summer heat.

Thousands of utility workers from across the country are traveling to Florida to help repair the state’s grid and restore service, but utilities say some Floridians may not have power until after September 22.

“This is going to be a very uncomfortable time,” Robert Gould, vice president at Florida Power and Light, the state’s largest utility, told ABC.

“Utility companies made progress as they undertook a massive recovery effort, restoring power to some. At its peak, the Department of Homeland Security said about 15 million Floridians—an astonishing three out of four state residents—lacked power.

By early Wednesday, state officials gradually lowered the number of customers without power, dropping it to about 4.4 million from 6.5 million on Monday. Because each power company account can represent multiple people, the sheer number of residents without electricity was massive: Going by the Homeland Security estimates, at one point Irma had knocked out power to one out of every 22 Americans.”