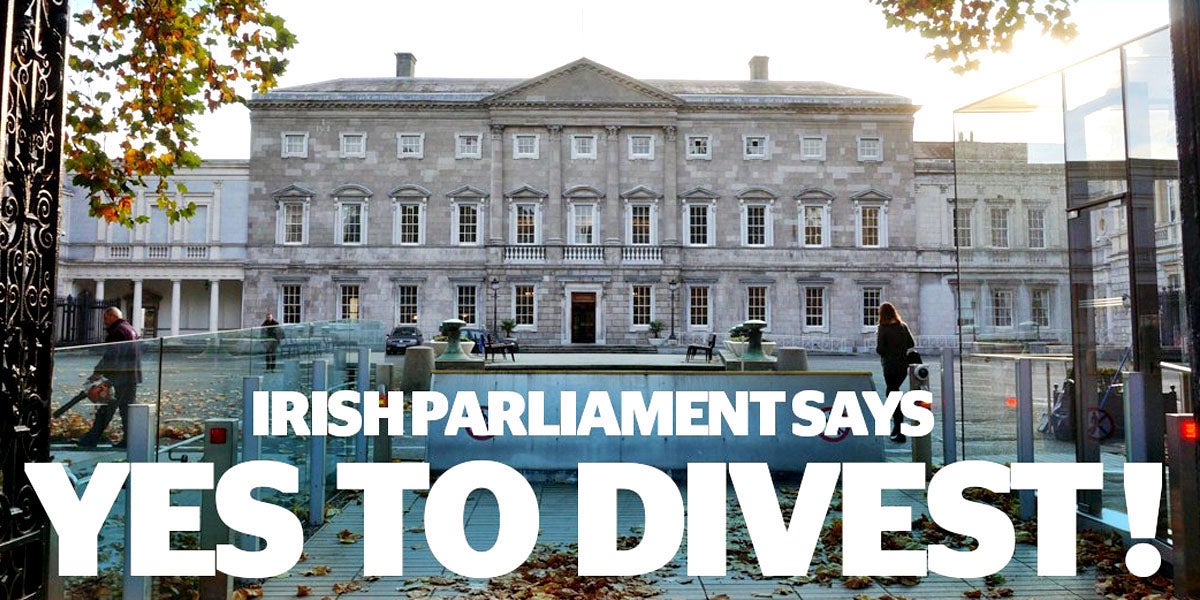 In a world’s first, the Irish Parliament voted 90 to 53 on Thursday in favor of a groundbreaking bill that would fully divest public money from coal, oil and gas.

Fossil Free Europe has hailed it as a “first-of-its-kind fossil fuel divestment legislation.”

The Fossil Fuel Divestment Bill, which was supported by almost all of Ireland’s political parties except the Fine Gael, will now go to the committee stage. According to The Independent, the bill is likely to pass into law in the next few months after it is reviewed.

Once enacted, the initiative would force the Ireland Strategic Investment Fund—a sovereign wealth fund worth more than €8 billion—to sell its investments in fossil fuel industries over the next five years and would also prohibit future investments in the sector.

Independent TD Thomas Pringle, who introduced the bill, said the legislation makes a powerful statement to the world.

“This principle of ethical financing is a symbol to these global corporations that their continual manipulation of climate science, denial of the existence of climate change and their controversial lobbying practices of politicians around the world is no longer tolerated,” Pringle said.

“We cannot accept their actions while millions of poor people in underdeveloped nations bear the brunt of climate change forces as they experience famine, mass emigration and civil unrest as a result.”

The Republic of Ireland has recently voted on a slew of green measures in order to fight climate change. In October, the Dáil Éireann (the country’s House of Representatives, so to speak) voted to ban fracking.

“With a climate-sceptic recently inaugurated into the White House, this move by elected representatives in Ireland will send out a powerful message,” said Trócaire executive director Éamonn Meehan.

“The Irish political system is now finally acknowledging what the overwhelming majority of people already know: That to have a fighting chance to combat catastrophic climate change we must phase out fossil fuels and stop the growth of the industry that is driving this crisis,” he added.

In the powerful video below, Green Party leader Eamon Ryan celebrates the bill as a clear message to the White House, which has embraced fossil fuels.

“Donald Trump—what an answer to him. What an answer to his secretary of state, Rex Tillerson,” Ryan said. “We are going to be selling your ExxonMobil shares, sir, because we don’t believe in the future that you stand for.”