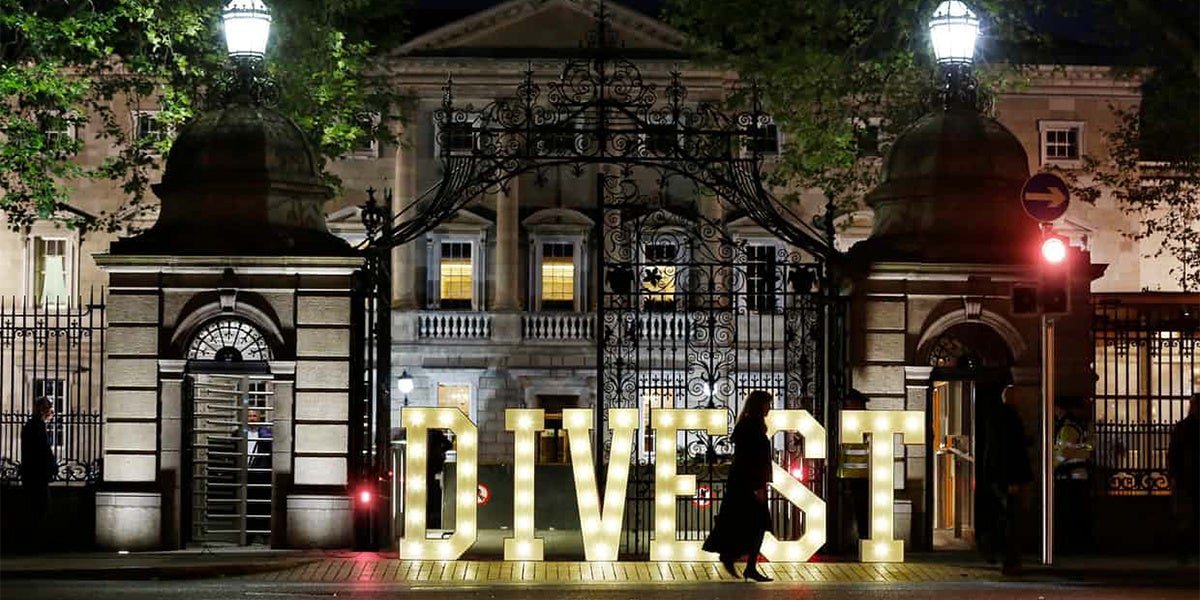 Ireland took a major step Thursday towards becoming the first country in the world to divest from fossil fuels, NPR reported.

The Dail, Ireland’s lower house of parliament, passed a bill Thursday which would require the country to divest its $10 billion fund from oil, coal, natural gas and peat “as soon as practicable.” The bill will now move to the country’s upper house, the Seanad, where it is expected to pass easily, most likely in September.

“The [divestment] movement is highlighting the need to stop investing in the expansion of a global industry which must be brought into managed decline if catastrophic climate change is to be averted,” Thomas Pringle, the independent member of parliament who introduced the bill, told The Guardian. “Ireland by divesting is sending a clear message that the Irish public and the international community are ready to think and act beyond narrow short term vested interests.”

Ireland’s fund currently holds more than €300 million in 150 fossil fuel companies. The bill defines a fossil fuel company as any company that makes 20 percent or more of its money from exploring, extracting or refining fossil fuels, but offers an exception for Irish companies that promise to move away from greenhouse-gas emitting fuels, The Guardian reported.

Ireland’s decision is a major victory for the fossil fuel divestment movement, which has persuaded universities, pension funds, insurers, churches and cities like New York to divest trillions of dollars, but has never prompted an entire country to act before.

Norway came the closest when a 2015 parliamentary vote divested it from coal specifically. Its central bank has also recommended that it divest its sovereign wealth fund from oil. But no country has divested from all fossil fuels, according to NPR.

“Ireland’s decision to divest from fossil fuels staggers me. It’s one of the landmark moments in what has become the largest campaign of its kind in history. Such thanks to all who fought,” divestment movement leader and 350.org founder Bill McKibben tweeted Thursday.

The bill’s passage is also a major step for Ireland, which ranked last among EU countries in the 2018 Climate Change Performance Index.

“Ireland has gained a reputation internationally in recent years as a ‘climate laggard’ … so the passing of this Bill is good news but has to mark a significant change of pace on the issue,” Éamonn Meehan, the executive director of the Irish Catholic organization Trócaire that campaigned for the bill said in a statement reported by NPR.

Now, Ireland is moving into a position to lead other countries in fighting climate change.

“Governments will not meet their obligations under the Paris agreement on climate change if they continue to financially sustain the fossil fuel industry. Countries the world over must now urgently follow Ireland’s lead and divest from fossil fuels.” bill drafter Gerry Liston of Global Legal Action Network told The Guardian.