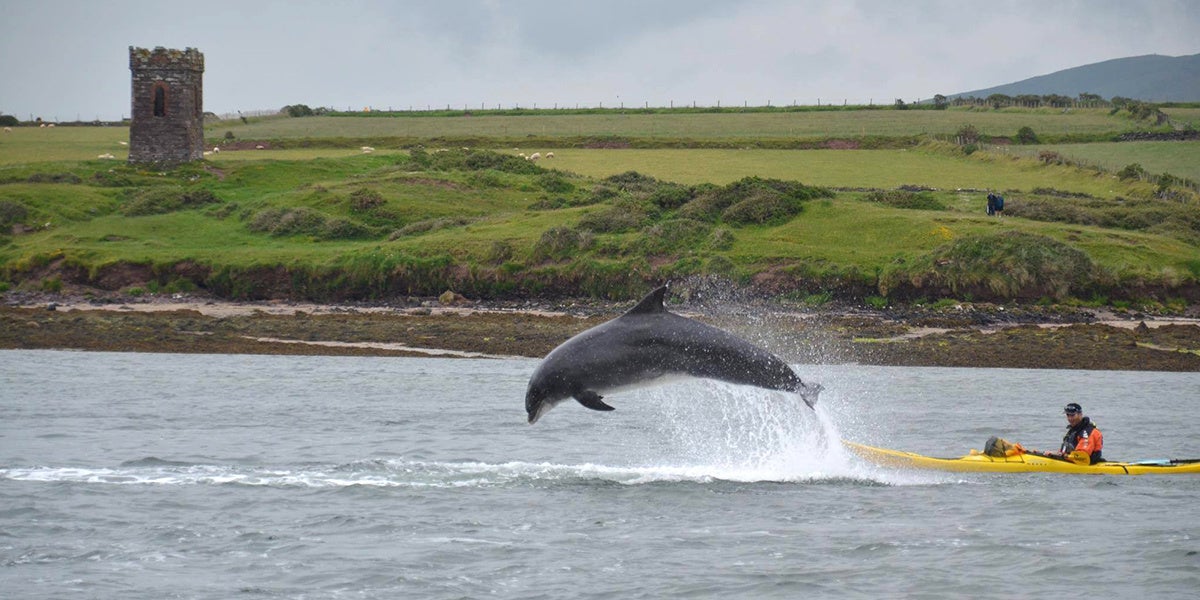 Fungie the dolphin in Ireland, where 250,000 bottlenose dolphins visit every summer. Belinda Wicks

Ireland’s Dáil Éireann, the country’s lower house of parliament, voted 78-48 Thursday to advance a bill to stop the government from issuing new contracts for both on and offshore
oil and gas exploration.

Despite
strong opposition from the Irish government, the legislation was backed by thousands of activists, campaigners, parliamentarians as well as a surprising supporter who believes in life after oil: Cher.

The “Climate Emergency Measures Bill,”
introduced by Solidarity-People Before Profit deputy Bríd Smith, underscores how fossil fuels are major contributors to climate change and how keeping them in the ground will prevent further damage to the environment.

“If we take the
Paris climate agreement seriously the Oireachtas (parliament) will support this bill,” Smith said during the vote.

Music icon Cher threw in her weight after a tweet from Green Party member Sinéad Mercier stating: “Ireland has 250,000 bottlenose
dolphins visiting our seas every summer—we want to become the fourth country in the world to ban oil and gas drilling to protect them!”

This is my fav Cher saving the earth #ClimateEmergency article – look at this cutie dolphin pic! I'm #moonstruck! https://t.co/WXWm7aRawk via @collegetimesct

In a follow-up tweet, Mercier presented two images of the various licenses for oil and gas drilling and
seismic airgun testing granted by the government.

“Ireland has amazing blue
whales, dolphins and cold water coral reefs in these areas,” she noted.

The bill now heads to the Committee Stage in the parliament for scrutiny.

“Yesterday, the vote on the Climate Emergency Bill was a triumphant win in the struggle to stop climate chaos and environmental destruction,” Ireland’s Green Party
tweeted Friday. “However, we have won the battle but not the war. We must make sure the bill is not stalled when at committee stage.”

The Irish government opposes the measure over “energy security” concerns.