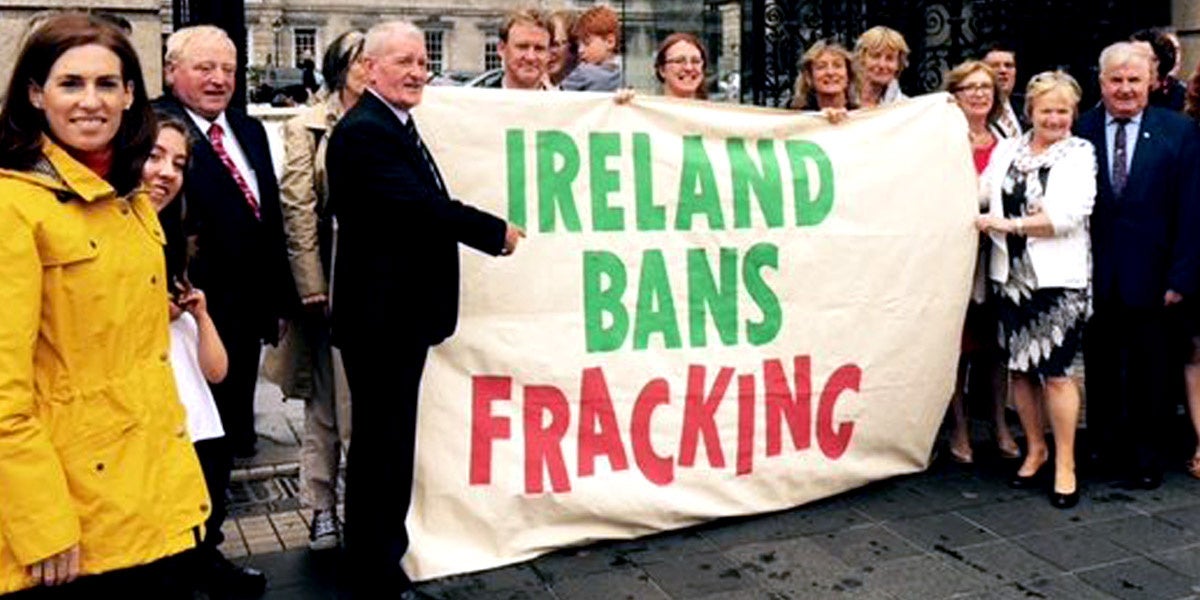 Ireland is set to ban onshore fracking after its Senate passed legislation on Wednesday that outlawed the controversial drilling technique.

The Petroleum and Other Minerals Development (Prohibition of Onshore Hydraulic Fracturing) Bill 2016 now awaits Irish President Michael D. Higgins’ signature. The president is expected to sign it into law “in the coming days.”

The Emerald Isle will join three other European Union member states, France, Germany and Bulgaria that have banned the practice on land.

Fine Gael TD Tony McLoughlin introduced the private member’s bill—meaning it was not introduced by the government—last year. The bill passed Ireland’s Parliament in May.

‘We’ve made history,” McLoughlin tweeted after the vote and called it one of the “proudest moments in my political career.”

Its done! Weve made history & become the 3rd state in the EU to ban #Fracking. One of proudest moments in my political career. Thanks to all pic.twitter.com/amTmuQAdRl

McLoughlin also issued a statement that mentioned the impact of fracking in the U.S.:

This law will mean communities in the West and North West of Ireland will be safeguarded from the negative effects of hydraulic fracking. Counties such as Sligo, Leitrim, Roscommon, Donegal, Cavan, Monaghan and Clare will no longer face negative effects like those seen in cities and towns in the United States, where many areas have now decided to implement similar bans to the one before us.

If fracking was allowed to take place in Ireland and Northern Ireland it would pose significant threats to the air, water and the health and safety of individuals and communities here.

Fracking must be seen as a serious public health and environmental concern for Ireland.

“A day to celebrate. A day for #ClimatePride. The Irish parliament has passed a law to #BanFracking. Here’s to a #FossilFree future,” the group tweeted:

A day to celebrate. A day for #ClimatePride. The Irish parliament has passed a law to #BanFracking. Here's to a #FossilFree future. pic.twitter.com/BP2ByfZGRO