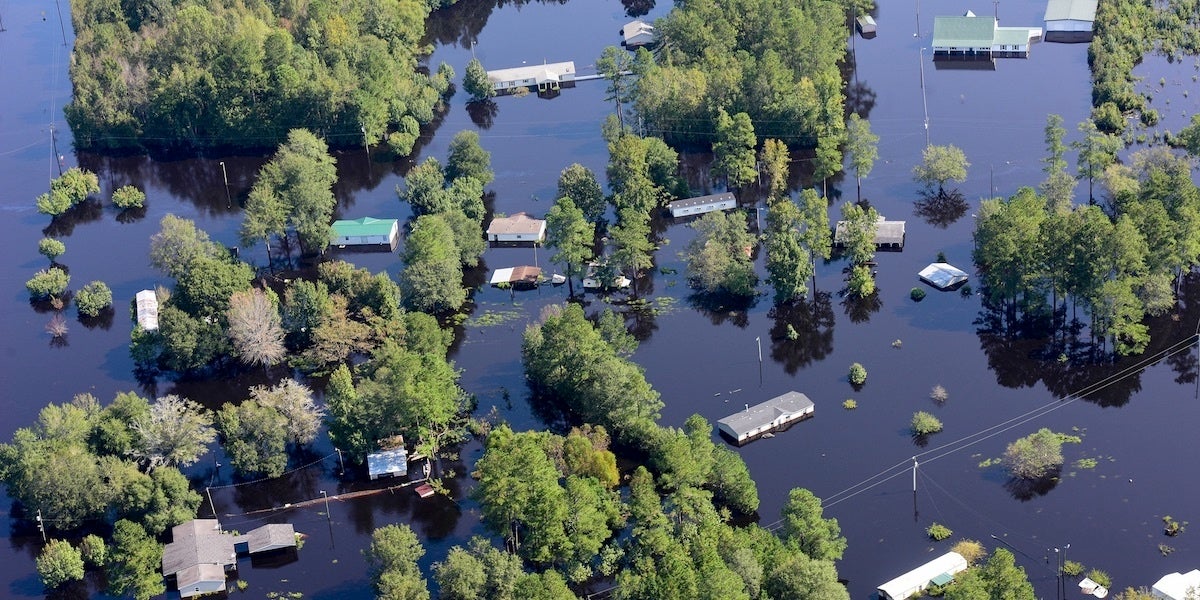 The United Nations’ 48th session of the Intergovernmental Panel on Climate Change (IPCC) opened its crucial meeting in Incheon, South Korea on Monday to deliver the authoritative, scientific guide for governments to stave off disastrous climate change.

“This is one of the most important meetings in the IPCC’s history,” chair Hoesung Lee of South Korea
said in his opening remarks.

South Korea is a fitting host country for the session after experiencing its
hottest summer on record, highest ever number of daytime heatwaves and tropical nights and new maximum temperature record of above 40°C (104°C) in 2018, the World Meteorological Organization noted.

“This is one of the most important meetings in the IPCC’s history”. https://t.co/a1e6EKt5uA #IPCC Chair Hoesung Lee kicks off @IPCC_CH meeting in Republic of Korea on the #ParisAgreement’s 1.5°C temperature goal #SR15 pic.twitter.com/kJIaFhWUso

The landmark
Paris agreement set a warming limit of “well below 2°C” over pre-Industrial Revolution levels with an aspirational 1.5°C target to avoid dangerous climate effects such as sea level rise, extreme weather and droughts.

After adopting the Paris accord in 2015, governments commissioned the IPCC to prepare a Special Report, or SR15, on the impacts of global warming of 1.5°C above pre-industrial levels. Earlier drafts of the report warn that human-induced warming will exceed 1.5°C by around 2040 if emissions continue at their present rate. Additionally, only “rapid and far-reaching” changes in the world economy can keep global warming below the internationally agreed target barrier, the draft said.

At this week’s meeting, IPCC scientists and government delegates will work together to distill the special report into a 15-page Summary for Policymakers, due for publication on Oct. 8, according to BBC News.

The diplomats might find themselves in the “awkward position of vetting and validating a major UN scientific report that underscores the failure of their governments to take stronger action on climate,”
Agence France Presse wrote.

Notably, this is the first IPCC report to be released since President Donald Trump‘s announcement to withdraw the U.S. from the Paris agreement last year. The U.S. is one of the world’s largest single emitters of greenhouse gases.

“This is the first report coming up for approval since the Trump administration took office,” Michael Oppenheimer, a professor of geosciences and international affairs at Princeton University, and an IPCC author on a another report-in-progress, told AFP.

It’s not clear how the U.S. government will respond to the report. However, a State Department spokesperson told AFP that veteran climate diplomat Trigg Talley will head the U.S. delegation, which another veteran IPCC author called “reassuring.”

“Never in the history of the IPCC has there been a report that is so politically charged,” Henri Waisman, a senior researcher at the Institute for Sustainable Development and International Relations, and one of the report’s 86 authors, added to AFP.

Last week,
The Washington Post revealed that the Trump administration not only acknowledges the existence of climate change, but also predicts that Earth will inevitably warm by as much as 7°F (4°C) by 2100.

As EcoWatch wrote, the 7°F estimate is based on what scientists predict will happen if no meaningful action is taken to reduce global greenhouse gas emissions. In such a world, ocean acidification would devastate coral reefs, parts of Miami and New York City would be underwater and large parts of the world would regularly suffer from extreme heat waves.

“We are on the edge and the climate impacts that scientists warned us about decades ago are here. This is our new reality,” the organization’s executive director Jennifer Morgan said in a press release. “This IPCC report will make clear the choices and the trade-offs. For decision makers around the world, it is now their responsibility to listen and step up with real climate leadership.”