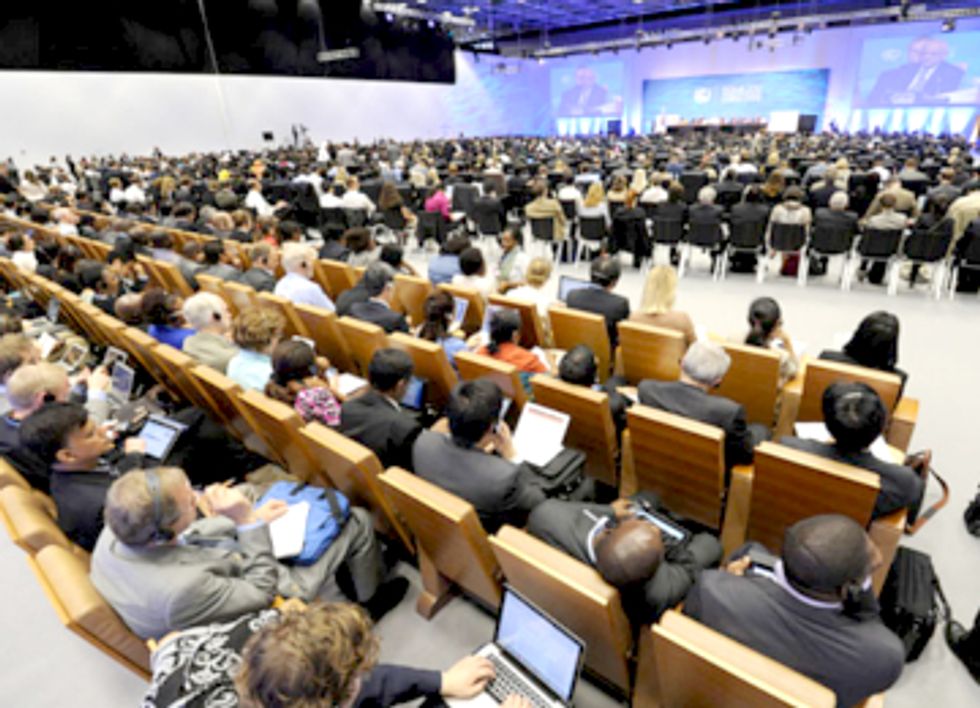 The Intergovernmental Panel on Climate Change (IPCC) has released its latest assessment of what science is telling us about the state of our planet. Researchers are more certain than ever before that humans are causing climate change and that some of its most dangerous impacts are accelerating faster than expected.

Many Americans already know this to be true. We have seen our own communities pummeled by more intense and more frequent heat waves, droughts and storms. But even as we witness one record-breaking event after another, we count on scientists to interpret the larger trends. The IPCC is the most authoritative group in the business.

More than 600 researchers from 32 countries reviewed more than 9,000 peer-reviewed studies for this report. They produced 2,000 pages of scientific analysis and worked through 56,000 comments. The assessment they produced is sweeping, comprehensive and inescapable.

The science is clear: we are gambling with the well-being of our kids and future generations.

Pollution from human activities is changing the Earth’s climate. We see the damage that a disrupted climate can do: on our coasts, our farms, forests, mountains and cities. Those impacts will grow more severe unless we start reducing global warming pollution now.

The IPCC panel noted, for instance, that seas could rise by three feet by the end of this century if we don’t rein in dangerous carbon pollution. Imagine what this could mean. Children born today might witness Miami becoming part of the Everglades, New Orleans sinking underwater and parts of New York looking more like Venice.

Some naysayers have pounced on reports that the rise in surface temperature was slower in the past 15 years than over the past 50 years. They leap from this to an unscientific claim that global warming is no longer a threat. The world’s scientists know this is nonsense.

Researchers will continue to refine the details of the interplay between natural cooling cycles and human-caused warming. But here is what we already know: the planet has not cooled. It has continued to warm, and the last decade was the hottest on record since 1850—even with two cooling cycles of La Niña.

Treating a temporary slowdown as a miracle that will save us from climate disruption would be the height of folly. The science tells us that if we fail to reduce global warming pollution, global temperatures will rise to dangerous levels and unleash devastating extreme weather events and accelerate destructive sea level rise. A few years of steady temperatures at record high levels won’t prevent the collision that awaits us.

Regardless of whether our car is speeding at 90 miles an hour or 85 miles an hour, we are still in the danger zone. The time has come to put on the brakes.

The single most important thing we can do to protect our communities from climate change is to reduce dangerous carbon pollution. Here in the U.S., power plants account for the largest source of these emissions—40 percent—yet plants are free to pump as much carbon as they want into the atmosphere. We owe it to our children and grandchildren to end the era of unlimited carbon now.

The Obama administration has begun this process. Last week it proposed the first-ever carbon limits for new power plants. Now it is preparing similar limits for existing power plants. States and utilities will likely have a great deal of flexibility in how they meet the standards for existing plants, including investing in energy efficiency, renewable power and carbon capture technology. Natural Resources Defense Council’s analysis shows that this approach can cut fleet-wide carbon pollution 26 percent by 2020 and save people money on their monthly electricity bills. It could also create a net increase of 210,000 jobs in 2020. That’s a great investment for today and tomorrow.

As we chart our path forward, we must always use science as our guide. Right now the evidence is sending a clear and resounding signal: act now to reduce carbon pollution and ensure our children inherit a more stable climate.