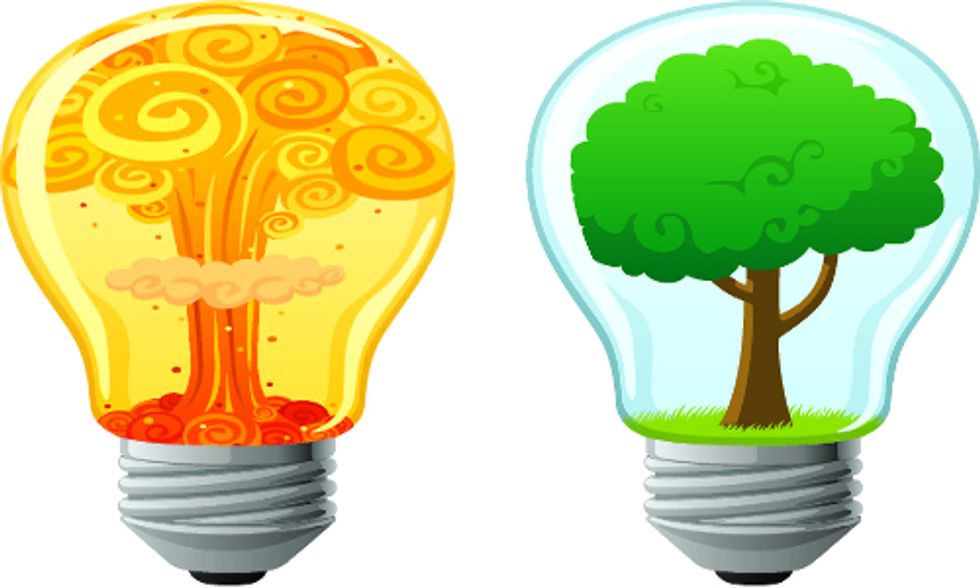 The authoritative Intergovernmental Panel on Climate Change (IPCC) has left zero doubt that we humans are wrecking our climate.

It also effectively says the problem can be solved, and that renewable energy is the way to do it, and that nuclear power is not. The United Nations’ IPCC is the world’s most respected authority on climate.

This IPCC report was four years in the making. It embraces several hundred climate scientists and more than a thousand computerized scenarios of what might be happening to global weather patterns.

The panel’s work has definitively discredited the corporate contention that human-made carbon emissions are not affecting climate change. To avoid total catastrophe, says the IPCC, we must reduce the industrial spew of global warming gasses by 40-70 percent of 2010 levels.

Though the warning is dire, the report offers three pieces of good news.

First, we have about 15 years to slash these emissions.

Second, renewable technologies are available to do the job.

And third, the cost is manageable.

Though 2030 might seem a tight deadline for a definitive transition to Solartopia, green power technologies have become far simpler and quicker to install than their competitors, especially atomic reactors. They are also far cheaper, and we have the capital to do it.

The fossil fuel industry has long scorned the idea that its emissions are disrupting our Earth’s weather. The oil companies and atomic reactor backers have dismissed the ability of renewables to provide humankind’s energy needs.

But the IPCC confirms that green technologies, including efficiency and conservation, can in fact handle the job—at a manageable price.

“It doesn’t cost the world to save the planet,” says Professor Ottmar Edenhofer, an economist who led the IPCC team.

Some climate scientists have recently advocated atomic energy as a solution to global warming. But their most prominent spokesman, Dr. James Hansen, also expresses serious doubts about the current generation of reactors, including Fukushima, which he calls “that old technology.”

Instead Hansen advocates a new generation of reactors.

But the designs are untested, with implementation schedules stretching out for decades. Financing is a major obstacle as is waste disposal and widespread public opposition, now certain to escalate with the IPCC’s confirmation that renewables can provide the power so much cheaper and faster.

With its 15-year deadline for massive carbon reductions, the IPCC has effectively timed out any chance a new generation of reactors could help.

And with its clear endorsement of green power as a tangible, doable, affordable solution for the climate crisis, the pro-nuke case has clearly suffered a multiple meltdown.

With green power, says IPCC co-chair Jim Skea, a British professor, a renewable solution is at hand. “It’s actually affordable to do it and people are not going to have to sacrifice their aspirations about improved standards of living.”