Vandals Kill Tens of Thousands of Honeybees in Iowa 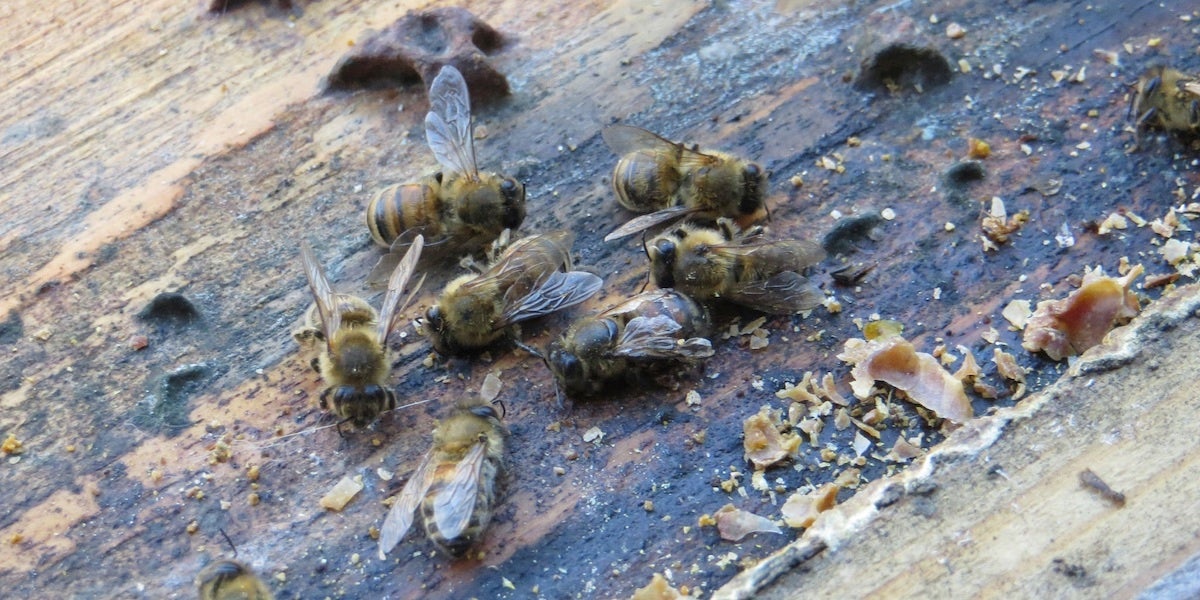 A farmer in Iowa lost tens of thousands of
honeybees and after vandals destroyed several hives on two separate occasions.

In a
Facebook post on Monday, Grateful Acres Farm northeast of Des Moines said it found three of its strongest hives smashed by logs, bricks and cinder blocks. Each hive can hold up to 60,000 insects, the Des Moines Register reported.

The tops were knocked off the containers, exposing the bees to days of heavy rain and causing most of the insects to perish, according to
USA TODAY. The hives also held about 150 pounds of winter honey stores, which was left open for other bees in the area for the taking.

This is not the first time Iowa hives were targeted by vandals. Earlier this year, two boys, 12 and 13, were charged with killing more than a half million bees and causing between $50,000 to $60,000 in damages at a honey business in Sioux City.

Jake Knutson, who owns Grateful Acres Farm, suspects that kids are also to blame for his trashed hives. He did not contact the authorities at first because he did not want to see youngsters face potential criminal charges, the Des Moines Register reported.

But on Wednesday, Knutson said
on Facebook that he filed a report with the police after finding another hive completely knocked over and another one teetering on the stand.

“That means whomever did this came back within the last day and a half with the intent to destroy them,” he wrote. “The first time I guessed it was curious kids and I was just wanting to speak to their parents but after the recent incident I filed a police report and will prosecute when they find them.”

The act cost an estimated $400 to $500 in damages, Knutson told the Des Moines Register. However, he said that the bigger loss was the time and effort it took to establish the hives and to build up the bees’ genetics to withstand Iowa winters.

A friend of Knutson’s created a
GoFundMe to help the farm recoup the costs.

“We will be able to recover on our own it just sucks when you invest that kind of time and labor only to have some a holes destroy it all,” Knutson wrote on Facebook. “Unfortunately this seems to be a growing trend so teach your kids about the important role bees play, seek out a bee keeper close to you and support them.”

Bees are a precious natural resource—an
estimated 35 percent of food production is dependent on pollination from the insects.

But declines in bee populations have been widely reported around the world in the past several decades. A report from the Center for Biological Diversity last year found that population levels of more than 700 North American bee species are declining due to a range of serious threats, including severe habitat loss and escalating pesticide use.