Investors: No More Flaring of Fracked Oil and Gas in Bakken Shale 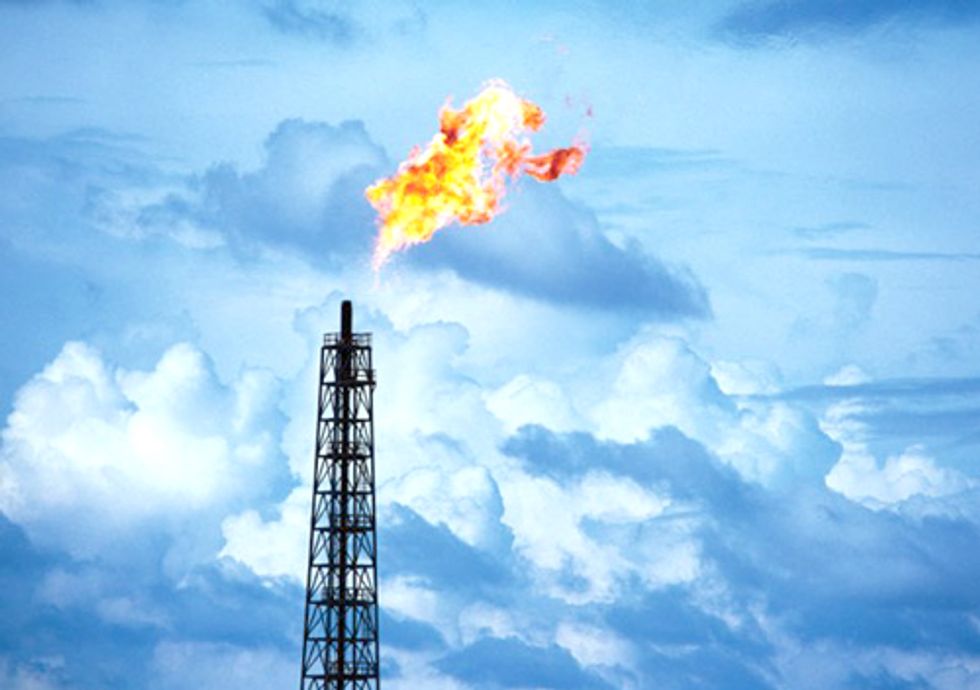 The debate over flaring unconventional oil and gas in shale basins across the U.S. has suddenly heated up immensely (excuse the bad pun).

On March 27, the Coalition for Environmentally Responsible Economy (CERES) penned a letter calling for an end to the practice, writing:

We are a group of 37 investors, representing $500 billion in total assets, who are concerned about the financial risks associated with the flaring of natural gas that has accompanied fast-proliferating oil production from shale formations in North Dakota, Texas and elsewhere in the U.S.

We are concerned that excessive flaring, because of its impact on air quality and climate change, poses significant risks for the companies involved, and for the industry at large, ultimately threatening the industry’s license to operate.

As you know, shale oil production, made possible by hydraulic fracturing technology,…is poised to become the world’s largest oil producer in the next five years, with nearly all of this projected growth coming from shale oil. …

On a lifecycle basis, emissions from oil produced with high flaring rates may be comparable to those from Canada’s vast oil sands region.

The letter ended by calling for the building up of proper infrastructure, such as pipelines and refineries, in order to push for an elimination of the dirty practice. CERES concluded the letter with a firm request, stating, "We therefore are writing to request information about the amount your company is currently flaring, as well as details about your plans to reduce flaring at existing wells and prevent it at future wells."

DeSmogBlog, in the heat of the ongoing debate over TransCanada's proposed Keystone XL tar sands pipeline, noted in late January that the derailing of the northern portion of the pipeline could mean more gas flaring in the Bakken Shale basin, located in North Dakota, due to lack of pipeline infrastructure needed to bring the gas to market.

The original Keystone XL game plan included a key slice of the pie located in the northern U.S., known by the oil and gas industry as the TransCanada Bakken Marketlink project. This project would move the oil and gas obtained via the hydraulic fracturing ("fracking") process in the Bakken, as well as tar sands crude from Alberta, southward toward Cushing, Okla., eventually making its way to Port Arthur, Texas.

The southern half of that pie is known as the Cushing Marketlink project, located in Cushing, Okla., a city President Obama recently sojourned to on the campaign trail.

President Obama has delayed a decision on the fate of the northern half of the pipeline until after the November 2012 elections. And that means the oil and gas obtained via fracking in the Bakken Shale will continue to be flared at surreal rates.

As we explained in January, "…if the Marketlink Project goes down in flames…that means, ironically, more flames in the form of gas flaring."

In an overlooked September 2011 investigation, The New York Times revealed that the oil and gas industry flares roughly 30-percent of the gas fracked from the Bakken Shale.

Every day, more than 100 million cubic feet of natural gas is flared this way—enough energy to heat half a million homes for a day.

The flared gas also spews at least two million tons of carbon dioxide into the atmosphere every year, as much as 384,000 cars or a medium-size coal-fired power plant would emit, alarming some environmentalists.

Why flare? The industry answer is quite blunt.

“I’ll tell you why people flare—It’s cheap,” said Troy Anderson to The Times, lead operator of a North Dakota gas-processing plant owned by Whiting Petroleum in The Times article.

“Pipelines are expensive: You have to maintain them. You need permits to build them. They are a pain.”

We've seen this play out before and history shows that flaring can cause devastation on a massive scale.

Look to the Niger Delta for Exhibit A. Friends of the Earth UK, in an October 2004 press release, laid it out:

The flares also contain widely-recognised toxins, such as benzene, which pollute the air. Local people complain of respiratory problems such as asthma and bronchitis. According to the U.S. government, the flares contribute to acid rain and villagers complain of the rain corroding their buildings. The particles from the flares fill the air, covering everything with a fine layer of soot.

Local people also complain about the roaring noise and the intense heat from the flares. They live and work alongside the flares with no protection.

The Independent of London, in June 2010, noted that Nigeria's gas flares were visible from outer space. In that article, Christopher Cragg, now senior vice president of operations of Oil States International, Inc. and director of Powell Industries, Inc., stated the following of flaring:

It is one of the largest single pointless emissions of greenhouse gas on the planet, with obvious implications for climate change that will not only affect Nigeria, but also the rest of the world.

An important documentary on flaring in the Niger Delta, titled, Poison Fire, can be seen below.

Nigeria has been ravaged at the hands of gas flaring. Will North Dakota's Bakken and other shale basins go the way of the Niger Delta?

The evidence is a bit ominous.

For example, gas flared in the Bakken, like in Nigeria, can be seen from outer space, a stark portrayal of the vast amount of gas being flared off in North Dakota on a daily basis.

So, kudos to CERES for taking on this fight. If you're going to drill it, use it. If not, leave it in the ground.

Life for humanity on earth as we know it, after all, depends on it.