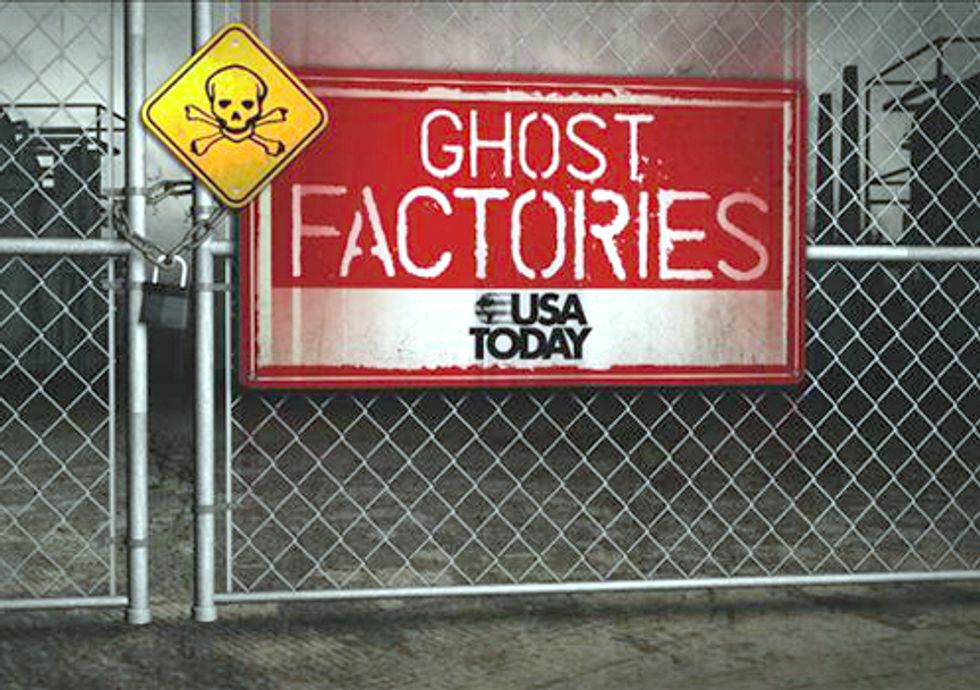 Ken Shefton is furious about what the government knew eight years ago and never told him—that the neighborhood where his five sons have been playing is contaminated with lead.

Their Cleveland, Ohio home is a few blocks from a long-forgotten factory that spewed toxic lead dust for about 30 years.

The U.S. Environmental Protection Agency (EPA) and state regulators clearly knew of the danger. They tested soil throughout the neighborhood and documented hazardous levels of contamination. They never did a cleanup. They didn’t warn people living nearby that the tainted soil endangers their children.

“I needed to know that,” Shefton said. “I’ve got a couple of kids that don’t like to do nothing but roll around in the dirt.”

More than a decade ago, government regulators received specific warnings that the soil in hundreds of U.S. neighborhoods might be contaminated with dangerous levels of lead from factories operating in the 1930s to 1960s, including the smelter near Shefton’s house, Tyroler Metals, which closed around 1957.

Despite warnings, federal and state officials repeatedly failed to find out just how bad the problems were. A 14-month USA TODAY investigation has found that the EPA and state regulators left thousands of families and children in harm’s way, doing little to assess the danger around many of the more than 400 potential lead smelter locations on a list compiled by a researcher from old industry directories and given to the EPA in 2001.

In some cases, government officials failed to order cleanups when inspectors detected hazardous amounts of lead in local neighborhoods. People who live nearby—sometimes directly on top of—old smelters were not warned, left unaware in many cases of the factories’ existence and the dangers that remain. Instead, they bought and sold homes and let their children play in contaminated yards.